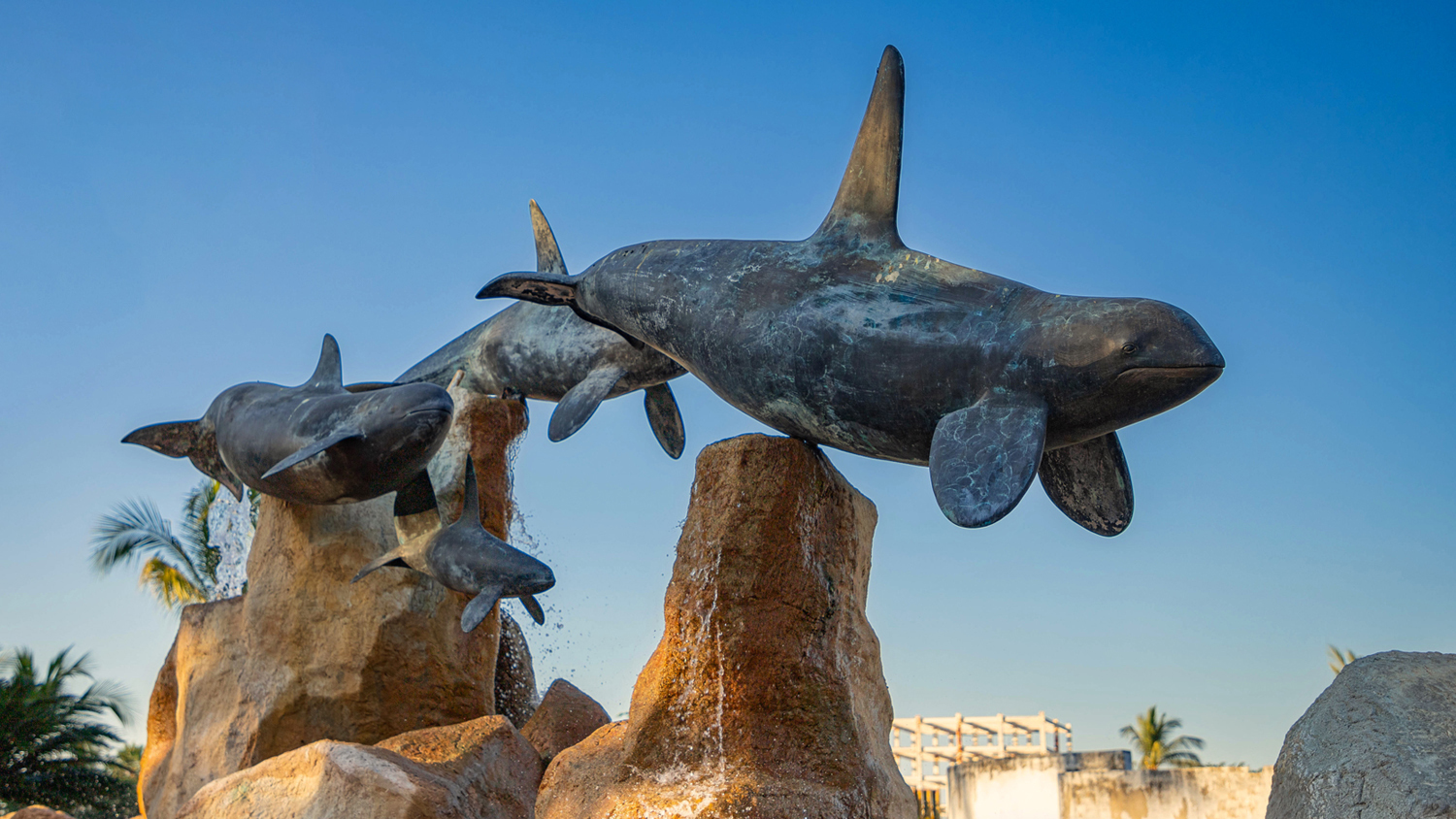 An artistic “hidden” gem of our destination, the sculpture Las Orcas (The Killer Whales) was created by Octavio González, one of Puerto Vallarta’s most prolific sculptors.

Located right in front of the Velas Resort hotel in Marina Vallarta, this beautiful work represents the majesty of these animals in motion, a spectacle that has been becoming a little more common in Banderas Bay during the humpback whale watching season (December to March each year).

Las Orcas is beautifully placed in a garden and stands out for the water fountain that actually gives it a life of its own.

Originally from Tepatitlán de Morelos, Jalisco, Octavio González Gutiérrez started off in the arts drawing portraits. Currently, his sculpture portfolio is composed by more than 60 works distributed in Puerto Vallarta, as well as in other cities of Mexico and United States.

Vallarta · Nayarit: Its Benefits for a Healthy Body

Taking care of your body is much easier in a destination like Vallarta · Nayarit, where its well-utilized...
Jorge Chávez
445 views
Health & Beauty

If you want a deeper understanding of this coastal town in the Mexican state of Jalisco, you need to find out...
Jorge Chávez
673 views
Viewfinder