Puerto Vallarta Futbol Club: The Path to Professionalism of Our Destination’s Players 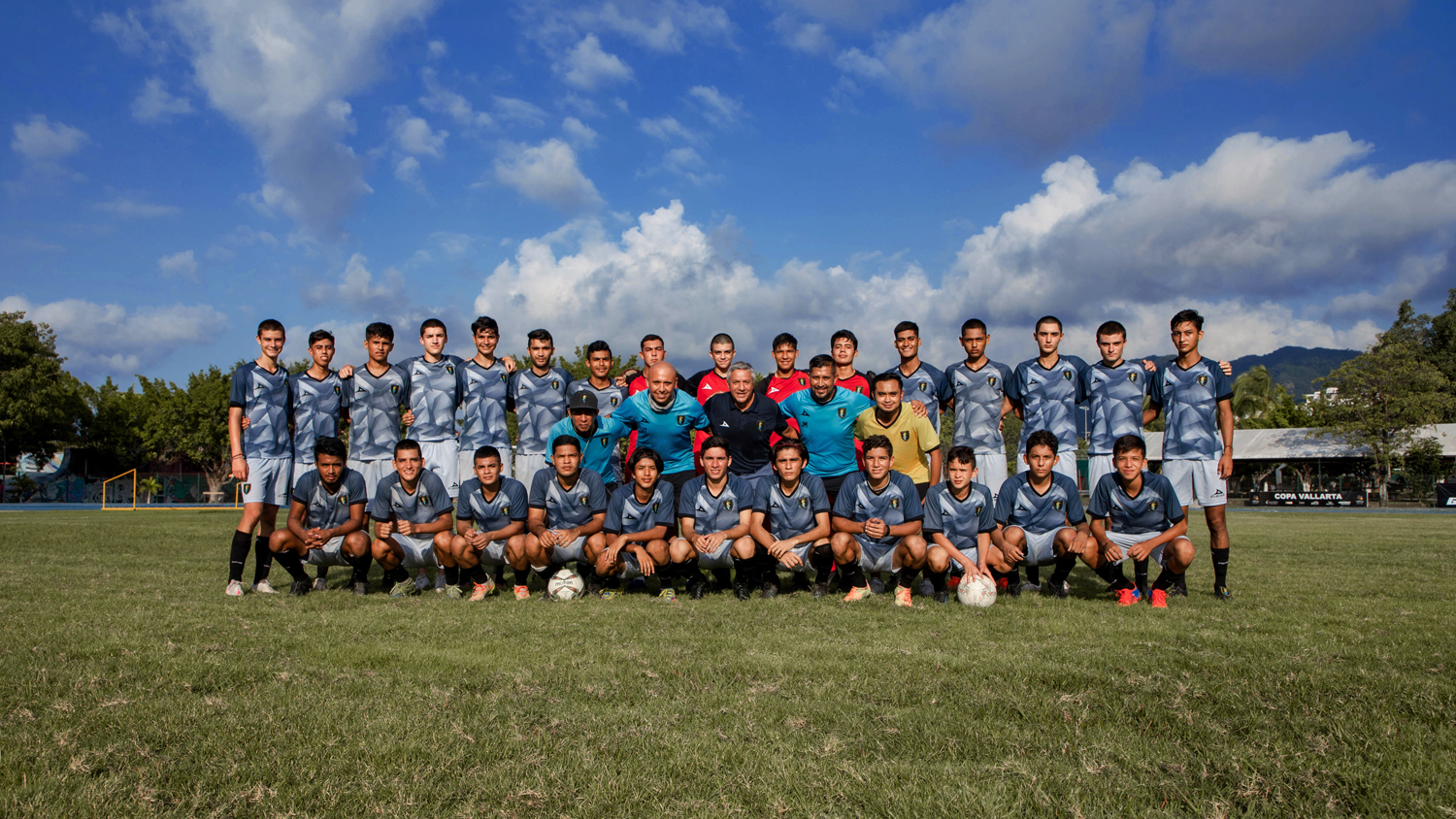 Formed on June 18th, 2019, the Puerto Vallarta Futbol Club emerged with the aim of promoting this sport among our destination’s young people (15 to 19 years old). Currently, this team participates in the Mexico’s Liga TDP (Professional Third-League Division). 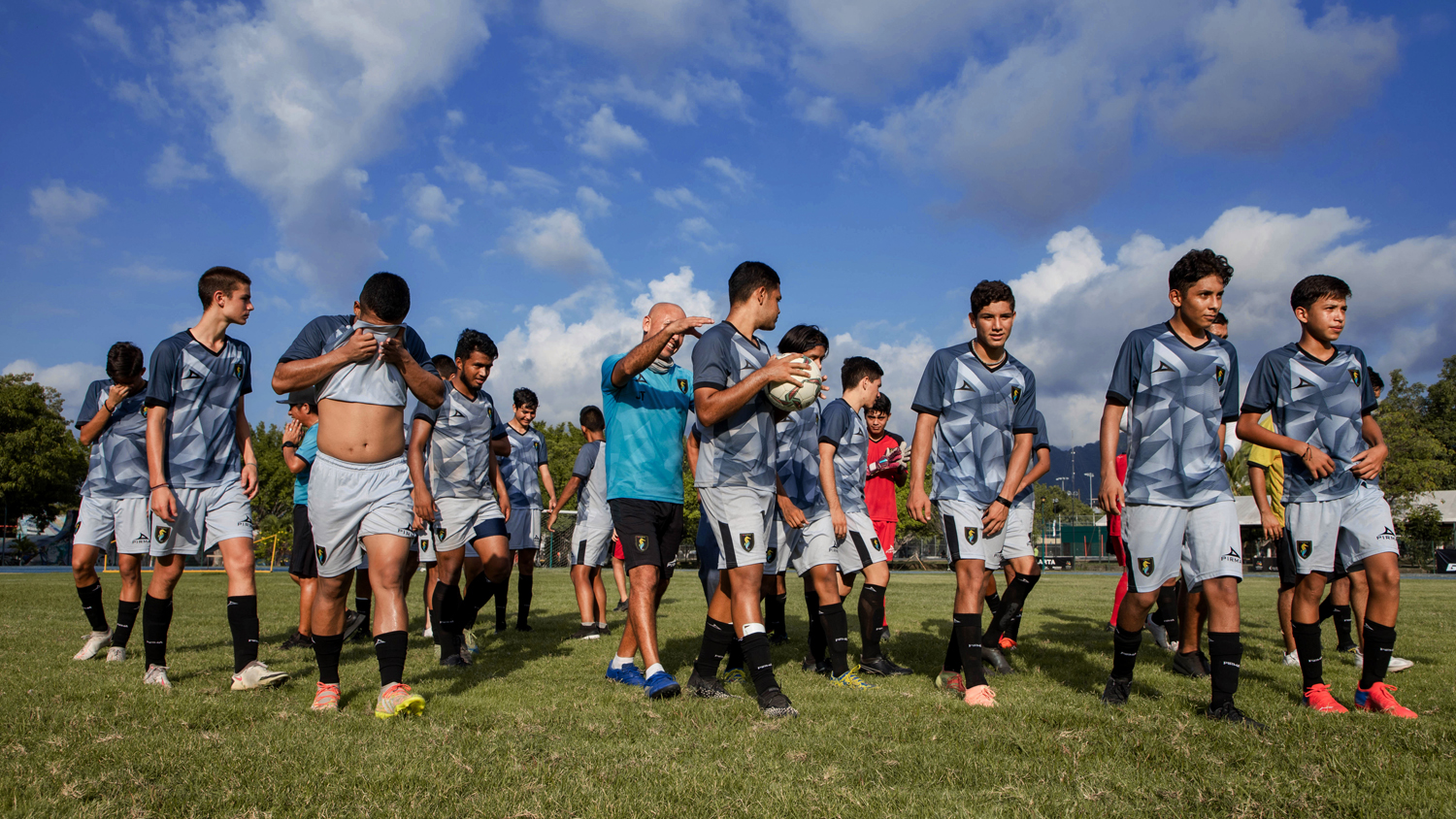 To learn a little bit more about the history and vision of this team, Vallarta Lifestyles had the opportunity to talk with Ignacio Báez, owner and sporting director of this franchise, who kindly received us on the Cancha 1 (Main Soccer Field) of the “Agustín Flores Contreras” Sports Unit during one of the evening training sessions.

The idea of creating this soccer team arose during an incentive trip that Báez enjoyed in Puerto Vallarta: “At the end of 2018, my wife and I came to enjoy this destination for the first time. As we stayed at the Sheraton Buganvilias Resort & Convention Center, every time we went up or down the elevator, I looked at the fields of the sports unit and think about the atmosphere that could be experienced on Sundays during a match. At that time, I thought it would be nice to offer my experience to contribute to the professionalization of this beautiful sport here in the bay,” he explains. 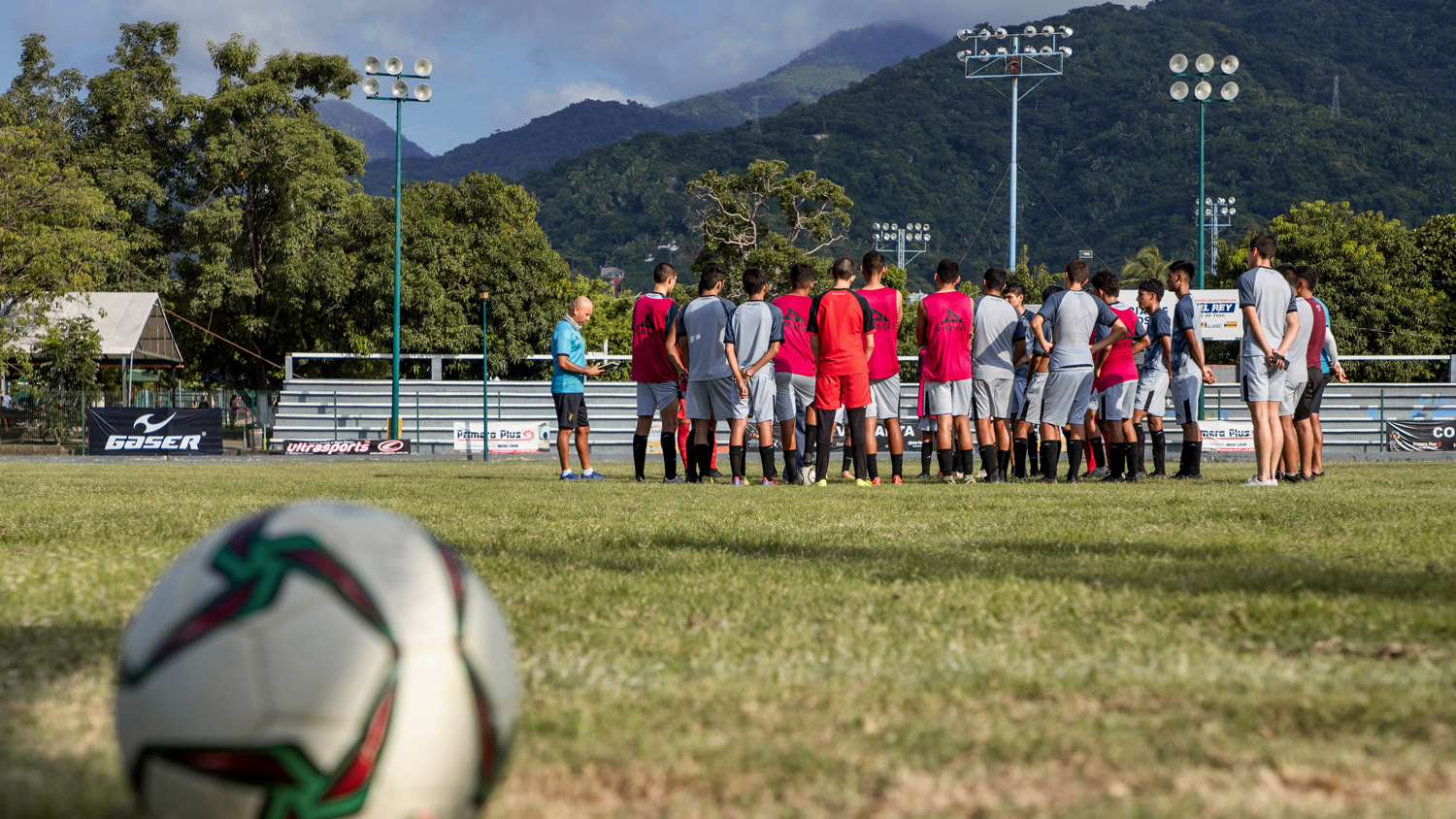 In this way, Báez arrived in Vallarta · Nayarit at the beginning of 2019 to settle down permanently and in just a few months, with the help of a talented and growing network of contacts, he established and started the Puerto Vallarta Futbol Club.

“In the initial sport scouting, more than 100 young people from the 2000-2005 categories participated, who came from different region soccer teams. From all of them, we were able to select 30 players who started the professional tournament in the first week of September 2019.”

“My coaching staff is made up of Juan Torres, Víctor Manuel Langarica and Héctor Casasola,” he adds. 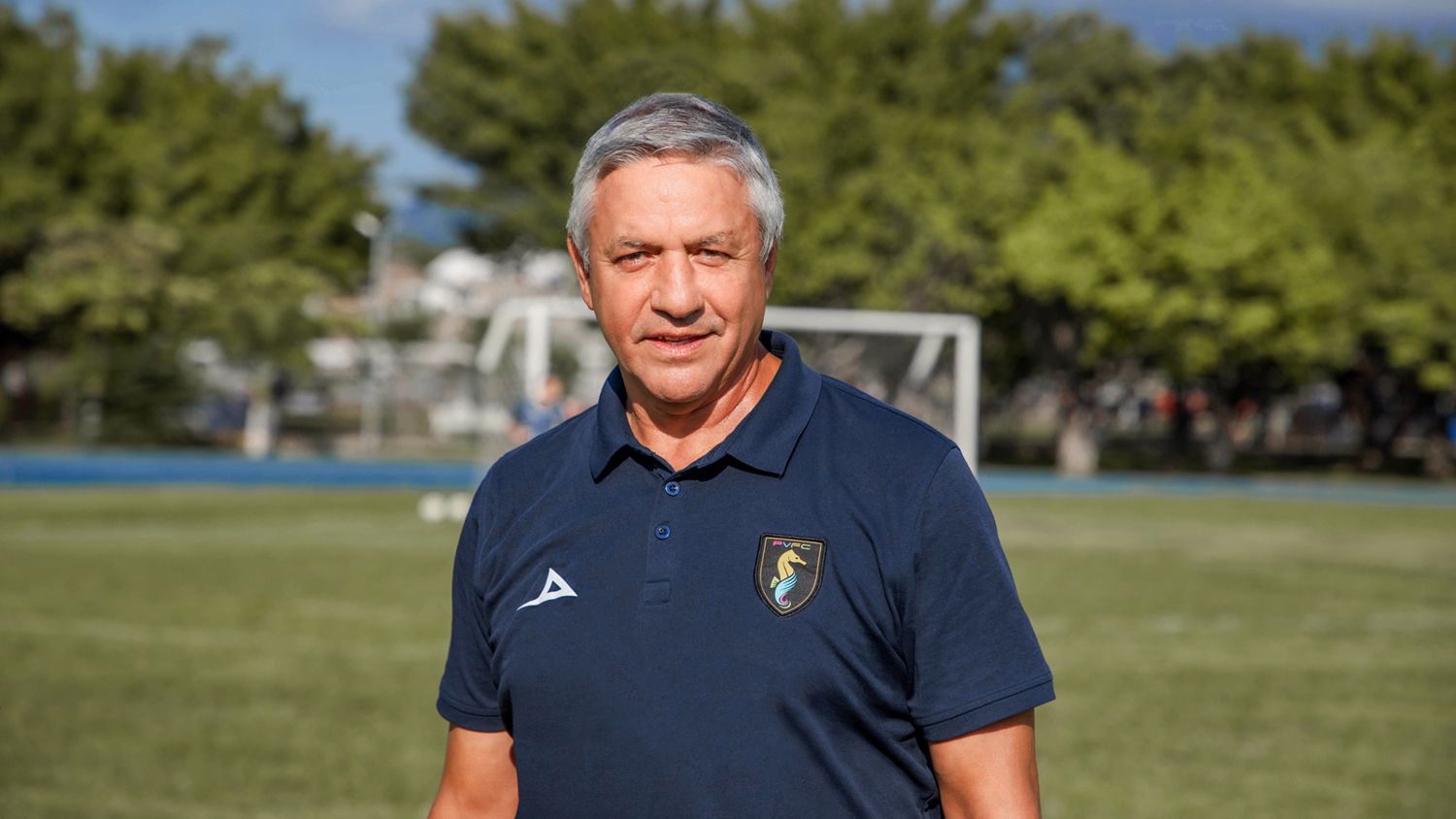 Originally from the state of Michoacán, Báez moved to the United States when he was a child, where he lived much of his life and developed a taste for soccer. However, life would bring him back to Mexico.

“One of my brothers is a lawyer and he started working for Televisa, so he got me an interview with the directors of Club América, where I had a very short stay in the 76-77 season,” he explains.

After professionally retiring and while he was in the United States, Báez dedicated himself to collaborating in different soccer projects with young people between 10 and 20 years old, until the trip to Puerto Vallarta was presented. 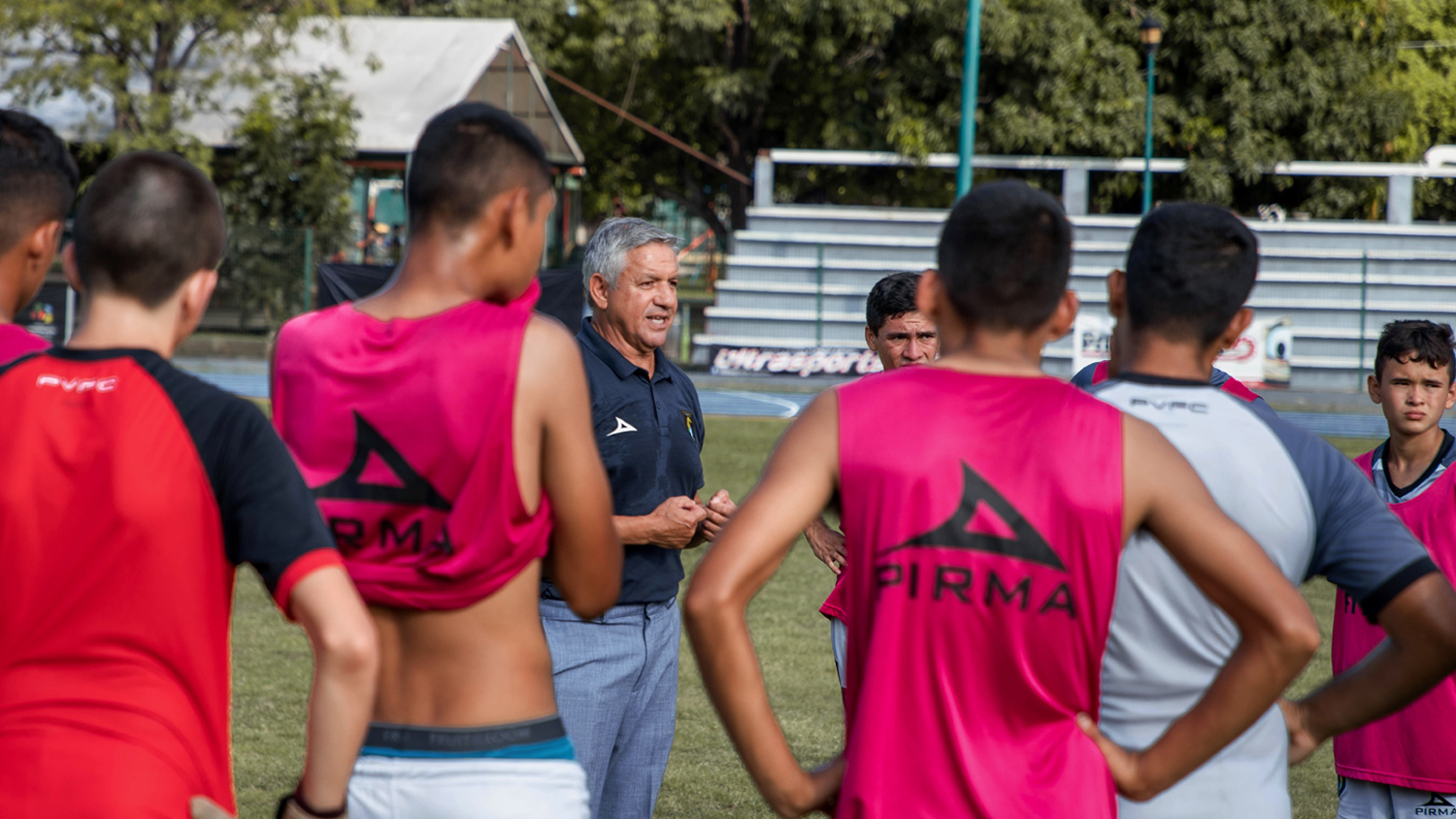 It could be said that Puerto Vallarta Futbol Club vision is composed of five main objectives:

The best way to enjoy the soccer experience is by going to the stadium (Puerto Vallarta Futbol Club home matches are played every two Saturdays at 11:00am on Cancha 1 or Main Soccer Field of the “Agustín Flores Contreras” Sports Unit). 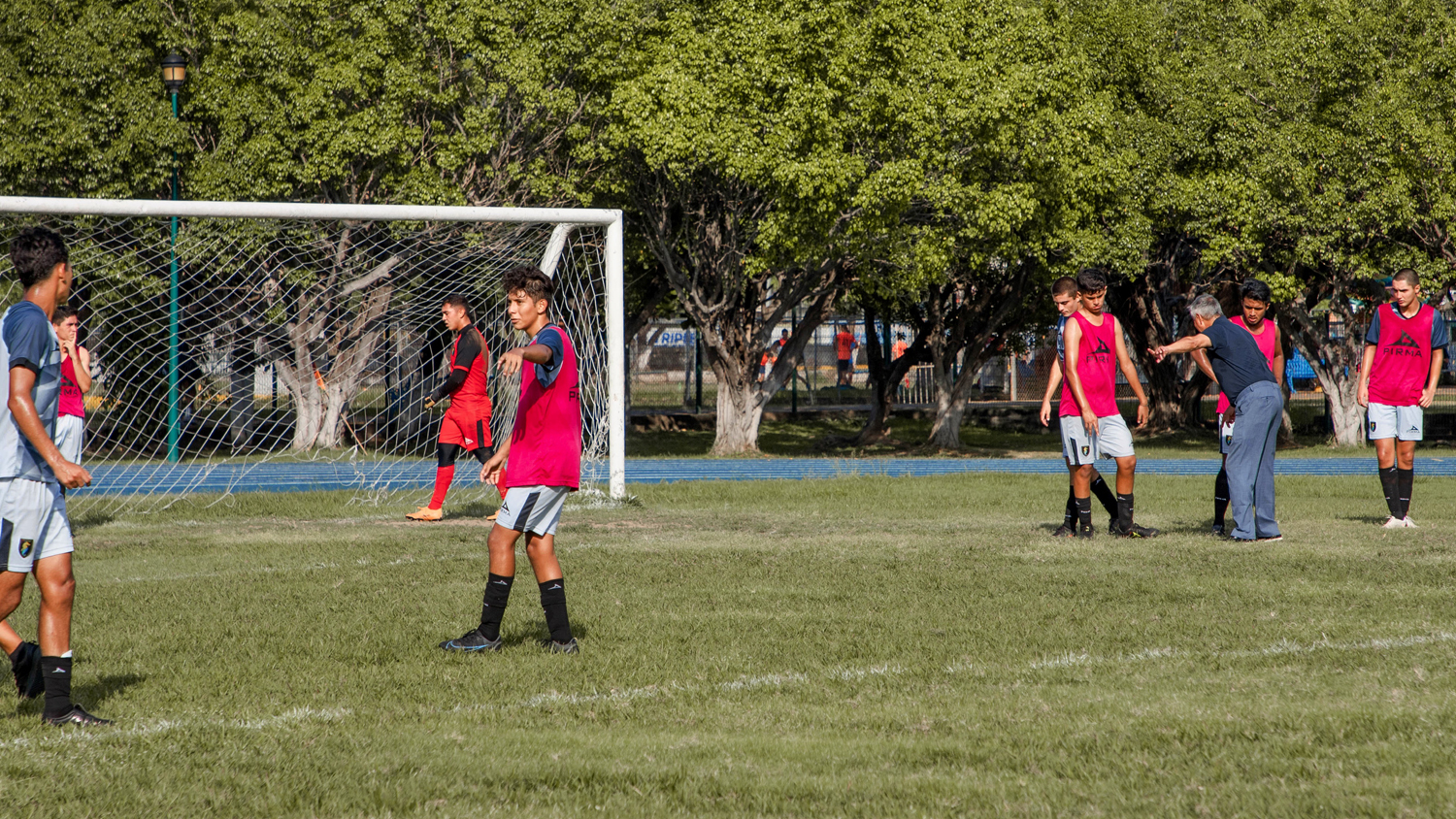 On the other hand, live broadcasts can be followed through PV Sports.

Since the beginning of 2022, Puerto Vallarta has experienced an increase in the arrival of visitors.
Jorge Chávez
743 views
News

One of the most memorable activities of both visitors and residents alike in our destination is strolling...
Jorge Chávez
264 views
Activities