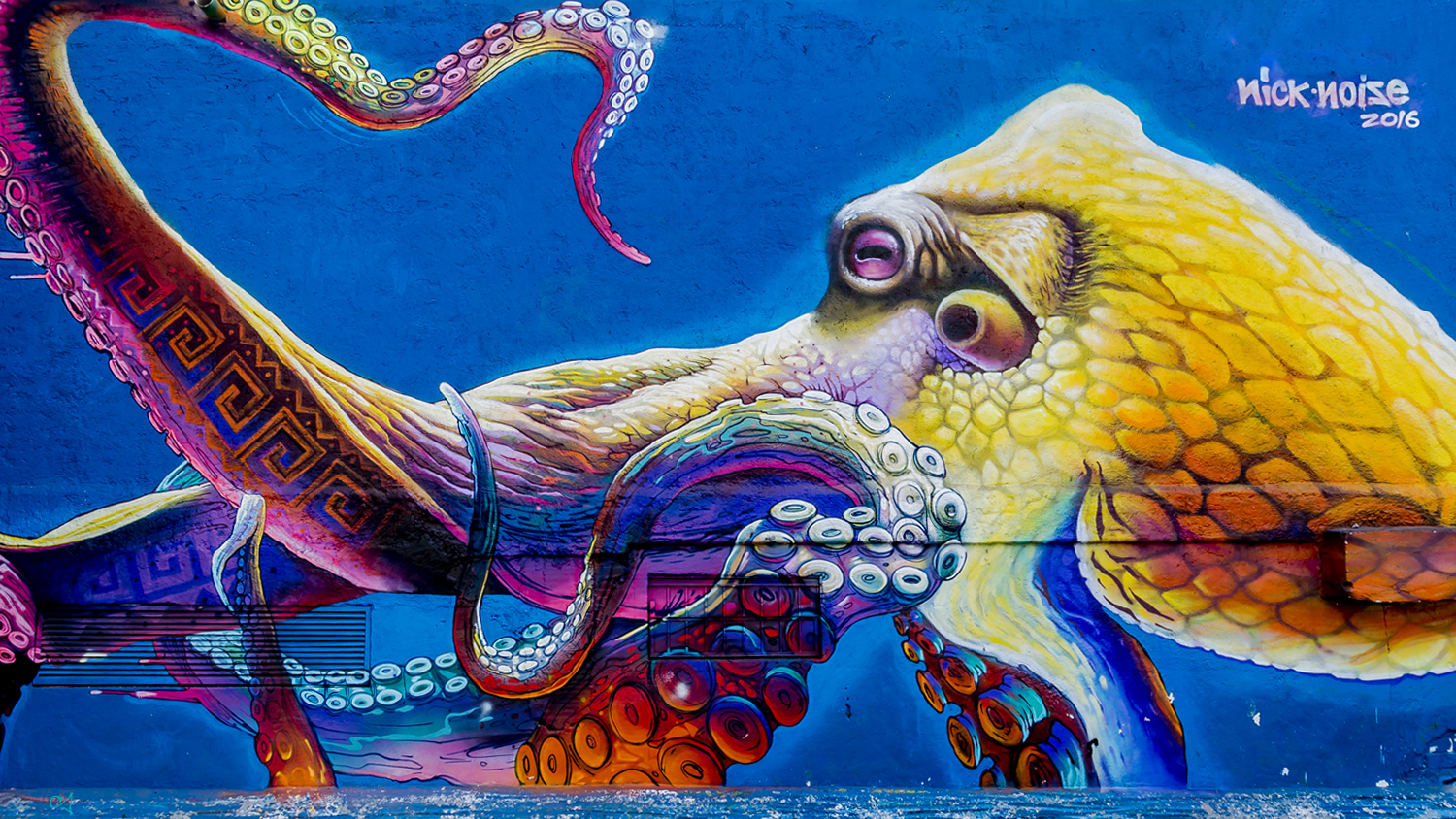 Within that same collection of marine murals done at the end of 2016, an impressive work was created on one of the walls that surround the basketball courts behind the Parroquia de Nuestra Señora del Refugio.

It is a collaboration between a Mexican, Noise (@noise_275), and an American, Nick. These two renowned artists worked together to create an amazing octopus, with very unusual details on its head and the suction cups on its tentacles. To give it a Mexican touch, some characteristic elements of Mexico’s early indigenous architecture were added to a pair of its extremities.

Different Puerto Vallarta events bring the community together for enjoying celebrations, delicious food, and...
Jorge Chávez
2,217 views
What to Do

The Fundación Crecento is organizing a dinner with cause to support “El Cora” Crocodile Sanctuary.
Jorge Chávez
141 views
Events