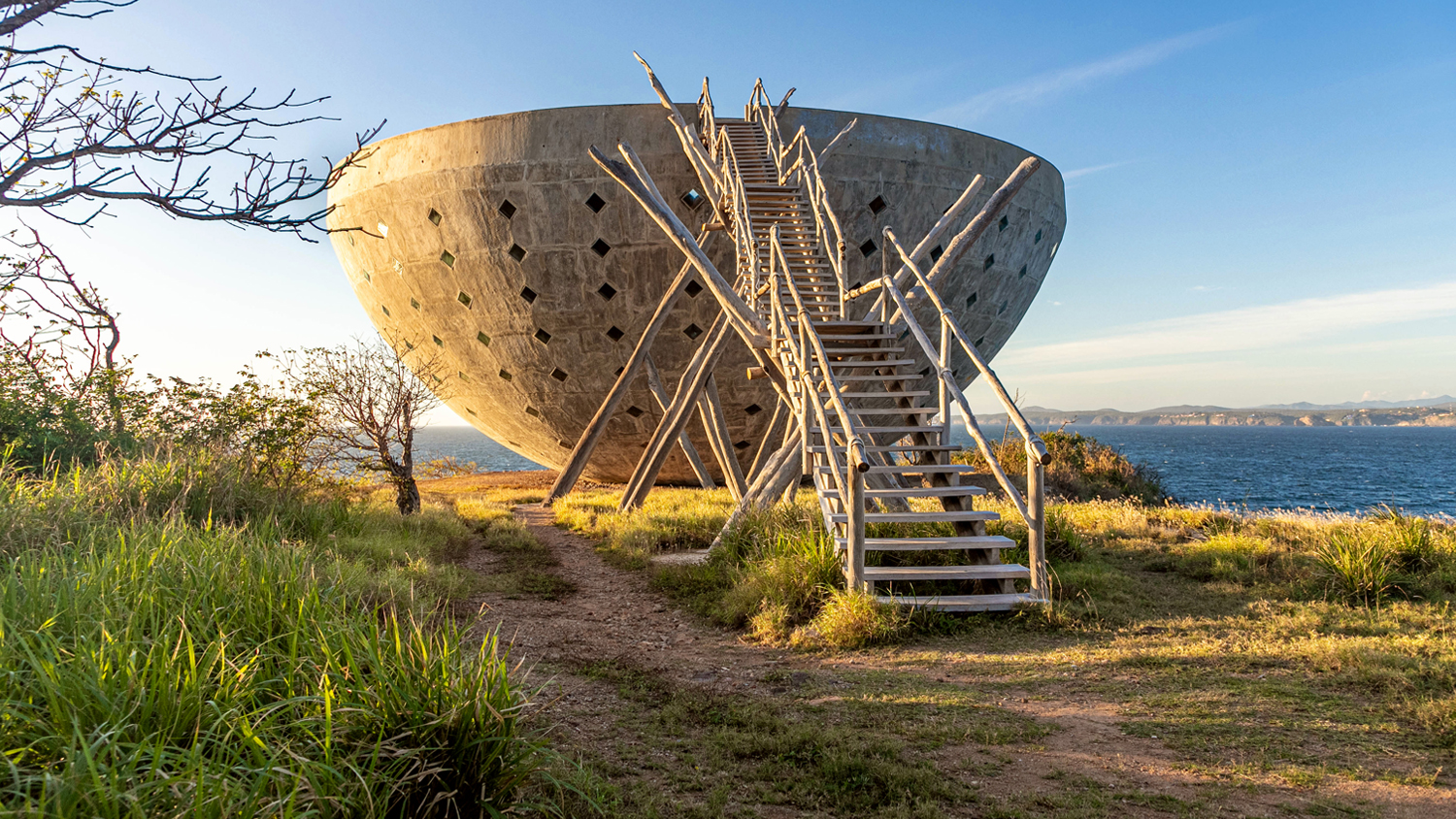 Located just three hours (105 miles) from Puerto Vallarta by car, Costa Careyes is a destination where the exuberance, nature and symbolism converge in an area covering 3,706 acres. Conformed by luxury villas, this place has captivated international personalities due to its colorful and impressive architecture. In addition, its climate and blue waters evoke a lifestyle replete with comfort, privacy and exclusivity.

This destination is home to La Copa del Sol (Cup of the Sun), an extraordinary monument majestically perched on a cliff overlooking Teopa Beach.

The history of La Copa del Sol began in January 2004, when the Mexican Navy decided to demolish an old lighthouse that stood on the edge of the magnificent Teopa Beach peninsula for decades. As they wanted to remove it due to its poor conditions, this situation opened up a new possibility for Gian Franco Brignone, the founder of Costa Careyes.

In 2006 was conclude the construction of La Copa del Sol, a concrete structure 88 feet in diameter that is located at the top of a spectacular cliff. For Brignone, this imposing enclosure represented a tribute to triumph; however, years later, he would find a meaning related to femininity, turning it into a veneration of women. Due to its half sphere-shape design, it is possible to climb up a wooden staircase of 27 steps to a kind of box, where you can see the internal cavity of the cup and the horizon with the spectacular fusion of the sky and sea.

La Copa del Sol is a place to meditate, transmute energy or simply forget about the world for a moment. From the heights, you can admire one of the most spectacular sunsets of the world.

Gian Franco offered this artwork as a gift to Costa Careyes and Mexico. 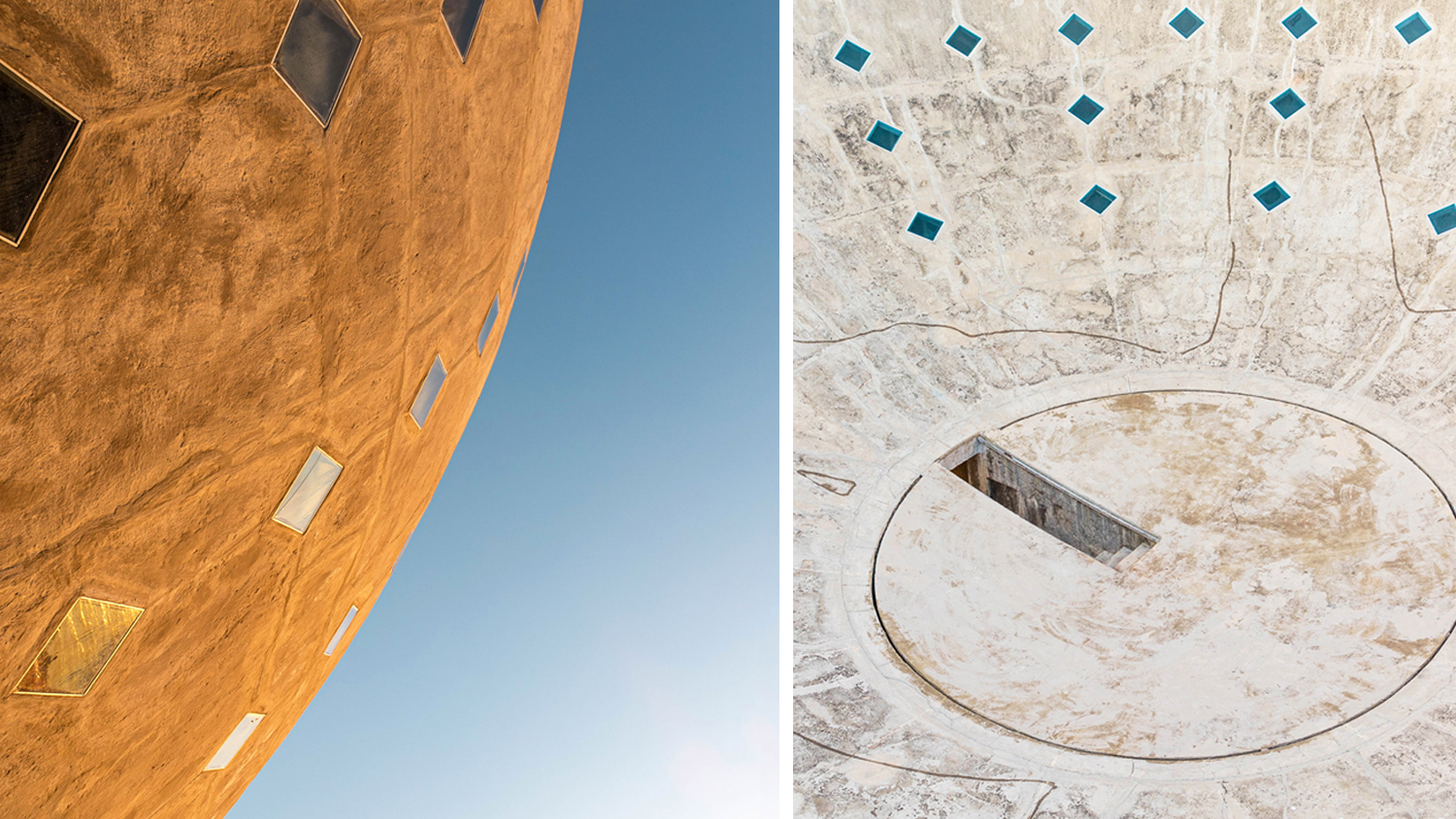 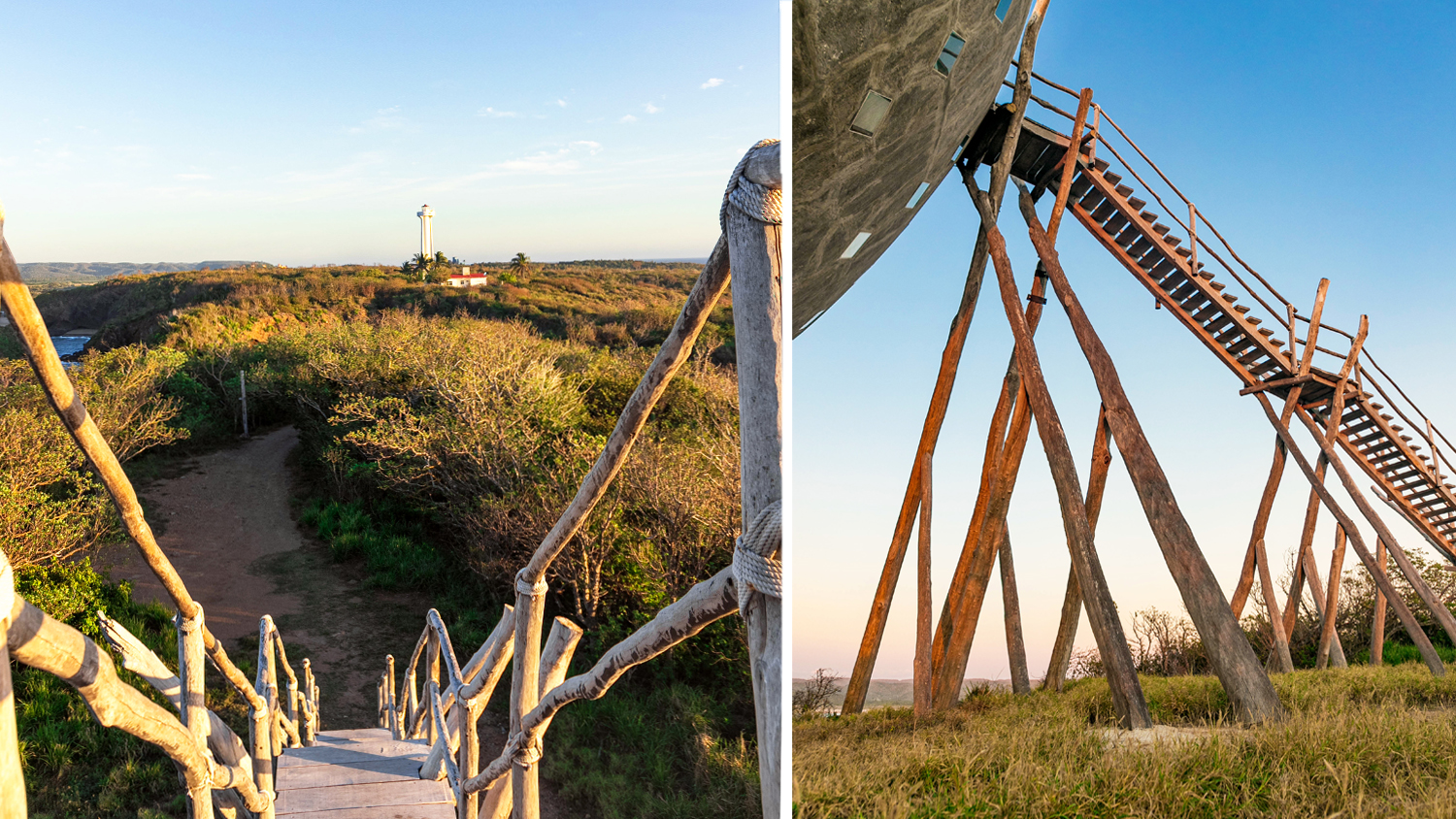 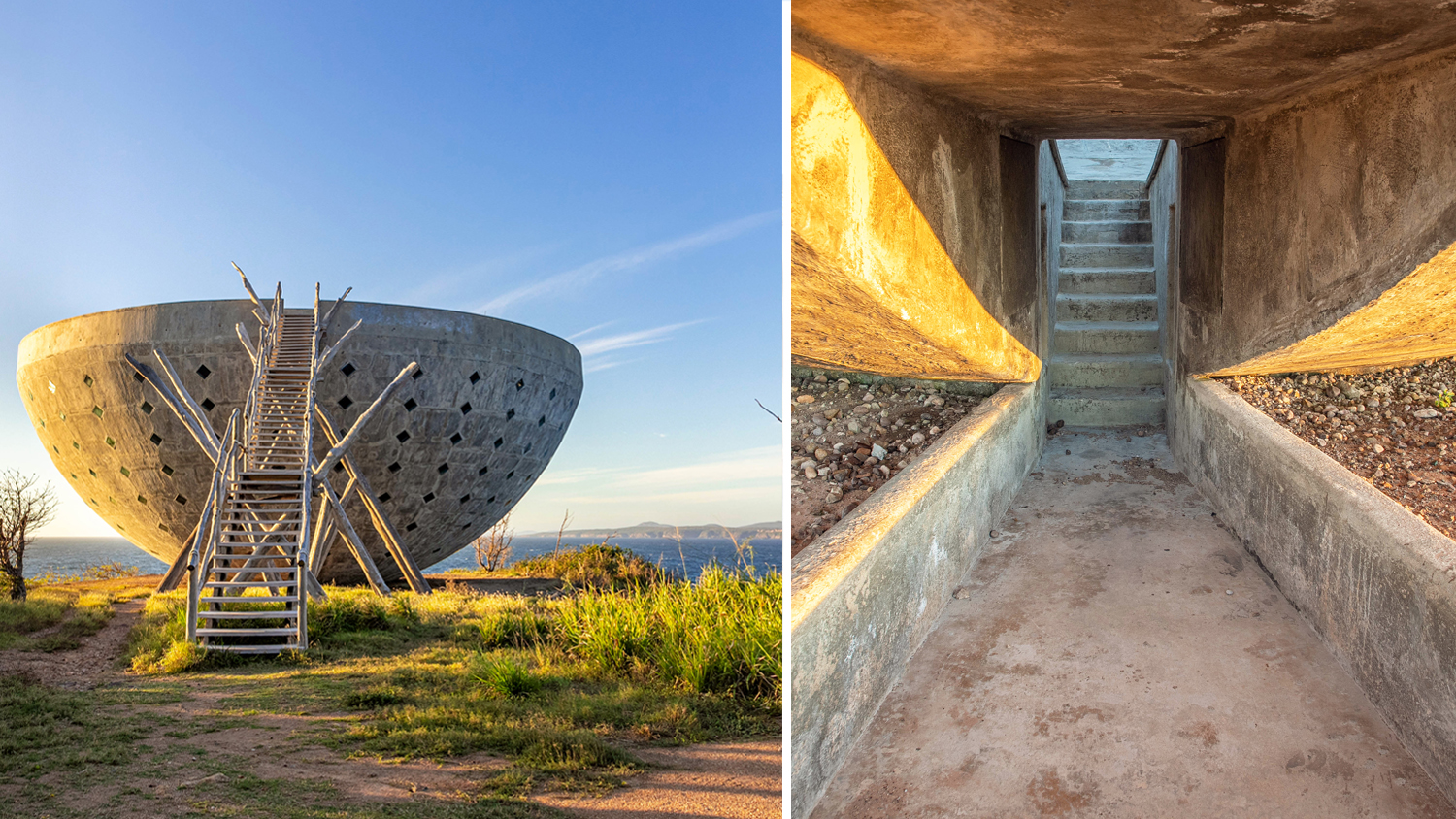 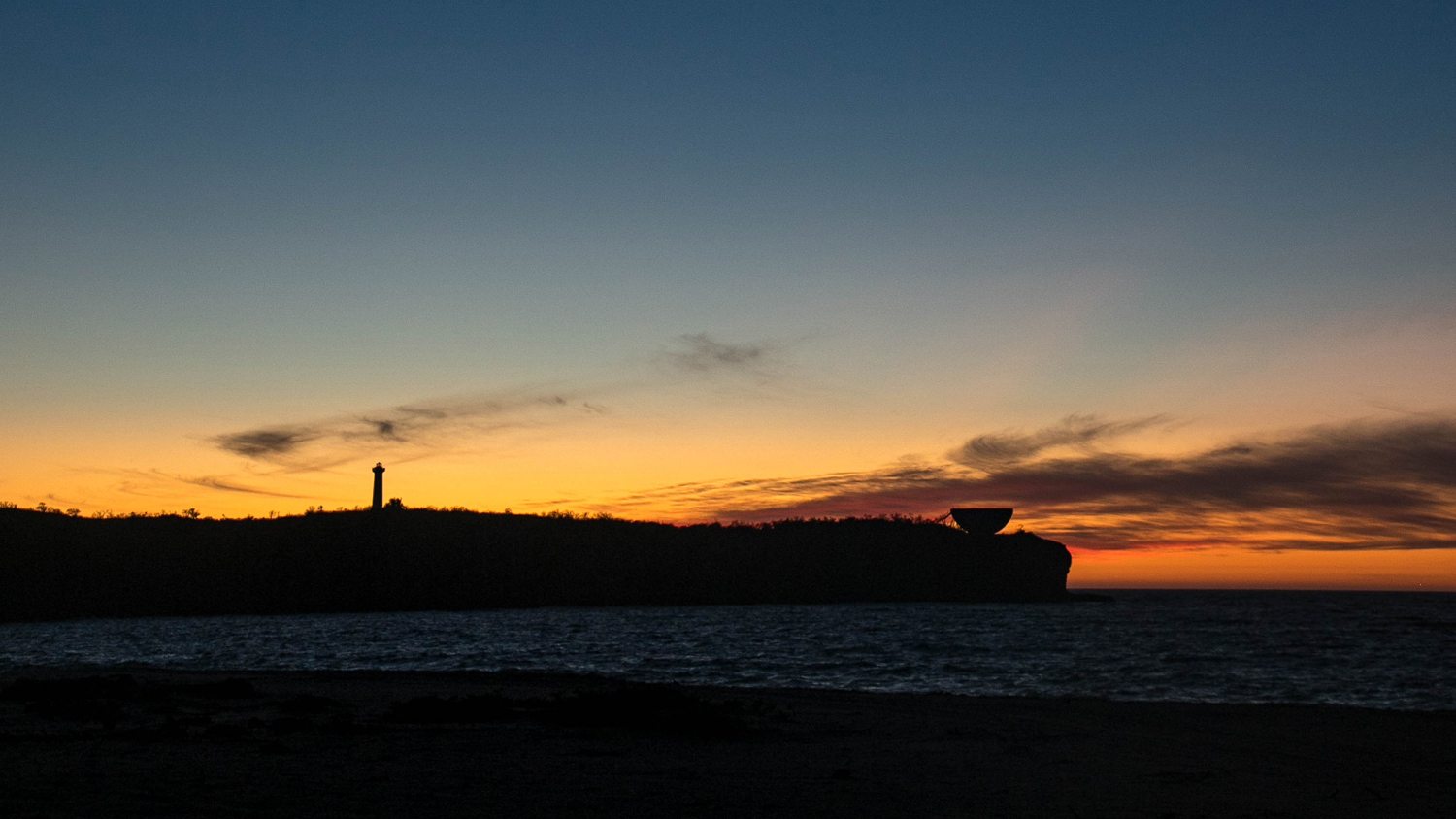 Palmares Beach: To Capture the Sunset

Palmares is one of Puerto Vallarta’s most well-known beaches, as it was one of the first to receive the...
Danya Soto
427 views
Specials

Puerto Vallarta Ranks Among the Top 10 Safest Cities in Mexico

Puerto Vallarta has remained as a safe city, in which residents and visitors can live together in a positive...
Jorge Chávez
1,113 views
News