Looking for a Different Dessert in Puerto Vallarta? Try Churros! 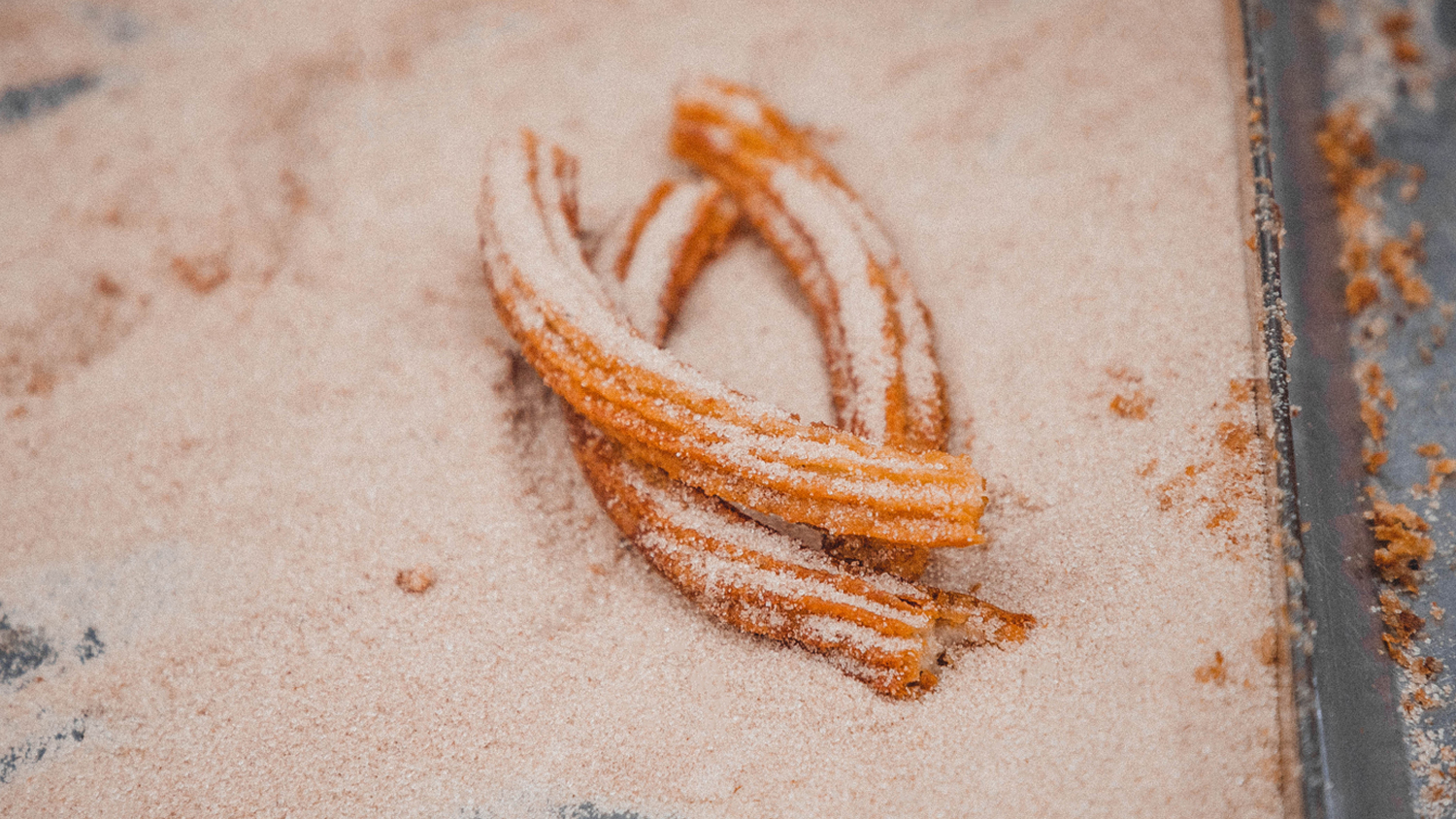 Many of the foodies who come to Vallarta · Nayarit find a peculiar dessert that surprises them with its exquisite taste and way of preparing it, sometimes right in front of them. We refer to the churros, a golden, crispy fried pastries dusted with sugar and cinnamon powder, which are usually sold by street vendors.

Many people may wonder where churros come from originally. The churro we know today hails from Spain, but the technique of frying dough is believed to have originated in China and introduced to the Iberian Peninsula by Portuguese sailors. After this the tradition of churros and other similar fried pastries made their way to the Spanish and Portuguese colonies in America.

In addition to the streets of Puerto Vallarta and Riviera Nayarit, churros can be found in places such as shopping centers, municipal markets or at fairs and bakeries, as well as on the menus of some Mexican restaurants. In addition, there are the churrerías, which are shops dedicated too selling this kind of dessert.

The editorial staff of Vallarta Lifestyles visited Churros “Don Julio”, a stand operated by Julio and Paty, which is located in the corner of Perú and Uruguay Streets, in El Centro. For more than 32 years, they have been preparing and selling this delicious Mexican specialty.

Wherever you find churros, the most common topping for them is plain white sugar, but some vendors add a little bit of ground cinnamon to make “cinnamon sugar”. Usually, churros are filled with chocolate, cajeta and strawberry jam, but nowadays, you can find some places that sell them with vanilla pastry cream, condensed milk, rompope, and jams.

These actions strengthen the link with international shipping companies, which are deeply grateful to our...
Estefanía Montes
885 views
Specials

The Puerto Vallarta municipal government has released some guidelines to enjoy a visit to the beach safely.
Jorge Chávez
1,372 views
What to Do