Proyecto Manta: The Protection and Conservation of an Ocean Giant 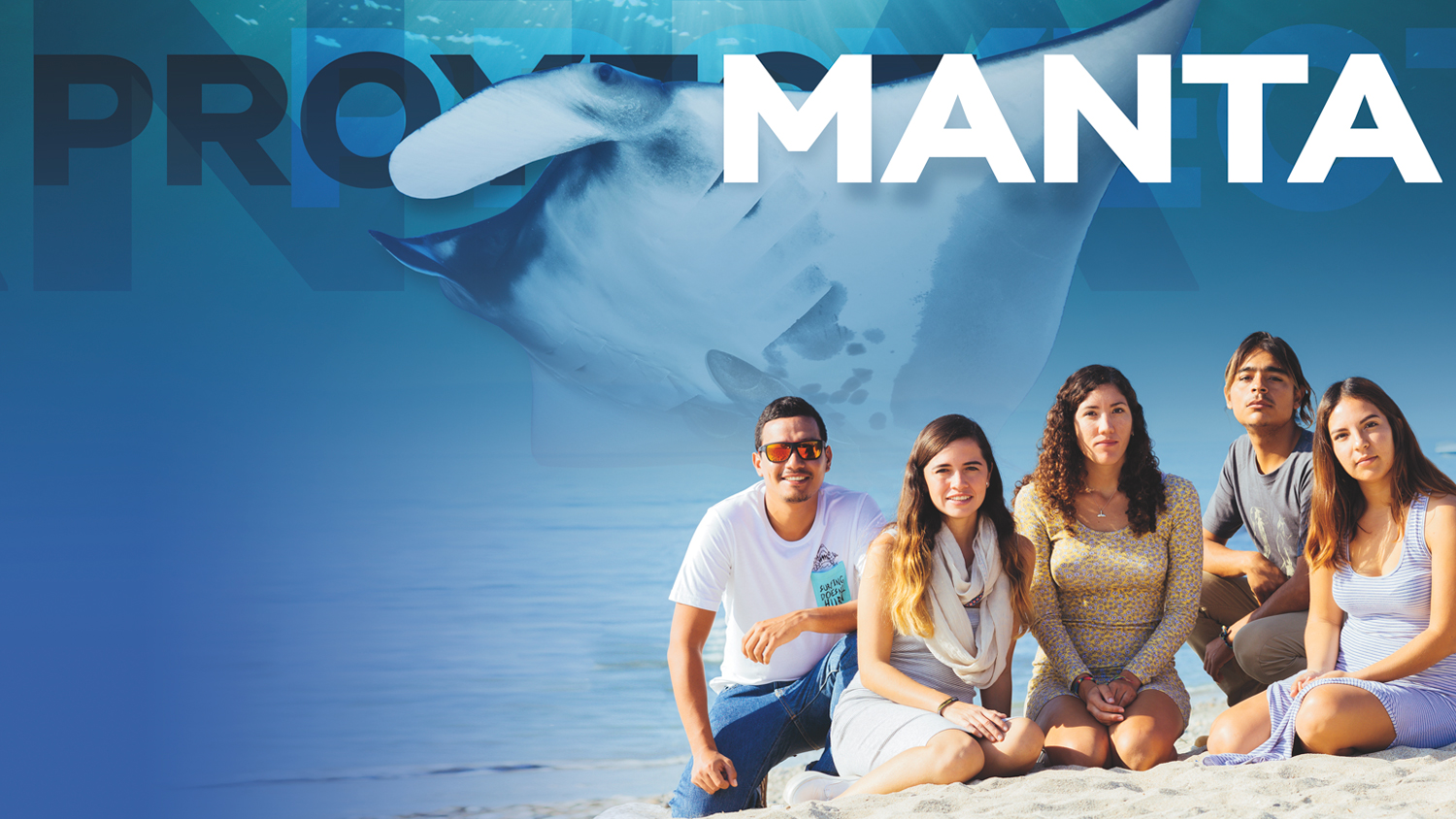 Beneath the waters of Banderas Bay’s South Shore swims an old acquaintance of local fishermen and divers: a variety of flat-shaped fish that for years has been the subject of local stories relating its surprising and often equally frightening size. It is the giant oceanic manta ray (Manta Birostris).

This beautiful animal is a vulnerable species and since 2014 has been studied in our region by a group of researchers in an effort to learn more about its behavior and establish standards for its protection. This initiative, called Proyecto Manta, brings together participants from around the world.

The story of this venture began in 2013, when biologist Joshua Stewart and other scholars from the Scripps Institution of Oceanography, in San Diego, California, were drawn to Banderas Bay because of the presence of giant mantas here. Noticing the important manta population near the coastal town of Yelapa, they approached the local fishermen to glean the knowledge they’d amassed over years of contact with this creature in its natural habitat. 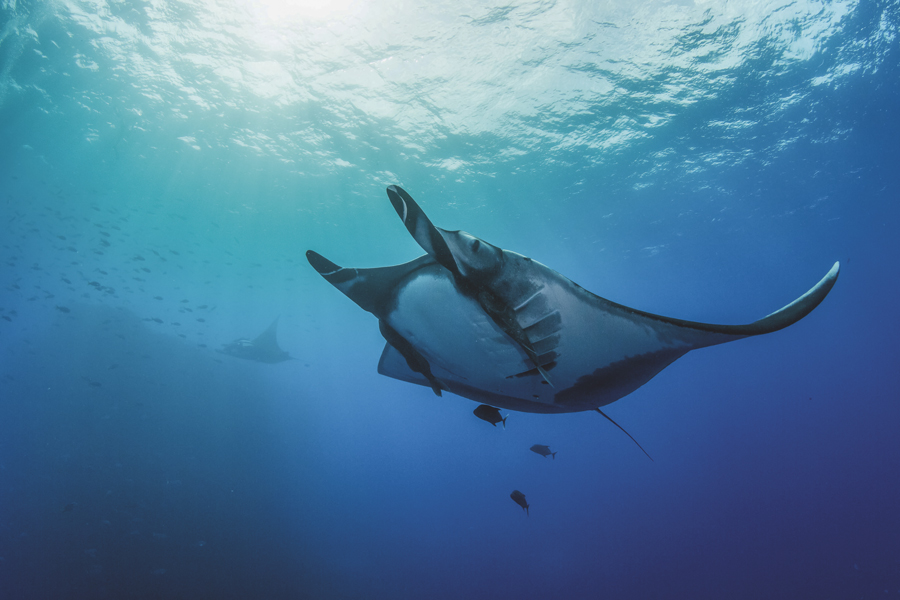 “We knew there were giant mantas in Banderas Bay, but we were interested in getting enough information to explain why they came to this area. For some months, the team we formed lived in Yelapa, and from there, we conducted our first observations, studies and counts, supported by local fishermen,” says Iliana Fonseca, a young biologist who is part of the project’s team.

Today, the scientific programs carried out by the members of Proyecto Manta include developing a photo identification catalog of local specimens, placing sensors to monitor their movement in the bay, planning a sustainable tourism project for the community of Yelapa and working to raise awareness to promote the preservation of the species.

The giant manta can reach more than 25 feet across and live more than 40 years. Its shape resembles a kite, and in certain seasons it usually swims near the surface and thus is possible to see from a boat.

When we asked the members of Proyecto Manta how they would describe this imposing creature, most answered that it is an intelligent, harmless animal that seems to possess a personality.

Aldo Alfonso Zavala, a biologist with ITBB, explains that swimming with mantas has been a unique experience. “Each one has its own demeanor. Some do not care if you get close and even interact. It bothers others, who get uncomfortable and leave. There are also those that may have never seen a human before and approach to look at us with the same curiosity with which we observe them.”

Contrary to what many think, this species does not have a venomous stinger in its tail, so it is safe to swim alongside it. 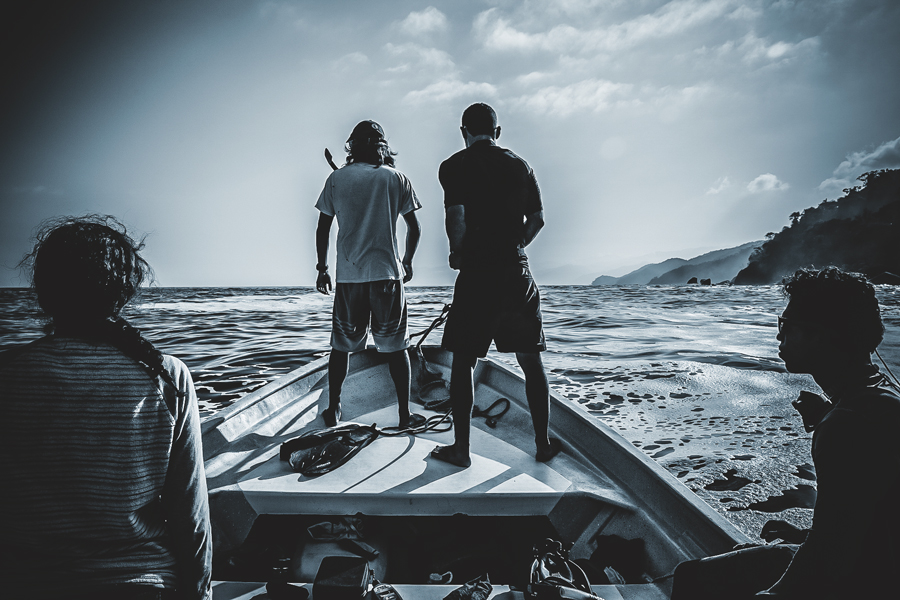 The main threats faced by these noble giants of the ocean are the injuries they suffer from boat strikes and poor fishing practices, where they are often caught in forgotten nets or injured by fishing lines.

In 2016, Proyecto Manta’s photo identification catalog included a database of approximately 140 giant mantas, of which 20 percent had wounds, mostly caused by human-related practices.

Climate change also worries those working on this initiative. “A change in the temperature or acidity of water can disrupt entire communities of zooplankton, which is what mantas feed on,” warns Aldo Zavala.

Working with the Community

For members of Proyecto Manta, a primary objective is creating awareness among fishermen and the population of Yelapa, in order to reduce the risks faced by giant mantas in the area. Among their initiatives geared to increasing sensitivity to the issue are talks they offer to children and youth at Yelapa’s educational centers, as well as the creation of “Manu the Manta’s Trip,” a children’s story that will soon be part of the teaching materials delivered in their workshops.

In addition, they are working with the local fishing community to develop a sustainable tourism project that promotes diving with the giant mantas, once the bases for their protection have been established. “We believe that this model of ecotourism is a vehicle for conservation that also benefits the inhabitants of the area and provides a means of sustenance previously fulfilled by fishing,” says Aarón Vargas Guillén, an ITBB student. 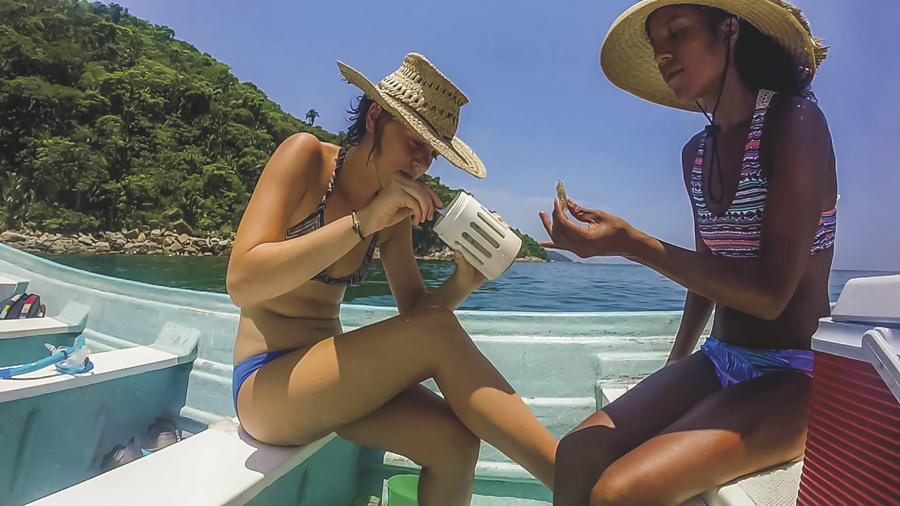 Learn in Order to Protect

Beyond promoting the conservation of just the giant manta on the South Shore of the bay, the Proyecto Manta team also seeks to inspire visitors and residents to learn about all the species that exist in this area and help protect them. “We must feel we are a part of the environment to be able to take care of it. Knowing what is in the bay, talking with our families and making a conscious effort is part of our responsibility to preserve what we have,” concludes Alejandra Castelo Corona, a member of the project.

If you want to learn more about Proyecto Manta, we invite you to follow their Facebook page.

There, you can also see spectacular images of giant mantas.

Dive into this project and discover just how big this giant of the bay actually is.

Day of the Dead Festival 2022 in Puerto Vallarta