Triton and Mermaid: A Sculpture Located in Two Destinations? 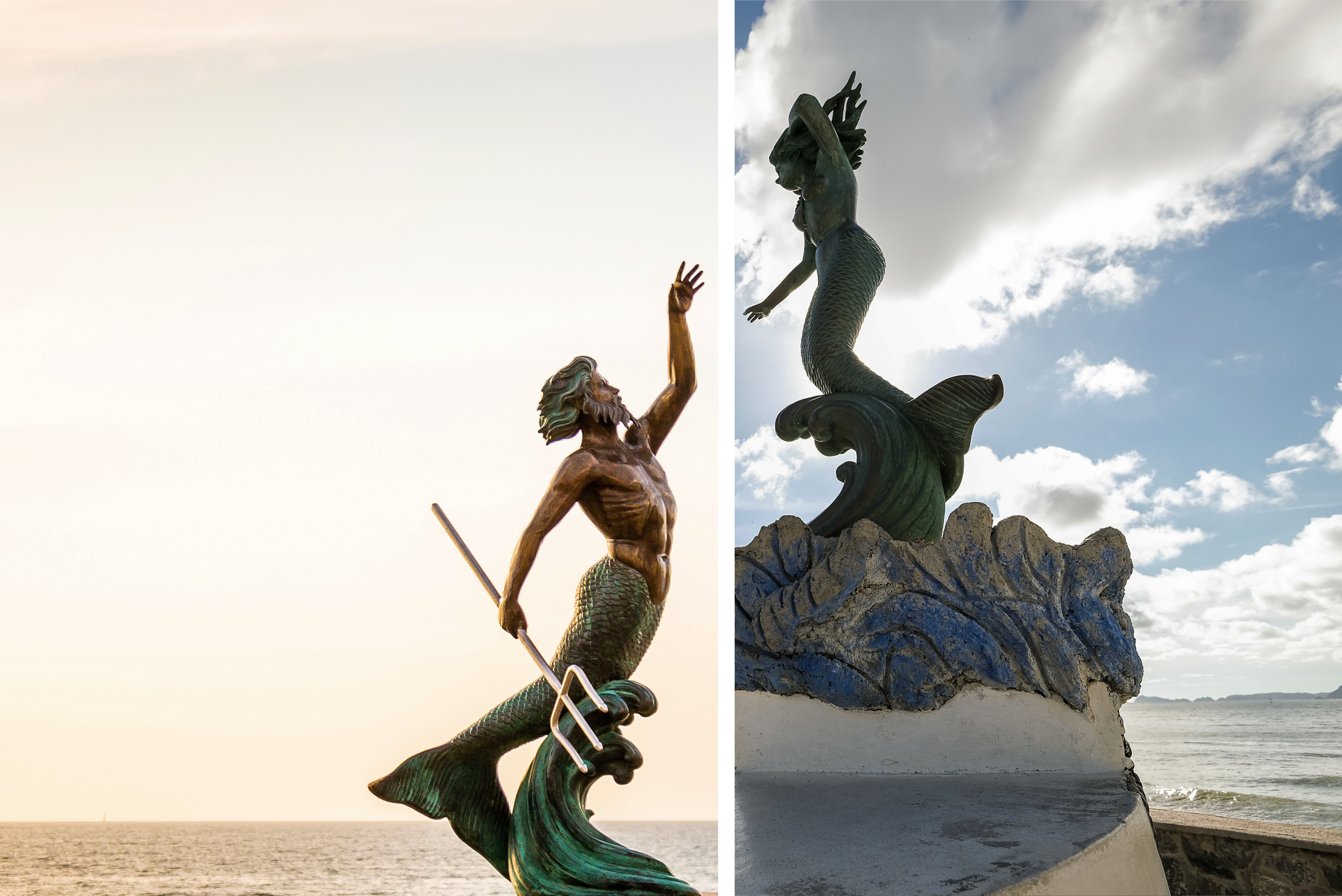 Placed on the Puerto Vallarta’s Malecón in 1990, the “Tritón y Sirena” (Triton and Mermaid) sculpture is one of the various emblems our destination has. 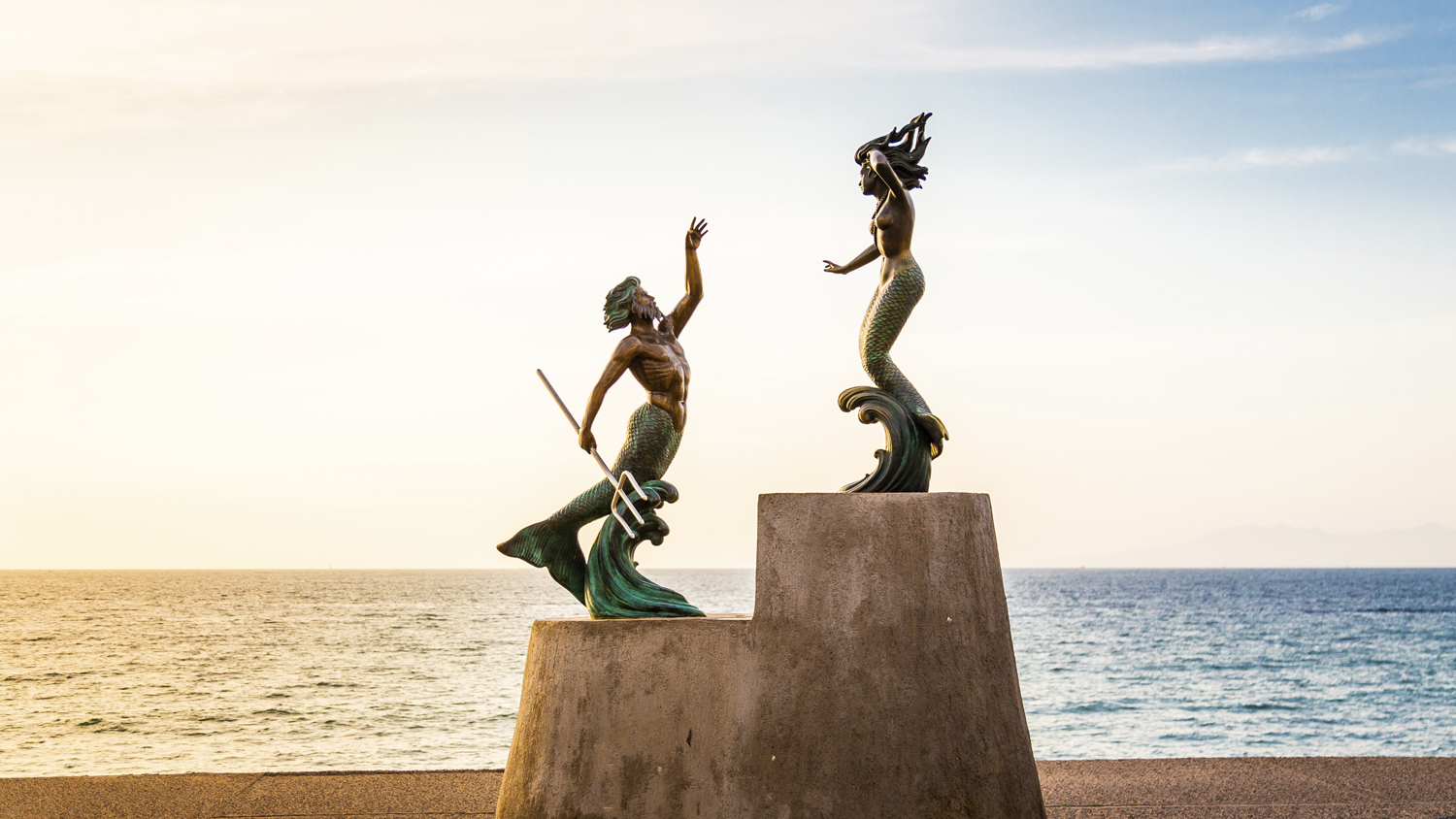 This artwork represents Triton, one of the Greek gods of the sea (son of the gods Poseidon and Amphitrite), who is approaching a mermaid (formerly maidens of the goddess Persephone, who attracted the sailors with their music and lovely voices to wreck them).

Based on classical Greek mythology, the sculpture “Triton and Mermaid” focuses on highlighting the human form.

Unnoticed by some people, a similar sculpture is found on the Barra de Navidad boardwalk, a work of art made as a symbol of the great natural attractions that Costalegre tourist corridor has.

Although both sculptures are very similar, their main difference is the Triton of Barra de Navidad does not carry the trident in his hand. 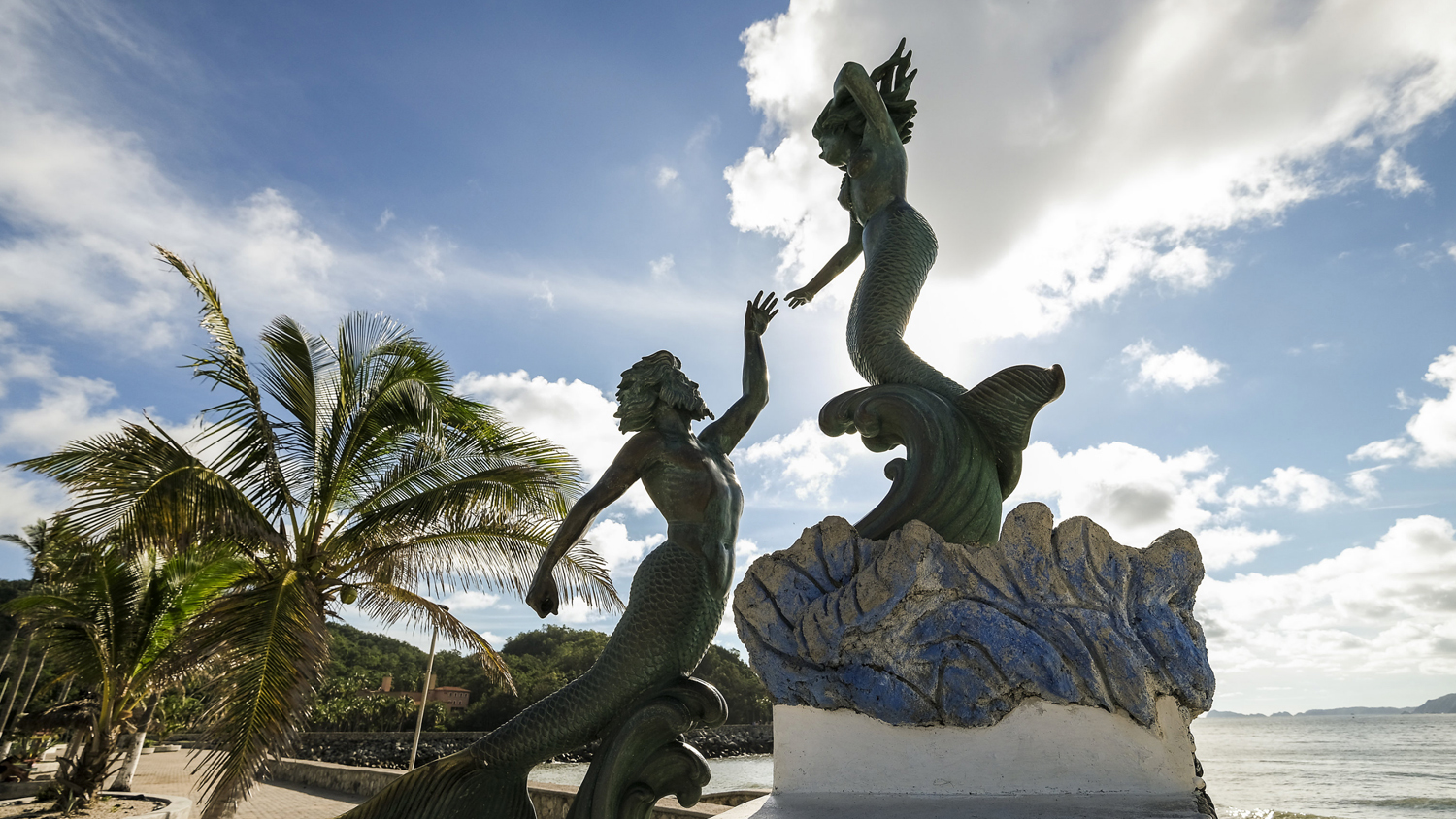 Within an environment of lush mountains and beautiful beaches, Barra de Navidad is a destination belonging to the state of Jalisco, where you can undertake everything from fishing tours to ecotourism adventures.

In order to properly store wine at home, we offer several solutions to keep in mind, depending on your...
Vallarta Lifestyles
410 views
Food & Drinks