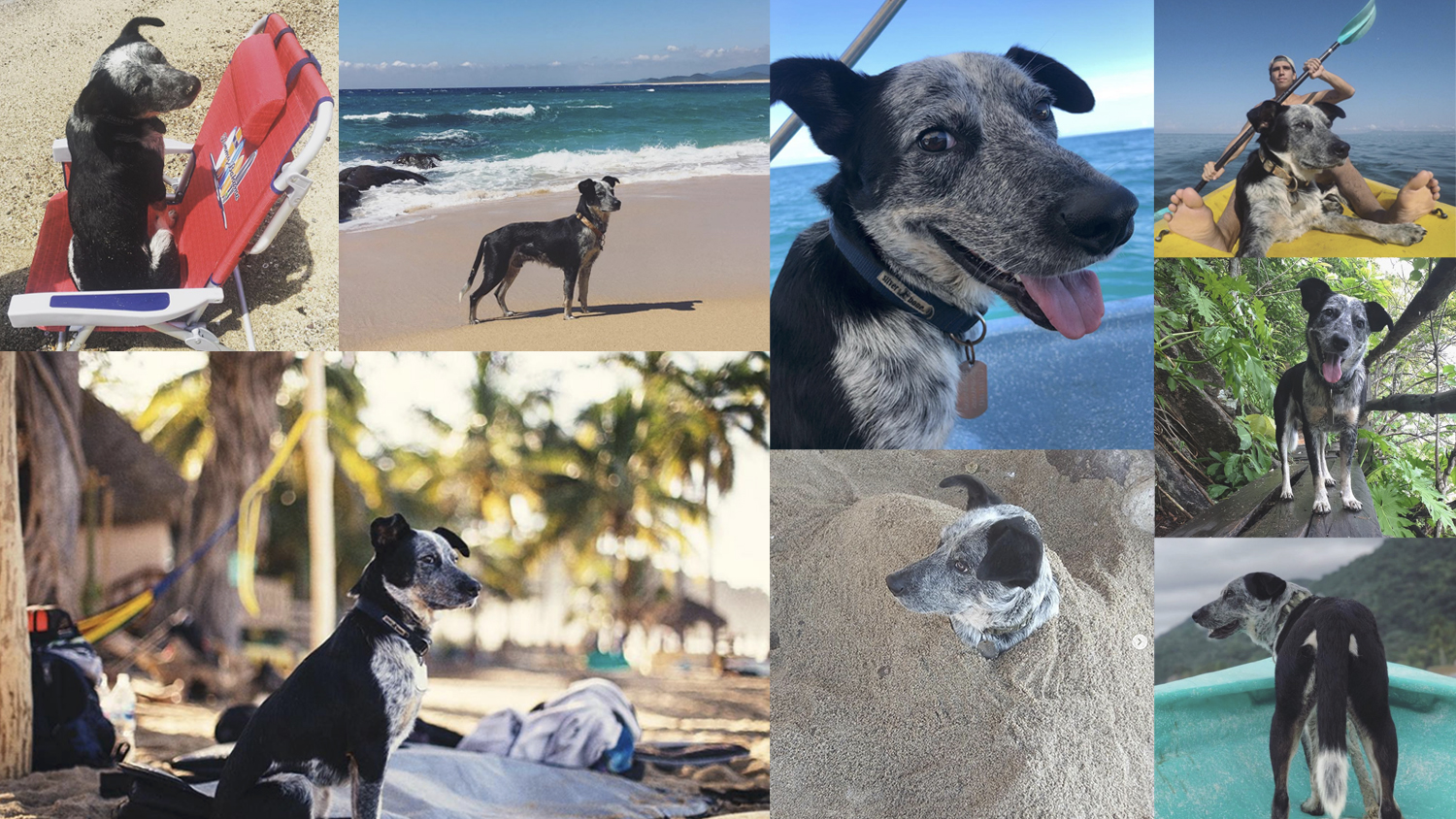 In the April-June 2020 edition of Vallarta Lifestyles, our editorial staff highlighted the professional career of Samuel Reséndiz, the renowned underwater photographer from Puerto Vallarta, whose work was showcased at the Soumaya Museum in Mexico City.

Since then, our social media team has followed him in his social networks and, through Instagram, they found @lavidadelchucho, his pet’s peculiar account. This is a dog who loves to be photographed while enjoying some of the most spectacular beaches in Vallarta · Nayarit.

To learn more about this curious story, we spoke with Samuel Reséndiz, who kindly shared more details.

“Chucho is almost 3 years old and he is the son of a stray dog and a female Blue Heeler that belonged to an uncle of mine. Chucho was the skinniest of the litter and, as a newborn, he was named ‘Calambres’ (Cramps), because he had a disease that caused him to make involuntary movements. My uncle sent him to Puerto Vallarta and my brother Emiliano adopt him. Over the time, Emiliano moved to an apartment where pets aren’t allowed, so my brother left him here on the beach”.

Reséndiz adds that his brother was the person who created the Chucho’s account to document his adventures in Puerto Vallarta: “He is a dog that goes from beach to beach to spend the day with different families. So, they tag him on Instagram, and we see where he is and what he does”.

“In general, I would say that Chucho spends great times, because he also goes with me during my walks, or when I go to cool off in the river or when I practice kayak in the sea. He is a very good companion”, Reséndiz concludes.

With more than 70 publications, this account has almost 700 followers and the first photo shared was in September 2017, where Chucho appears at Puerto Vallarta’s Conchas Chinas Beach, one of Reséndiz’s favorite places.

Essentials of Our Destination: Surfing in Sayulita

Sayulita is recognized worldwide as one of the best places in Latin America to learn and practice surfing.
Danya Soto
247 views
What to Do

Sheraton Buganvilias Resort & Convention Center is the headquarters for the preparation and conditioning of...
Jorge Chávez
446 views
People