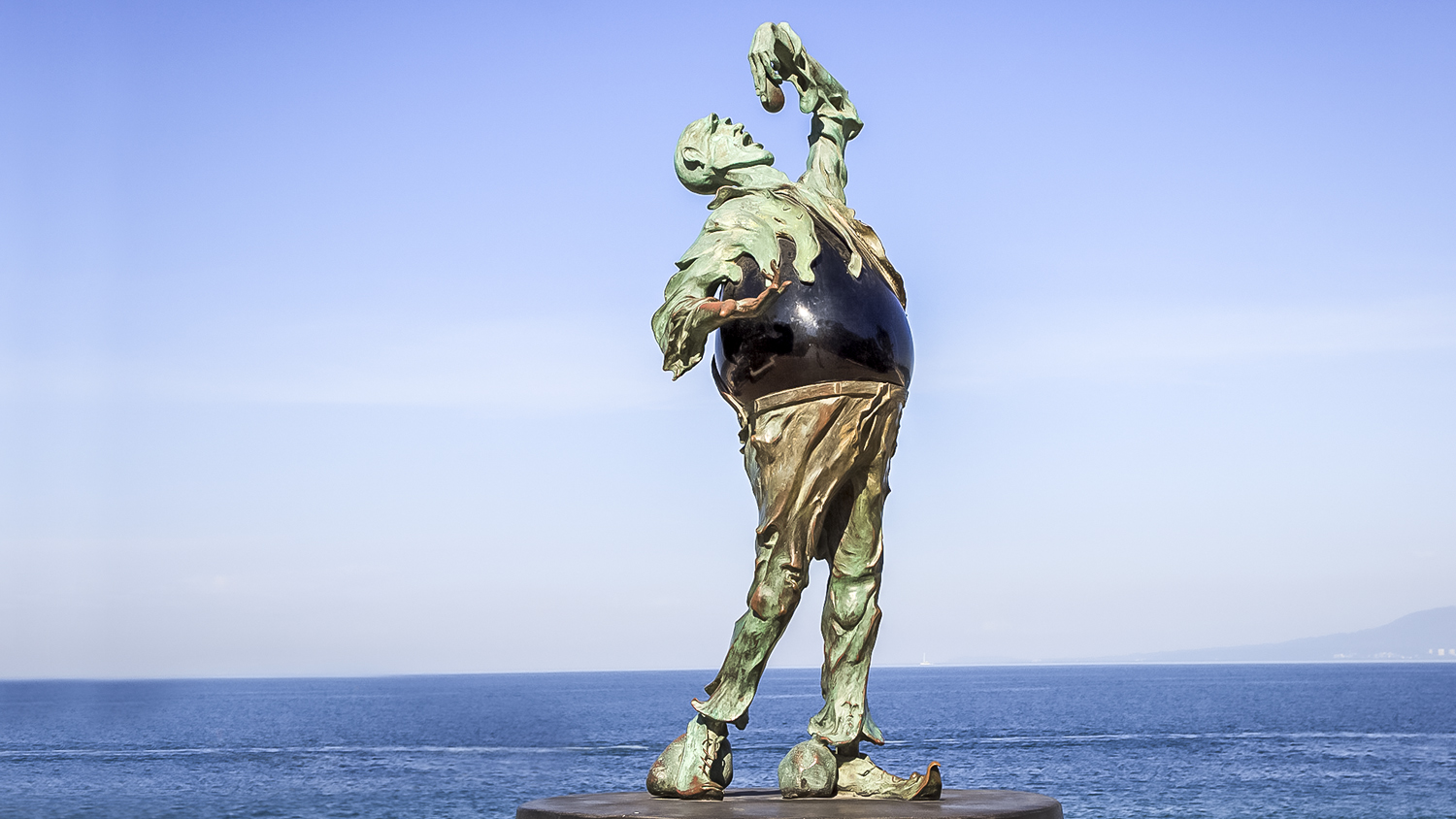 Galeria Contempo continues on with its series of opening receptions for the 2019 winter season. The first one of the year will be featuring renowned sculptor Jonás Gutiérrez, born in Guadalajara in 1966. The event will take place on Friday, January 11, from 6:00pm – 10:00pm.

Jonás Gutiérrez is best known in Puerto Vallarta for his monumental 2.4-meter bronze sculpture “El Sutil Comepiedras” (The Subtle Stone Eater), which was unveiled on the Malecon in January 2006 and depicts a magician with a stomach of obsidian stone.

The artist started sculpting early in his life. In 1980, he helped create the public monumental sculpture “La Estampida” (The Stampede), which can be found on a busy intersection in his hometown, near the iconic Riu Hotel skyscraper. In 1987, Gutiérrez started working at the workshop of Ignacio Fernández del Valle, who became a sort of mentor to him. One year later, he made his first bronze piece, which he titled “Pieza Zoomorfa”. It was in 1989 that he decided to venture into woodcarving, developing a unique technique that he continued on for two years, adding an organic sense to his creations. This phase comes to an end when the artist suddenly starts incorporating stones in his sculptures. In 1988, he sculpted the first “Sutil Comepiedras”. Later, he received recognition at the Salón de Octubre in Guadalajara for his piece “Fusión”.

Gutiérrez has exhibited at the art space of the Mexican TV Network Televisa, where he unveiled a series of new characters.

Nowadays, his sculptures depict whimsical clowns, mimes, harlequins, magicians, subjects of bizarre attire, and fire-eaters. All of them with a playful personality.

Galería Contempo (located at Basilio Badillo 252 in the Puerto Vallarta’s Romantic Zone) invites you to meet Jonás and discover his pieces at his opening reception. For more information on the event or the venue, visit the website galeriacontempo.com or call (322) 223-1925.