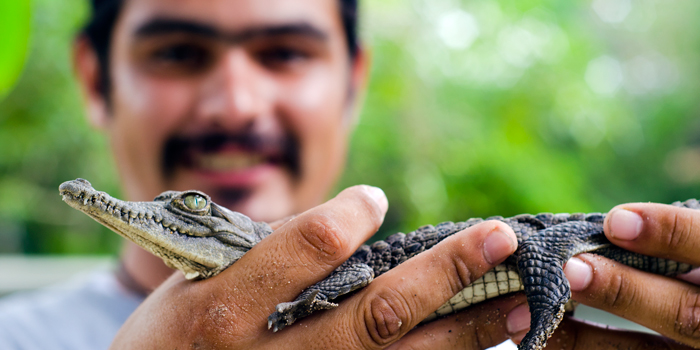 It’s difficult to believe as you drive along Puerto Vallarta’s main throughway, Blvd. Francisco Medina Ascencio, that the town is home to one of nature’s most exceptional ecosystems, one in which nature co-exists alongside urban development in a peaceful, albeit somewhat complicated, way. The term estuary originated in mid 16th century from the Latin term aestus, or ‘tide.’ It is the body of water where freshwater from rivers and streams mixes with seawater. And although they are influenced by the tides, estuaries are protected from the ocean by surrounding sand and vegetation, thus creating an ideal environment for countless plans and animals to thrive. 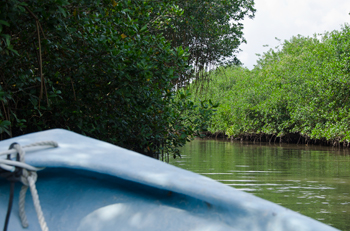 Estuaries are often connected to coastal communities, but only a handful of them around the world are quite surrounded by such an urban environment as El Salado, which is permanently connected to the ocean by way of a narrow, 10-feet deep canal. Presently it consists of approximately 335 acres of mangrove swamp that can be navigated through a series of canals. The original estuary was much larger, including the area in which Marina Vallarta was developed in the 1980s. In 2000, a special trust as established, designating El Salado as a protected natural area.

A two-hour guided tour (in Spanish) allows visitors and locals to discover El Salado’s unique ecosystem. Over 100 bird species can be sighted, along with river crocodiles, iguanas and other reptiles and amphibian fauna, as you travel through the canals by boat. An observation tower located deep within the estuary provides a unique perspective of the estuary’s location, in the context of Puerto Vallarta’s urban sprawl.

More information about El Salado can be obtained by visiting their website, www.esterodelsalado.org, or by calling (322) 226-2878.

Every year, hundreds of hunchback whales arrive, since early December, to our bay, to enjoy our privileged...
Estefanía Montes
218 views
News

Elengorn Realtors extends the invitation to other companies and residents of the destination to carry out...
Estefanía Montes
387 views
Real Estate