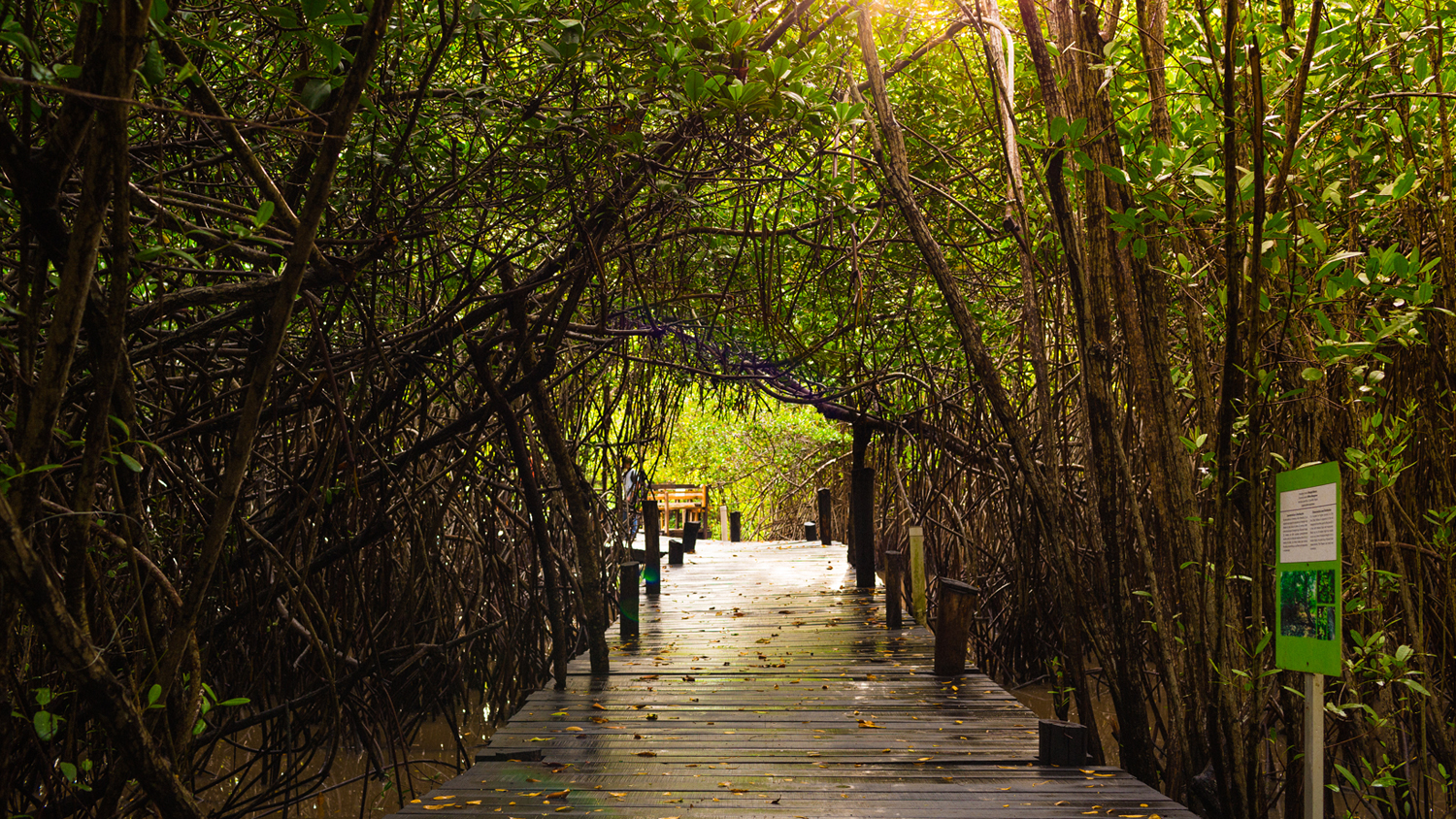 Located in Puerto Vallarta, El Salado estuary is a national protected area that mainly comprises mangroves and marshes. The rest is composed by two remnants of medium sub deciduous forest bordered by successions of elements of aquatic and underwater vegetation, thorn forest and secondary vegetation.

Considered an urban estuary, on July 27th, 2000 it was declared as an ecological conservation zone. Its connection to the ocean is permanent, through a channel approximately 20 meters wide, three meters deep and two kilometers long that ends at the port harbor.

Its landscape and habitat components are favorable both for migratory birds and for the development of the biological cycle of mammals and reptiles.

In El Salado there are 99 species of birds, 46 of plants, 10 of mammals and 29 of amphibians/reptiles. Some of the animals that inhabit this protected area are the iguana, garrobo, river crocodile, raccoon, opossum and crab, among many others.

The estuaries are temperature regulators and maintain the climatic balance of the area in which they are located. These types of ecosystems allow the reproduction and development of various species. The nutrients in El Salado serve as a food base for all the species that inhabit the Bay of Banderas. In addition, it is an important hydrological regulator that protects the city from floods.

The best news is that this natural sanctuary can be visited through guided tours that detail the importance of its conservation.

At the end of 2016, an impressive work was created on one of the walls that surround the basketball courts...
Jorge Chávez
399 views
Specials