Facts Worth Knowing About Biodiversity in Marieta Islands 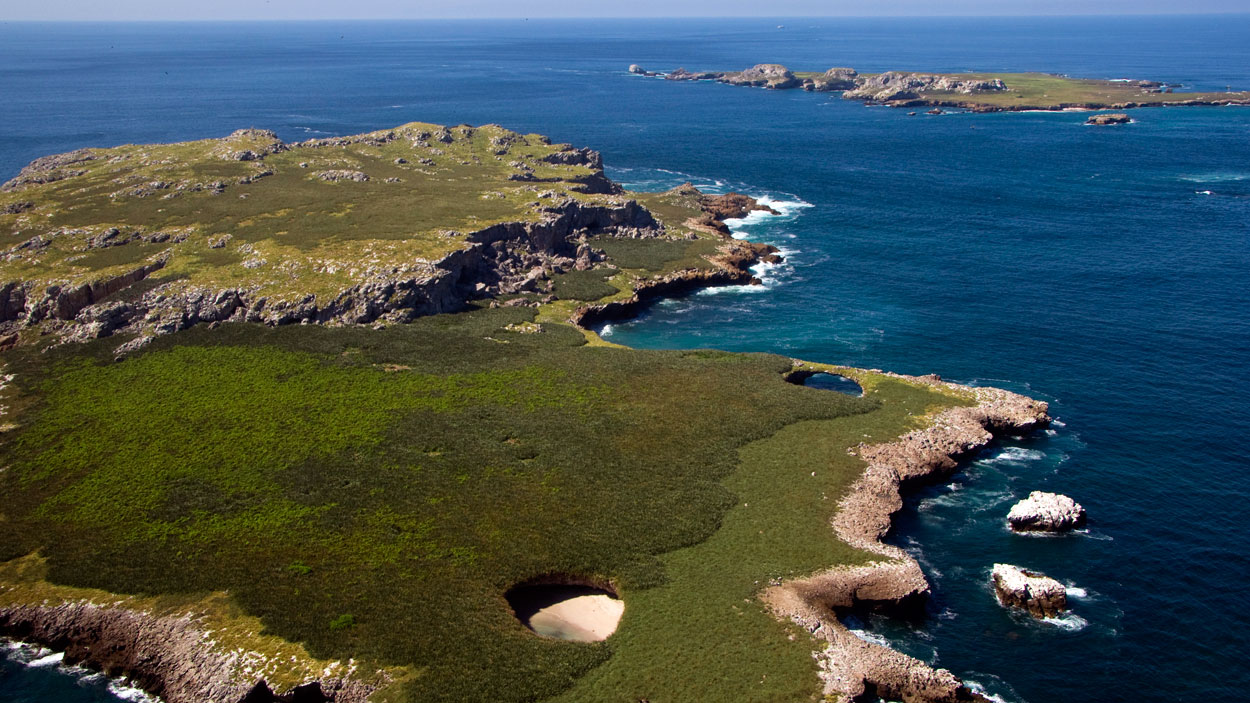 Two weeks ago, the National Commission of Natural Protected Areas (CONANP) announced the closure of Playa del Amor—the tucked away beach located in a gaping hole on the surface of one of the Marieta Islands—for an indefinite period of time. The decision was made due the ecological damage present in the coral reef area, resulting from different factors, such as an excessive number of boats anchoring around the reef, the extraction of coral fragments by scuba divers and contamination caused by fuels and oils in the water.

In an interview for Vallarta Opina, the researcher Amilcar Cupul Magaña stated that over the next year, the University of Guadalajara will collaborate with CONANP to study the zone in order to ascertain the current state of the area to determine acceptable visit levels and the recommended measures and restrictions to be adopted. In the meantime, other places in the National Park will remain open to the tourism, including the beach known as Playa de la Nopalera.

Riviera Nayarit’s Conventions and Visitors Bureau, along with other important agencies dedicated to give publicity to the region as one of Mexico’s finest tourism destination, has gone to great lengths to successfully promote Playa del Amor as a one-of-a-kind spot in the entire world. At the same time, being mindful of the importance of preserving the natural balance at this unique location is never a bad idea. Here are some important facts to keep in mind:

Fish species in the Marieta Islands reefs represent the largest biodiversity in Banderas Bay due the variety of habitats in the area. Among the most common species are the Panamic green moray eel (Gymnothorax castaneus), the Mexican goatfish (Mulloidichthys dentatus) and the Blacknosed butterflyfish (Johnrandallia nigrirostris). Furthermore, there are plenty of coral communities that provide haven, breeding and feeding grounds for many organisms.

In total, 12 coral species and 115 fish species live in the sanctuary. 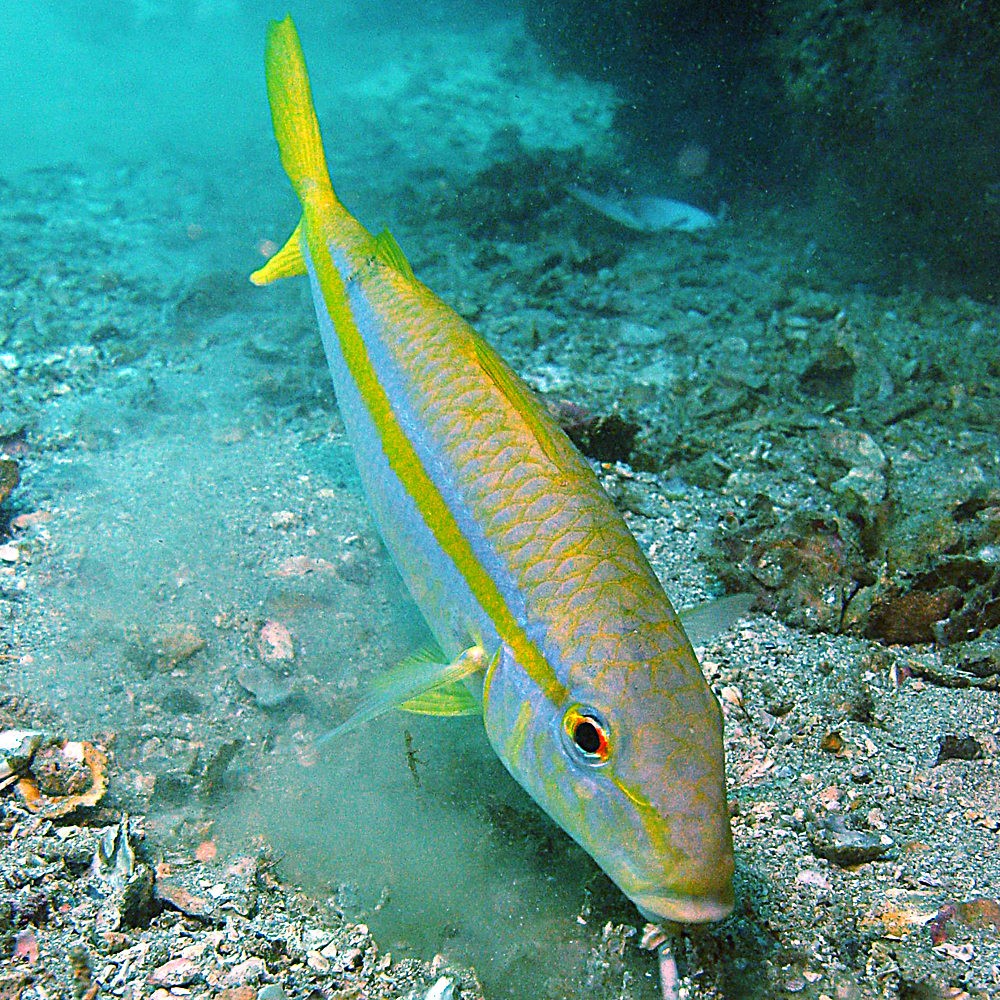 Biosphere Reserve by the UNESCO

In 2008, the United Nations Educational, Scientific and Cultural Organization declared the Marieta Islands a “Biosphere Reserve” as part of the program named “Man and Biosphere”. Since then, the National Park has adopted measures leading to conservation and sustainable development.

A wide variety of breeding colonies of bird species gather in the Marietas Islands. It houses 92 bird species, including over 50% of the Bridled tern (Onychoprion anaethetus) community in Mexico and the largest nesting colonies of the Brown booby (Sula leucogaster).

Reproductive Process of the Humpback Whale

It is an important location for the reproductive processes of the Humpback whale (Megaptera novaeangliae), a specie under special protection that visits the Banderas Bay every year in the winter season.

There are still a few days to visit la Playa del Amor in the Marieta Islands. If you don’t want to miss the opportunity to experience this unique spot, remember to follow all the instructions provided by the tour guides. Transportation to the National Park is available by water taxis leaving from Los Muertos Beach in colonia Emiliano Zapata or Punta de Mita, a town located 30 minutes north Puerto Vallarta.

Aside from Marieta Islands, the Banderas Bay is the home of other nature reserves that are well worth visiting. Here you have some of them:

Located 45 minutes away from downtown Puerto Vallarta by car, the Botanical Garden is a sanctuary on the mountains that features the many varieties of flora existing in the region, including the most-visited public collection of orchids in the nation. The aim of this organization is the propagation, study, conservation and display of Mexican native plants. It is open to the public year-round from 10 am. to 6 pm. with closures only on Monday, and admission is $100 per person and kids only pay $20.

My favorite place in the world

The San Pancho Bird Observatory is the non-profit organization offering bird watching tours in San Pancho, a town located one hour away from Puerto Vallarta by driving north through Carretera 200. There are several observation routes in the place, such as Camino a las Mina, La Laguna y La Boquilla, featuring geographical information, images and information about the most common species in the area.

For more information about tours, please visit its website at www.birdingsanpancho.net 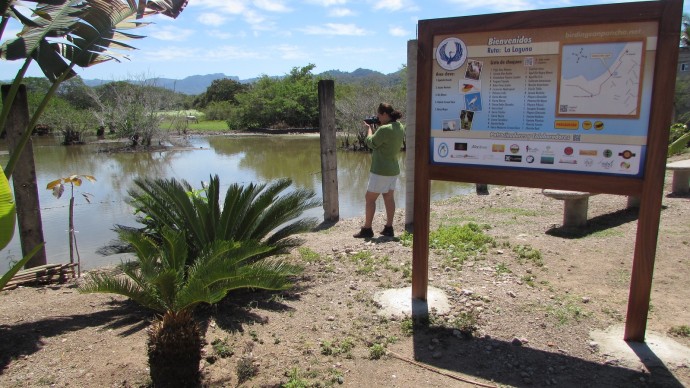 El Salado is considered an Urban Estuary, since it is surrounded by the urban area of Puerto Vallarta. This nature reserve has mangrove, swamp, aquatic and underwater vegetation, more than 100 species of birds and reptiles such as the Mexican spiny-tailed iguana (Ctenosaura pectinata) and the American crocodile (Crocodylus acutus). Boat tours through El Salado Estuary are conducted from Tuesday to Saturday every week. For more information and reservation, please click here.