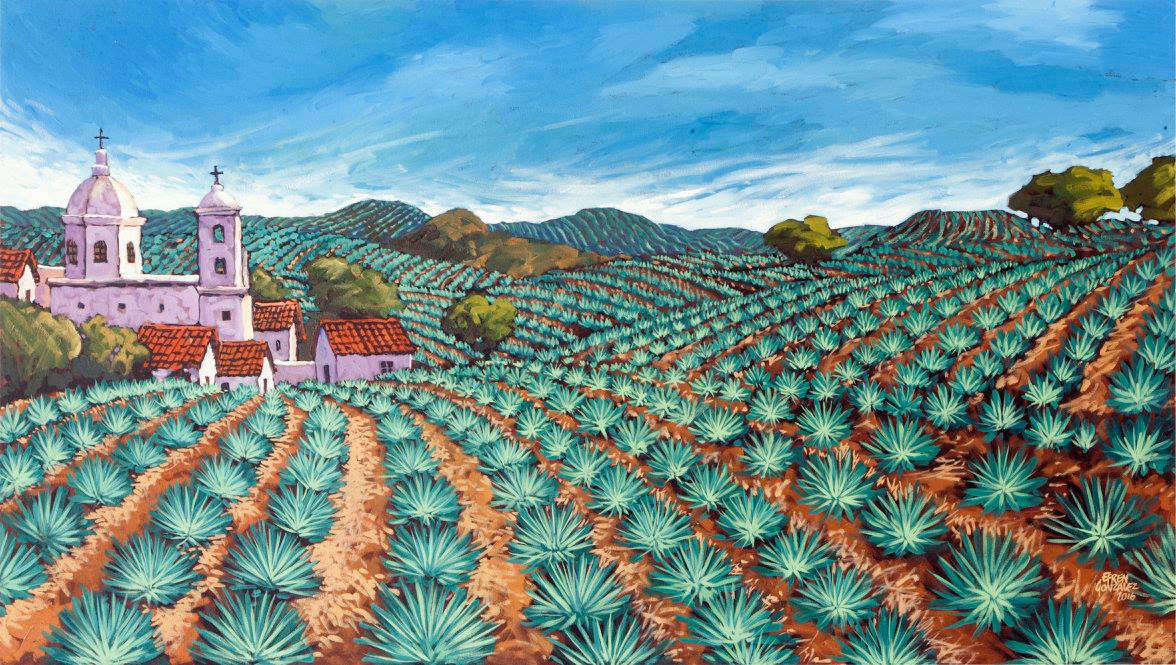 Galleria Dante will feature new works by Mexican artist Efren Gonzalez during this weekend’s South Side Shuffle. A reception will take place Friday, December 16, 6 – 10 pm., and the artist will be present.

Gonzalez resides in Ajijic, (his birth place) with his family, in a home he built entirely from the sale of his paintings. For years he struggled with the dream of living and supporting his family from his art, a dream he realized everyday, brick by brick.

Born on June 1, 1972, this 44 year-old, impassioned, local talent, stands out even in the pantheon of Lakeside greats. His paintings are intensely alive, full of color, meaning and insights into Mexico.

The journey to becoming a working artist began early, winning local and regional drawing competitions as early as primary school. After high school, he began studying architecture and then visual arts, but shortly found that he hadn’t the patience for either. Undecided, he was offered a grant to study Art at a small college in Maryland, where he made the most of the opportunity. One year later, he returned to Ajijic and took to his brush. Leaving the hardships of the days when he peddled his work himself, Efren is now sought after by galleries across North America.

Efren’s paintings depict the things he sees in everyday life—the colorful people and landscapes of his beloved Mexico. He is equally well known as a muralist, having completed his first intricate mural in the 90’s and since then many more in his beloved Ajijic. 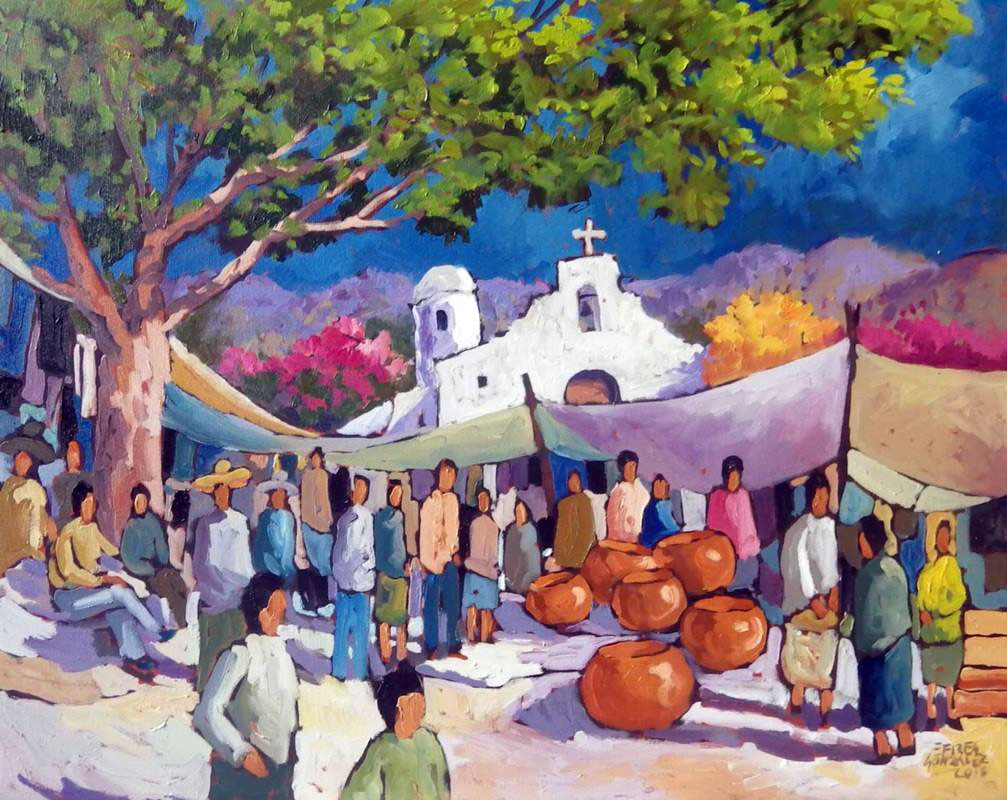 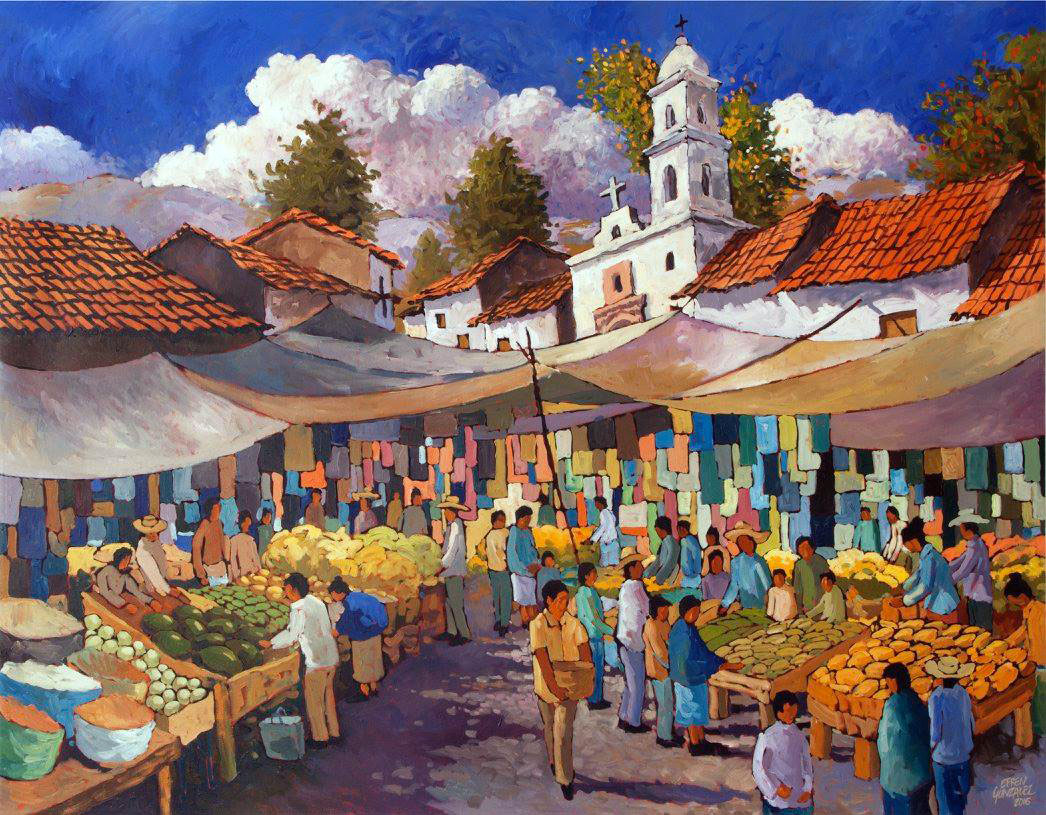 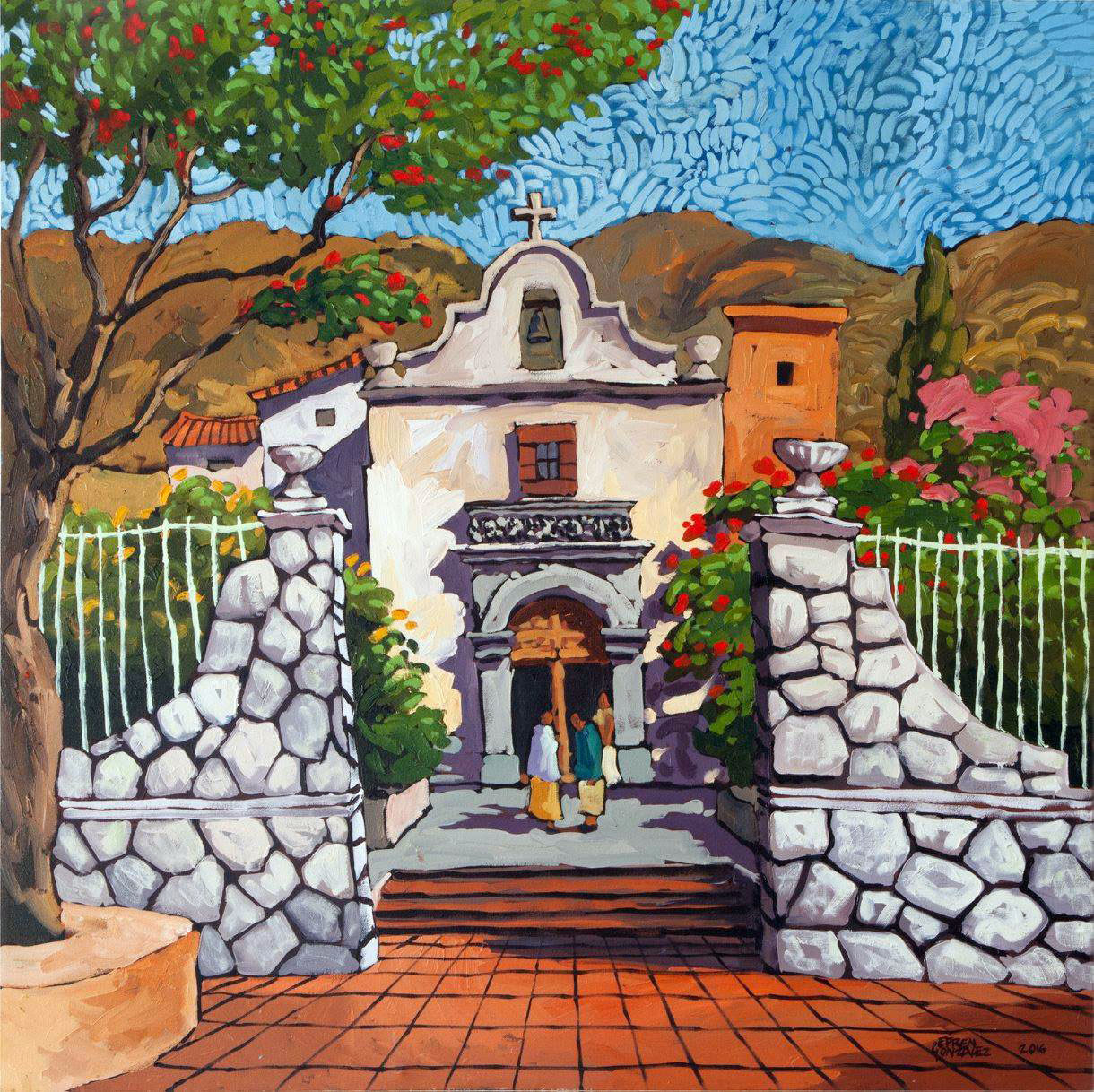