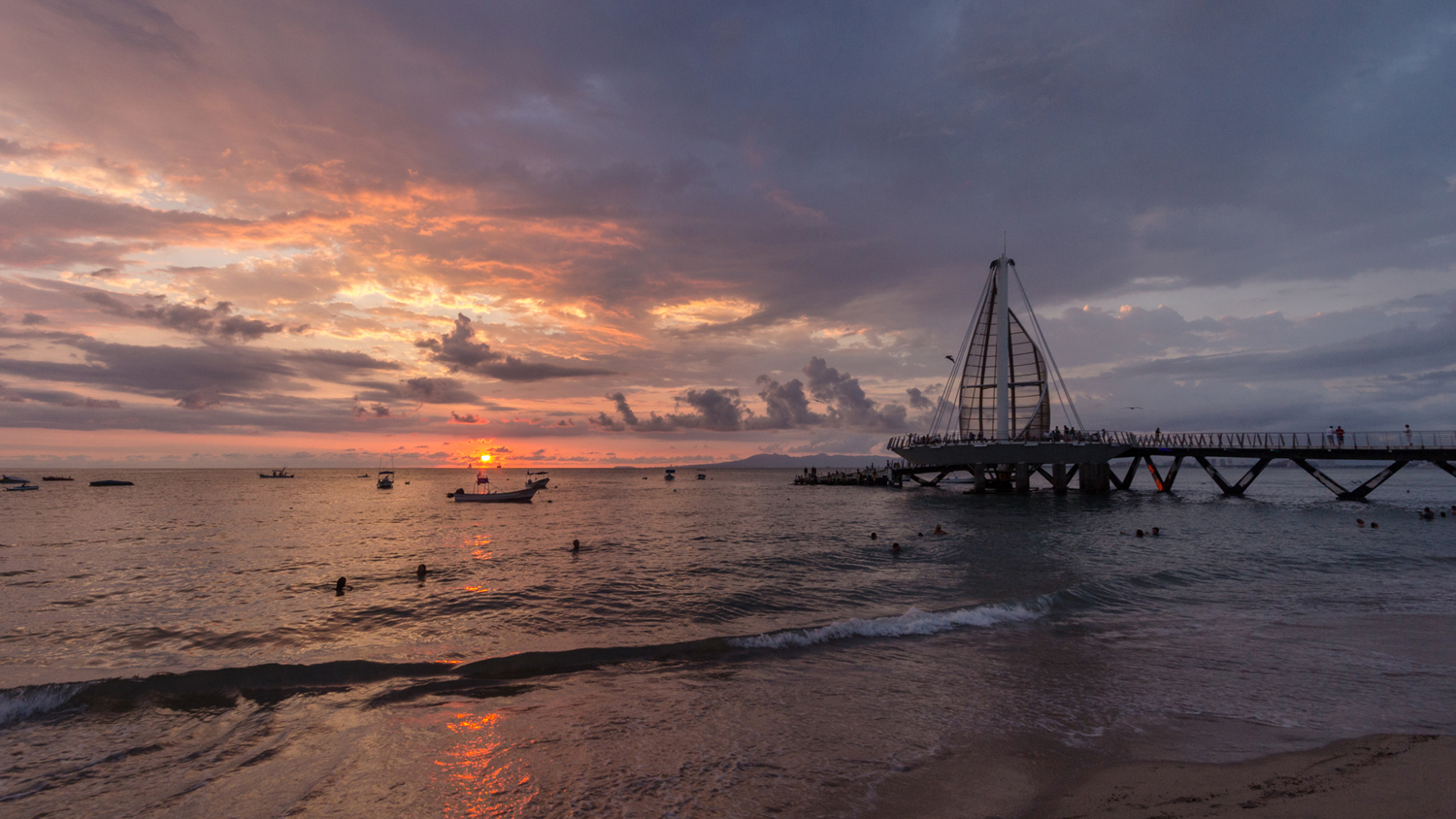 After making a sweep past the Puerto Vallarta and Riviera Nayarit area, Hurricane Nora is churning northward up Mexico’s Pacific Coast toward the Gulf of California.

Nora made landfall Saturday night at our destination, with Puerto Vallarta being the entity with more mishaps.

Nora had maximum sustained winds of 120 km/h, with tropical storm force winds extending out 165 kilometers. It was centered about 85 km north-northwest of Banderas Bay and is now heading to the north at 26 km/h.

The Mexican National Weather Service said this hurricane is likely to keep dragging along the coast and gradually weaken to a tropical storm, before entering the Gulf of California.

Even so, authorities still warning about the imminent effects generated by these floods, as well as mudslides and strong waves.

The following are some of the main damages caused by Hurricane Nora in Vallarta · Nayarit:
· Landslides on Highway 200 South
· The collapse of the Cuale River bridge
· The collapse of buildings and restaurants in the riverbed of the Cuale River
· The overflow of the Cuale River and its general effects on the El Centro streets
· Infrastructure damages in the Municipal Market
· The landslide on the road to Paso Ancho neighborhood
· The overflow of the Ameca River
· Landslides of houses near rivers
· Fallen trees in Bucerías and main avenues of Nuevo Vallarta
· Lack of light in different Vallarta · Nayarit neighborhoods

If anyone needs help, the editorial team of Vallarta Lifestyles can spread the word through the social platforms.

According to a study carried out by Allianz Travel, Puerto Vallarta is among the three favorite international...
Jorge Chávez
343 views
News