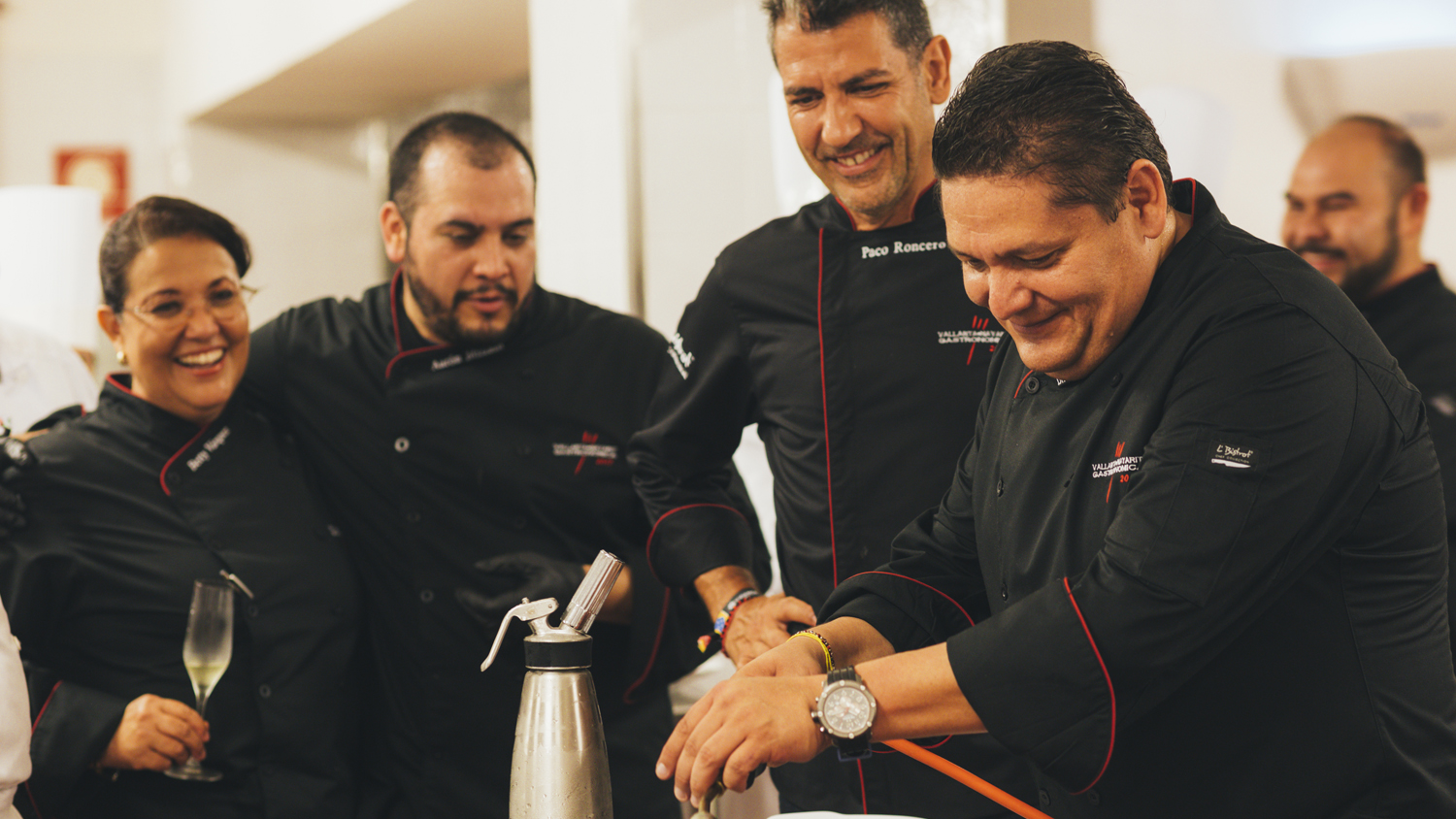 The new Vidanta Convention Center in Nuevo Vallarta brought together seven outstanding chefs at the event called KickOff Vallarta · Nayarit Gastronomica, where food enthusiast were able to enjoy a splendid dinner and some of the best wines. This culinary event served as a “taste” of the upcoming 9th Vallarta · Nayarit Gastronomica, to be celebrated this October, featuring 34 world renowned chefs that hold together 14 Michelin stars and 20 Repsol Suns. In addition, 10 recognized sommeliers will be invited.

During the KickOff Vallarta · Nayarit Gastronomica gala, celebrated at the new facilities of Vidanta in Nuevo Vallarta, six of the top advocates of the new Mexican cuisine –including Betty Vázquez from El Delfín restaurant, Gerardo Iriarte from Grupo Vidanta, Marco Valdivia from Emiliano, Bricio Domínguez from El Rincón de Los Milagros, Aaron Mizrah from Creekstone Farms and Elías Sapién Jr. from Evole Eventos–, collaborated with the famous, avant-garde, Spanish chef Paco Roncero (who owns two Michelin stars and three Repsol Sus), offering both food enthusiast and attendees a unique experience with an 8-course menu featuring each chef’s’ special touch. The pairings were L.A. Cetto and a variety of Spanish wines.

At the end of the dinner gala, all the chefs gathered on stage to receive the acclaim from the audience and gratefulness from the organizers, Carlos Elizondo and Consuelo Elipe, as well as the hosts, Mr. José Alonso, director of the Vidanta Development in Nuevo Vallarta.

Betty Vázquez, Gastronomic Ambassador of the Riviera Nayarit, spoke on behalf of the chefs, highlighting the spirit of brotherhood and camaraderie that prevailed in the kitchen during the preparation of the dinner.

Visit the Vallarta · Nayarit Gastronomica official website to buy tickets for the event and information about the official program and invited chefs. The gastronomic event will be held at Sheraton Buganvilias Puerto Vallarta from October 29 to November 1.