Our Lady of Guadalupe Parish: One of Puerto Vallarta’s Most Recognizable Symbols 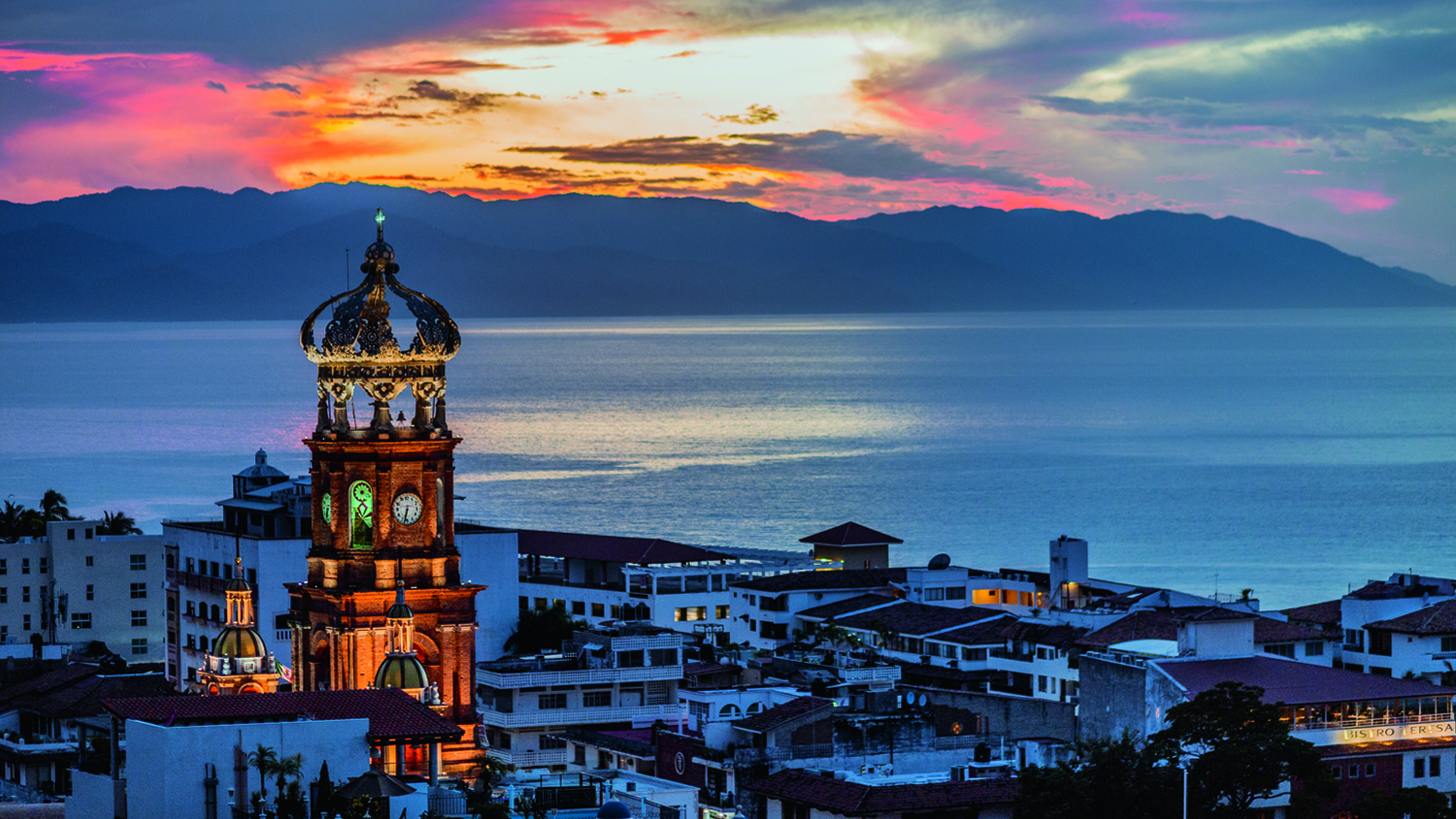 Without a doubt, the heart and soul of Puerto Vallarta is El Centro, where some of the city’s main cultural attractions are located. One of them is the beautiful Our Lady of Guadalupe Parish, located just in front of the Plaza de Armas.

Its construction began in 1903 and, since then, like many others churches in Mexico, it has grown in size and splendor. By 1917, its foundations already unfolded the main pillars and the walls were in place. During the following years, under the direction of different people, its development took place gradually. This is why the Our Lady of Guadalupe Parish freely combines different architectural styles: The main building is considered neoclassical, while the towers have a touch of Renaissance, and the crown has a baroque style.

By 1952, the main tower was completed. However, many people consider that the construction was completed until 1965, the year in which the crown made by artist José Ramírez was placed under the supervision of Priest Rafael Parra.

The church interior preserves beautiful artworks, including the marble altar with the image of the Lady of Guadalupe painted by the artist Ignacio Ramírez; as well as the paintings that represent the Station of the Cross, communion rail, a pulpit and confessionals made of carved wood.

In 1995, the original crown collapsed due to a strong earthquake. After that, it was replaced by a sculpture made by artist Carlos Terres.

By the way, from December 1st to 12th of each year, multiple processions are held towards this temple to honor the virgin who appeared to a young indigenous man named Juan Diego in 1531. Pilgrims gather to thank her for the favors received during the year.

Madagascar Beach: To Appreciate the Landscape and Relax

Madagascar is a beach of fine white sands and crystalline waters, which is distinguished by the giant...
Danya Soto
320 views
Specials