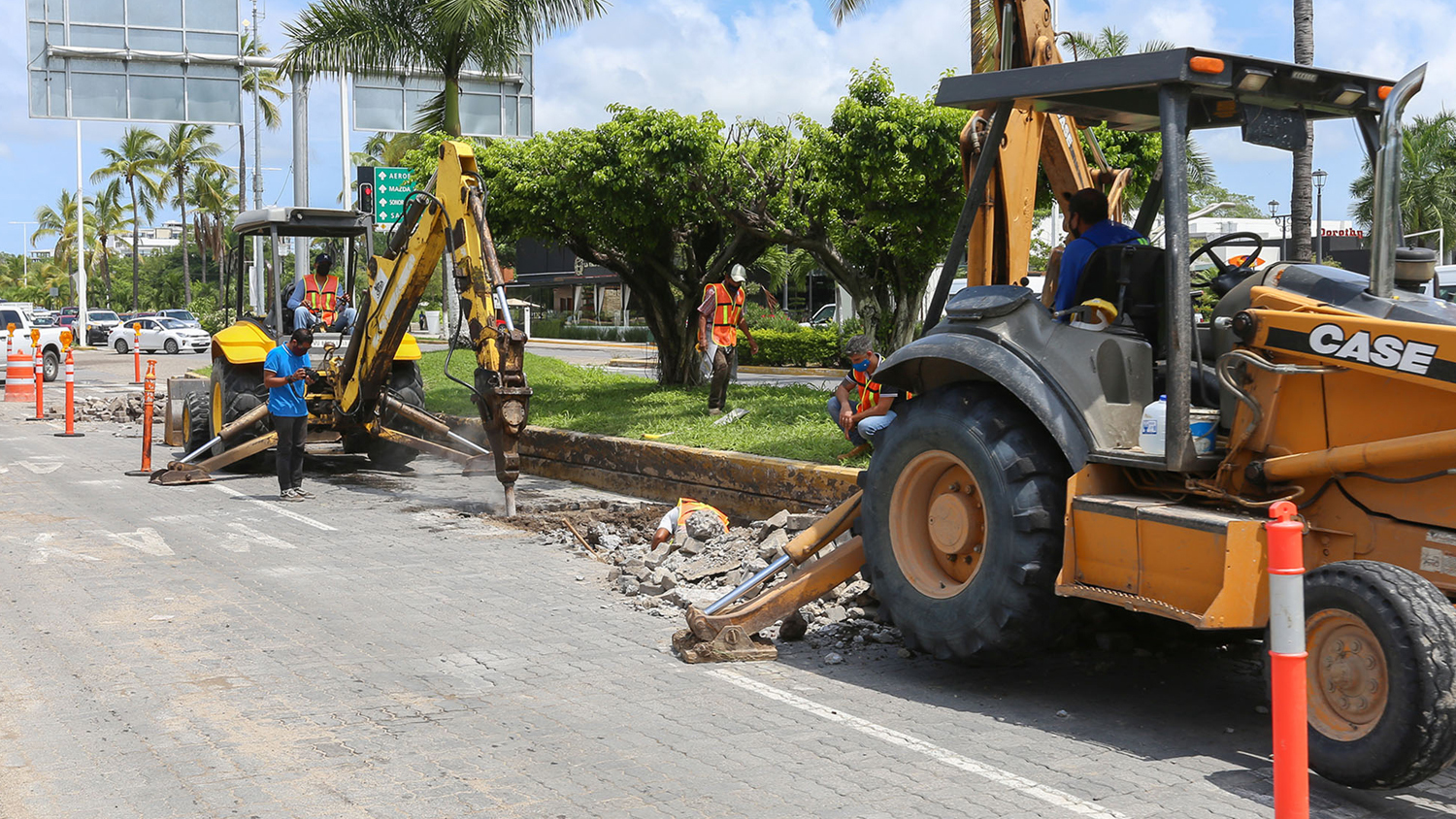 As part of the comprehensive road rehabilitation plan developed between the Jalisco State Government and Puerto Vallarta Municipal Government, the first stage of work on the lateral lanes of Francisco Medina Ascencio Avenue (Puerto Vallarta’s main avenue) began this week.

Work began on a 1.6-kilometer stretch on the west side of the north-south frontage road that runs from the Fluvial Vallarta Avenue intersection to the Libramiento. This rehabilitation will include the expansion of sidewalks, a bike path, public lighting, urban landscape and interventions in all the crossroads for easy pedestrian-access. It is expected to be completed in three and a half months.

According to the Secretaría de Infraestructura y Obra Pública de Jalisco (SIOP) (Jalisco Secretariat of Infrastructure and Public Works, in English), this is just the first stage of the road work, since the plan includes the rehabilitation of Francisco Medina Ascencio all the way up to the Los Camarones Arroyo bridge.

While improving the city’s road infrastructure will bring greater benefits for the destination in the long run, people should be prepared to encounter unexpected stops and detours in this area over the next months.