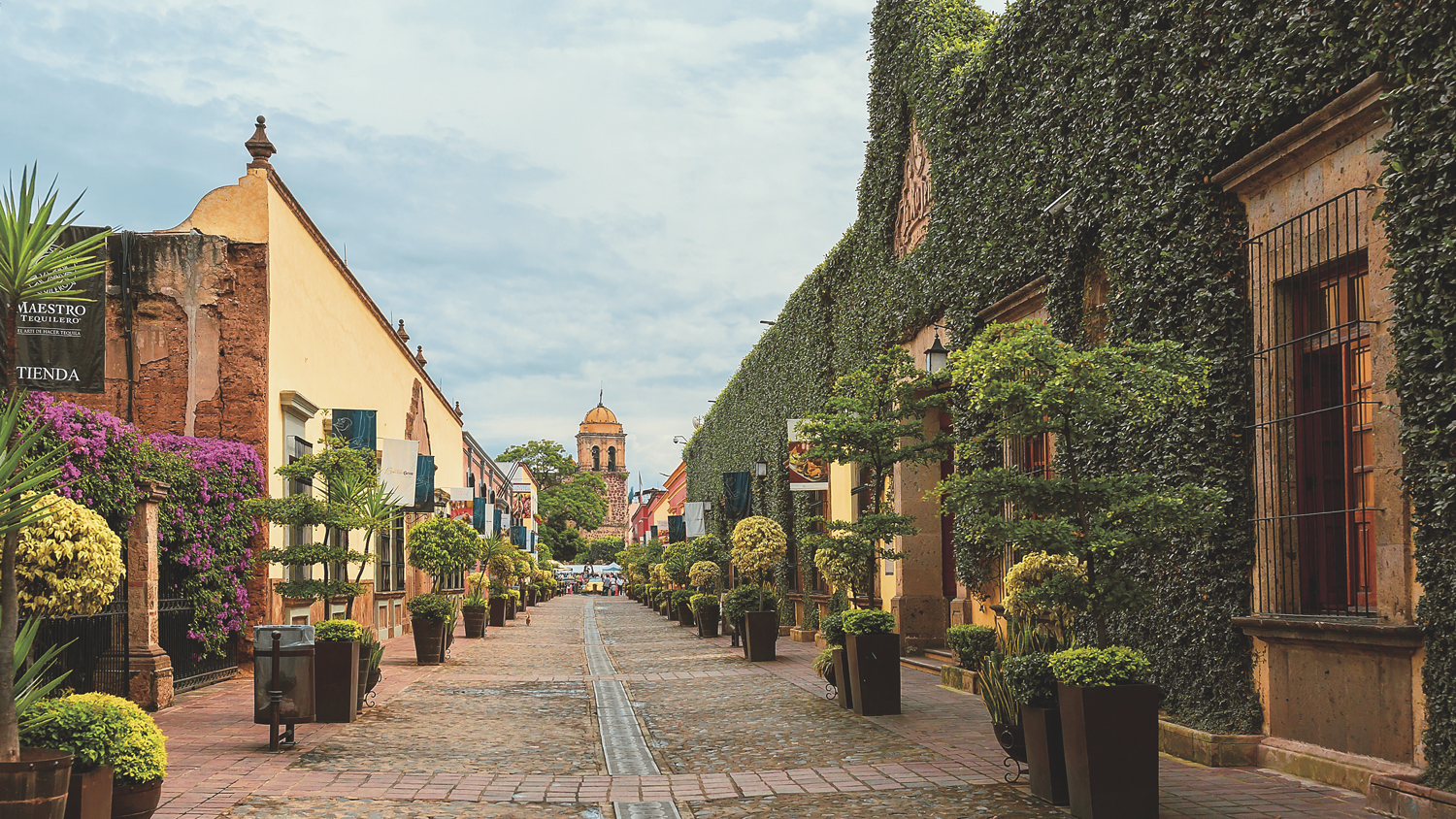 For any foodie or traveler who wants to fully discover Mexican cuisine, visiting the cradle of the most representative drink of our country is essential. Tequila, one of Mexico’s Pueblos Mágicos (Magical Towns), is located about 45 miles from Guadalajara and is well connected to Vallarta · Nayarit via Highway 200. The Vallarta Lifestyles editorial team made this three-and-a-half-hour road trip to discover one of the most beautiful landscapes in the state.

About a half hour before reaching the town, you begin to see fields of blue agave (agave tequilana Weber variedad azul) bordering the road. This plant, from which tequila is distilled, provides an anticipatory welcome to this place. After taking a turn-off and proceeding for a few minutes, you begin to glimpse the municipality and then some train tracks, indicating that the site has an industrial background. 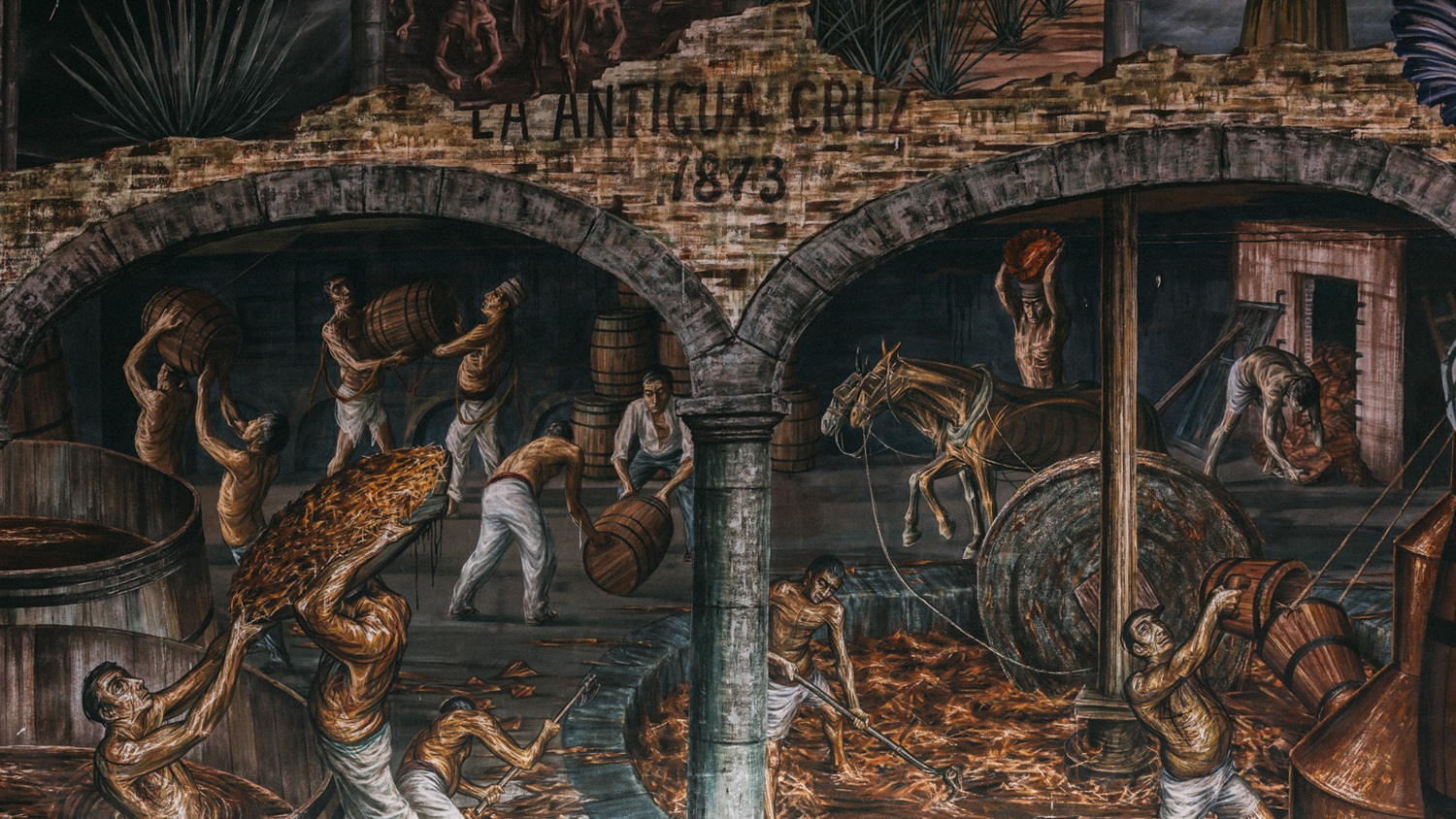 You can see upon entering the community that it is a very traditional setting, but you truly recognize its long history when you reach the plaza, with the still intact majesty of the monuments, large houses and colonial-style buildings. Franciscan friar Juan Calero founded this town under the name Santiago de Tequila. The word tequila comes from the Nahuatl tequillan or tecuilan, which has been interpreted as “the place where it is cut” (perhaps referring to the region’s obsidian deposits) or “place of tributes.” Previously, the area was inhabited by indigenous groups.

According to archaeological artifacts, the culture of agave in western Mexico dates from 1500 BC. It was so important to the natives that it was personified by Mayahuel, the goddess of fertility. The fermented drink obtained from the roasted agave originally was called mexcalli (agave cooked in a stone oven) but was changed to vino mezcal (mezcal wine) during the colonial period. Tequila, as we know it today, is the result of a mixture of two cultures, as the techniques of distillation were introduced with the arrival of Europeans. 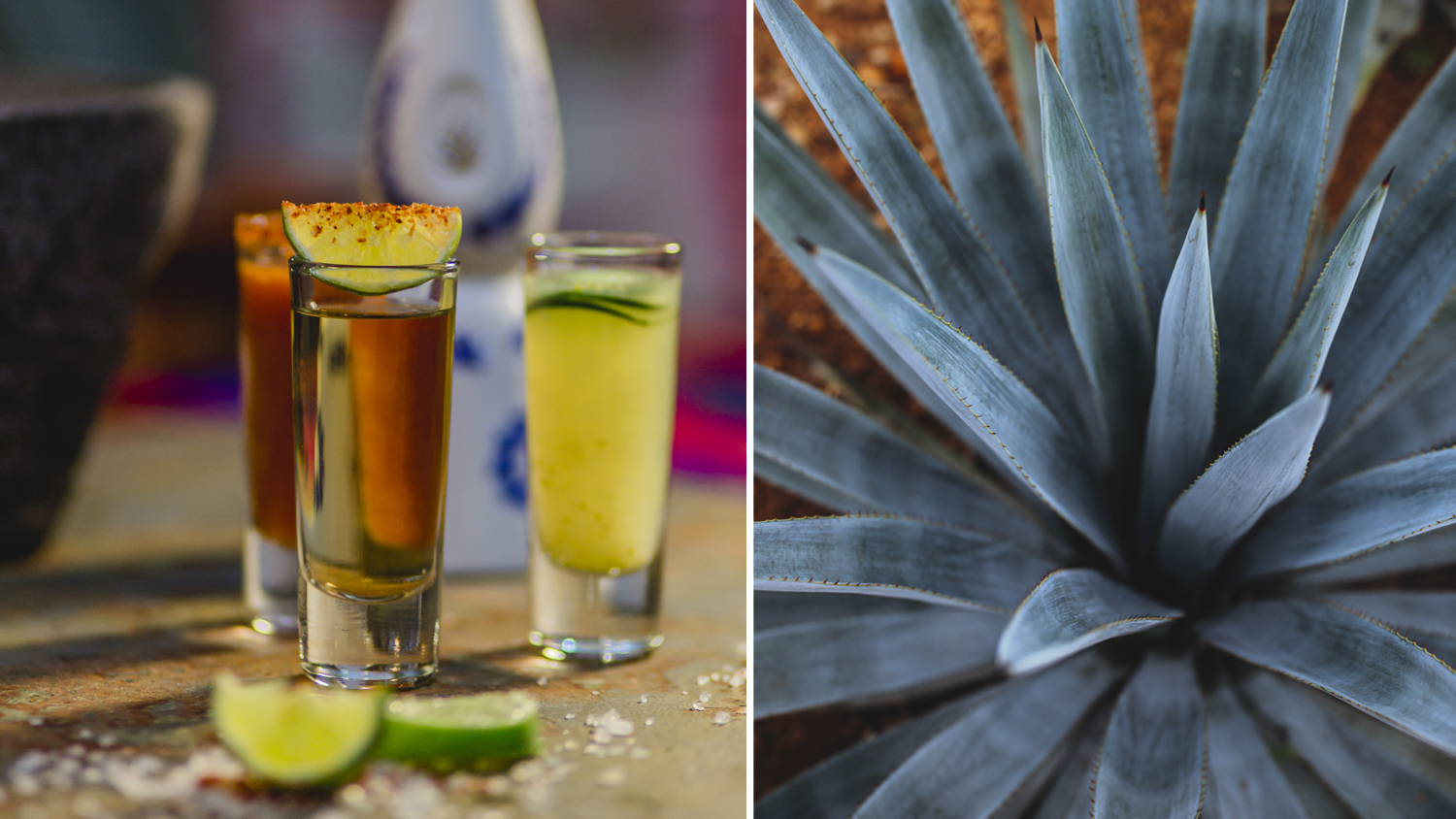 The Heart of the Town

Some of the buildings that can be visited in Tequila’s historic center are the Parroquia de Santiago Apóstol, built of cantera stone in 1649; the Capilla del Antiguo Hospital de Indios, built at the end of the 16th century; the Tequila town hall; the Museo Nacional del Tequila; and Los Portales (a commercial area that sits on what was previously the train station).

In this area you will also find the main plaza, where you can take a photograph next to the kiosco and the monumental colorful letters that spell out the name Tequila. In addition, there are some stands selling traditional cantaritos, refreshing drinks made with tequila, orange and lime juice, grapefruit soda, salt, ice and lemon. The tejuino with beer is another typical drink you can savor.

You will find many tequila company establishments in the area, where you can buy souvenirs and, of course, bottles of tequila. The pedestrian street José Cuervo is another interesting place that attracts many visitors, day and night. It is a very picturesque street, full of foliage, which provides access to the facilities of the Destilería La Rojeña and the Tienda Maestro Tequilero, which belong to the tequila brand known worldwide and whose barrels and machinery will surprise anyone. 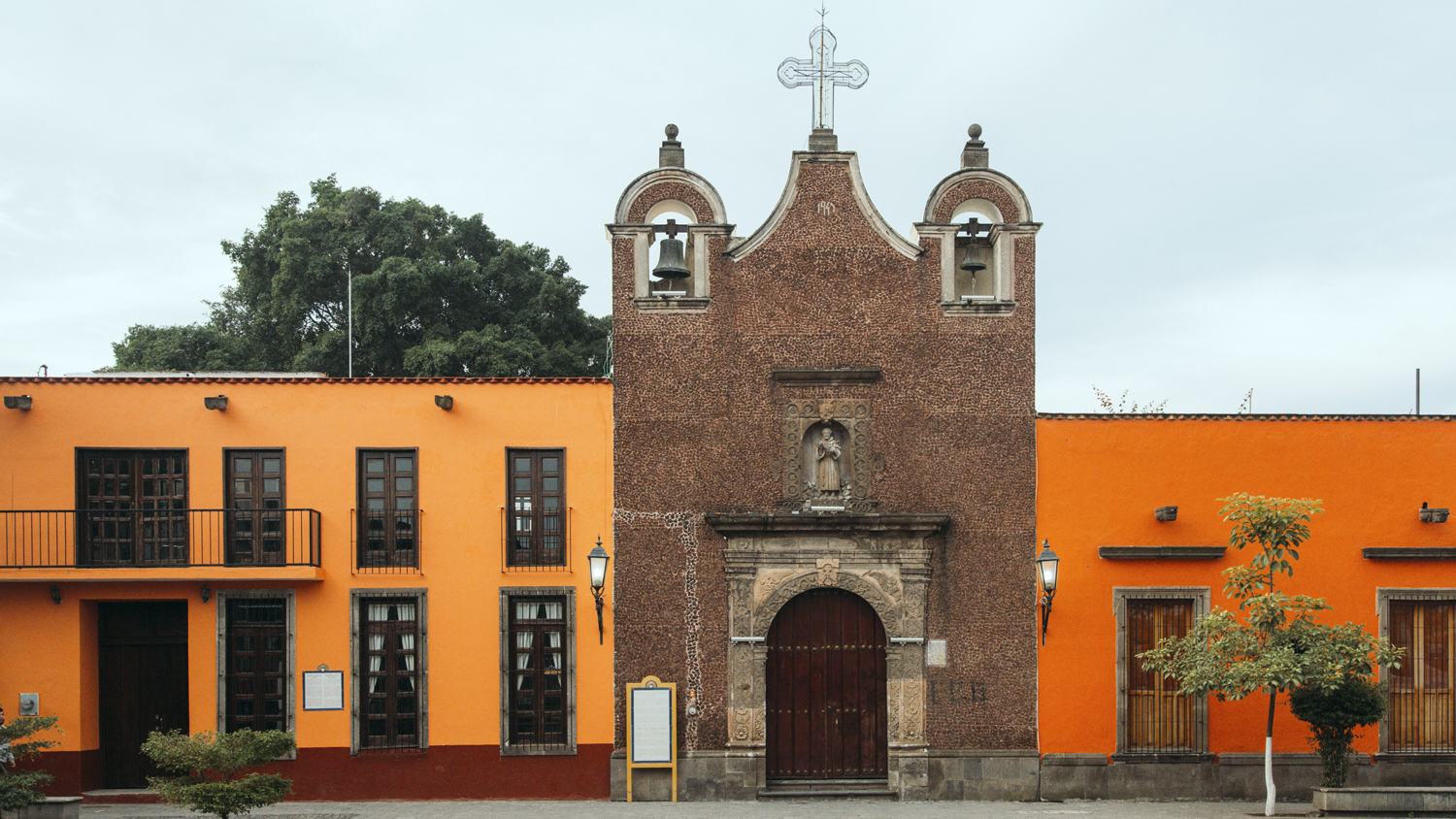 According to data from the Cámara Nacional de la Industria Tequilera (National Chamber of the Tequila Industry), the formal development of this drink began by 1750. And there are currently several producers based in this municipality, many offering tours of their facilities, where visitors learn more about the history and process of making tequila, from harvesting the agave to packaging. Without a doubt, going to Tequila and not taking one of these tours is like not having visited this Pueblo Mágico at all.

Casa Sauza is one of the most traditional and renowned tequilas, making it a good choice for a tour. It was founded back in 1873, when Don Cenobio Sauza (known as the father of tequila) acquired the La Antigua Cruz distillery, which he later named La Perseverancia. The guided tour includes a visit to this impressive installation, tasting the different types of tequila and a tour of a botanical garden, where the work of the jimador (the one who cuts the agave leaves to obtain the core) is explained. It also includes a delicious cocktail at Quinta Sauza, a hacienda with beautiful gardens that houses the Santo Coyote restaurant. Casa Sauza also offers a VIP tour that includes helicopter transportation to Tequila from Guadalajara and Punta Mita. Appreciating the agave fields from above is the best way to understand why this landscape (along with the old Tequila industrial facilities) was named a World Heritage Site by UNESCO in 2006. 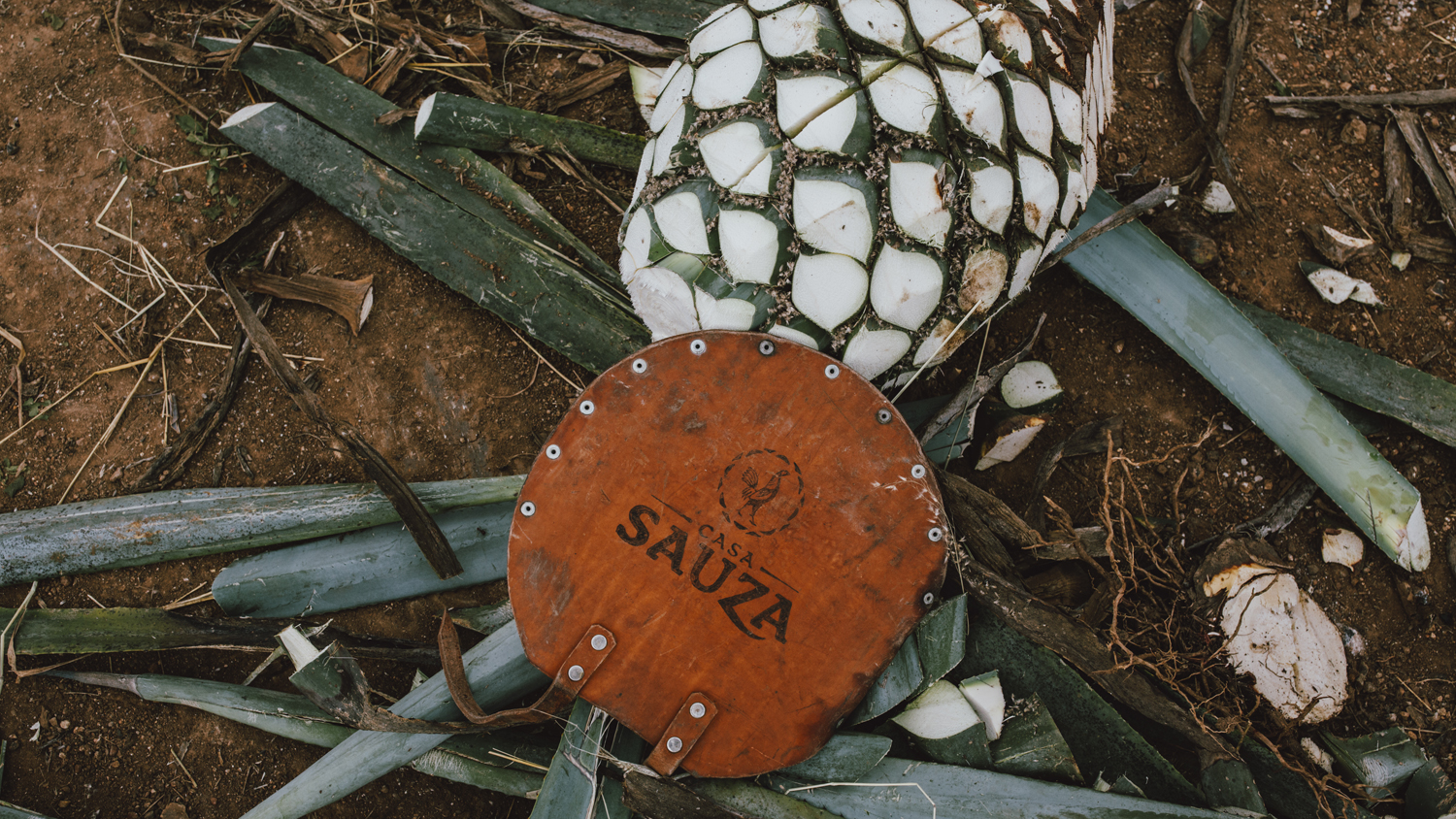 After a very active day touring the streets of Tequila, the best way to recoup your energy is a lunch or dinner full of authentic Mexican flavors. To one side of Tequila’s main plaza is the elegant Hotel Solar de Las Ánimas, which houses the restaurant La Antigua Casona (open to the public). Its haute cuisine, featuring regional dishes and some international ones, is prepared in an exceptional way by chef Eduardo Marín. The dishes include baked panela with salsa verde, duck breast in pink mole and beef steak with black mole. Of course, its bar offers several brands of tequila and cocktails that include margaritas in various flavors, such as pineapple-chili and strawberry-basil.

If you prefer a more casual option, you will find a wide variety of traditional food establishments throughout the historic center of the city. 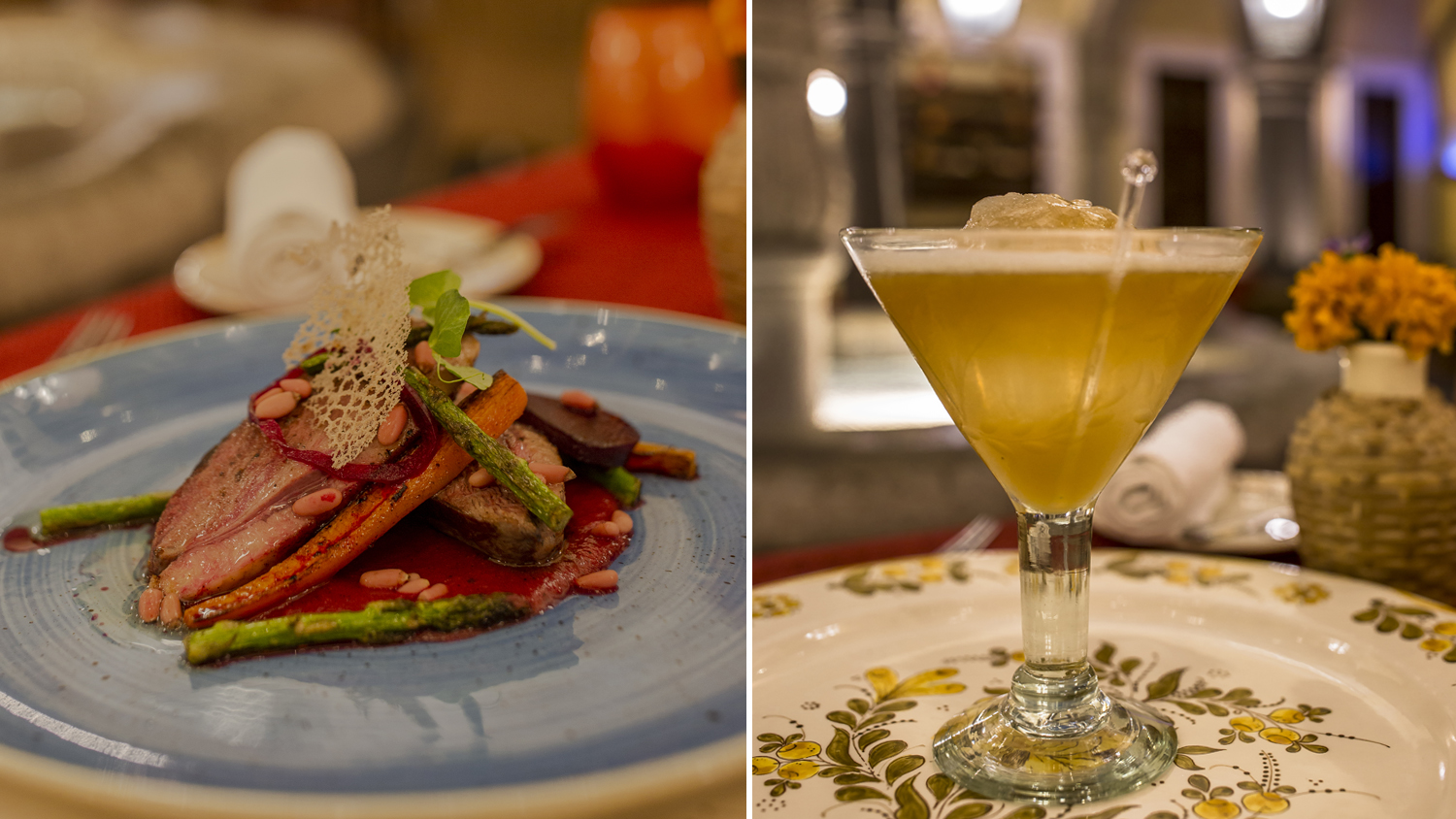 While it is true that Tequila has multiple lodging options, one of the most special is the Matices boutique hotel, located in Tequilera Hacienda La Cofradía, on the outskirts of town. Its uniqueness is that its rooms are distributed along a field of agave and each one is in the shape of a barrel. It is a very quiet place, with a unique panoramic view. Thanks to the fact that it is within a tequila development, it has amenities such as the underground bar-restaurant La Taberna del Cofrade, boutique shops, swimming pool, museum and meeting rooms. 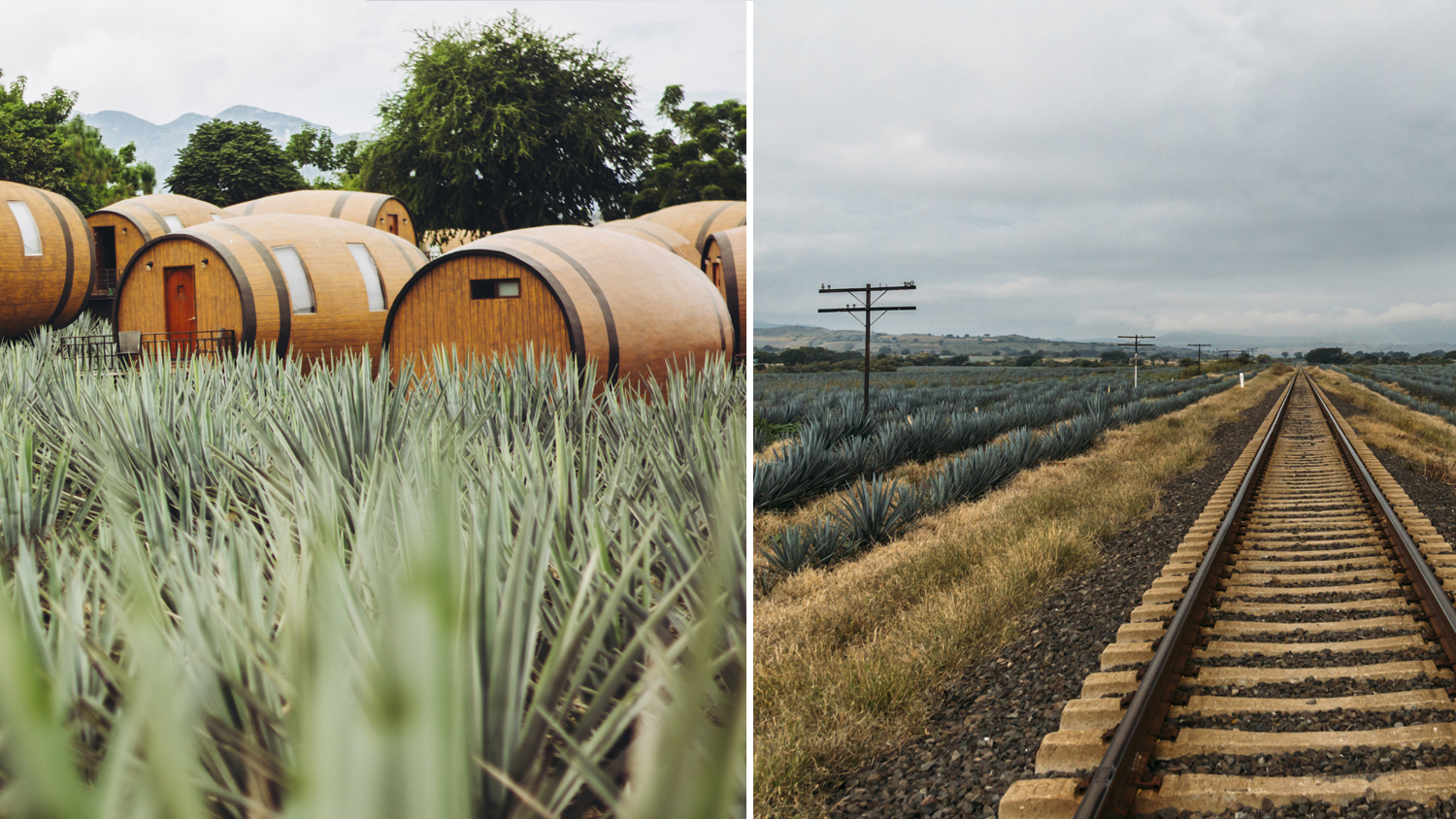 Before Returning to Puerto Vallarta

A little more than six miles from Tequila is Amatitán. It is another town important for tequila production and is worth considering for a visit to continue enjoying the agave landscape and colonial architecture. 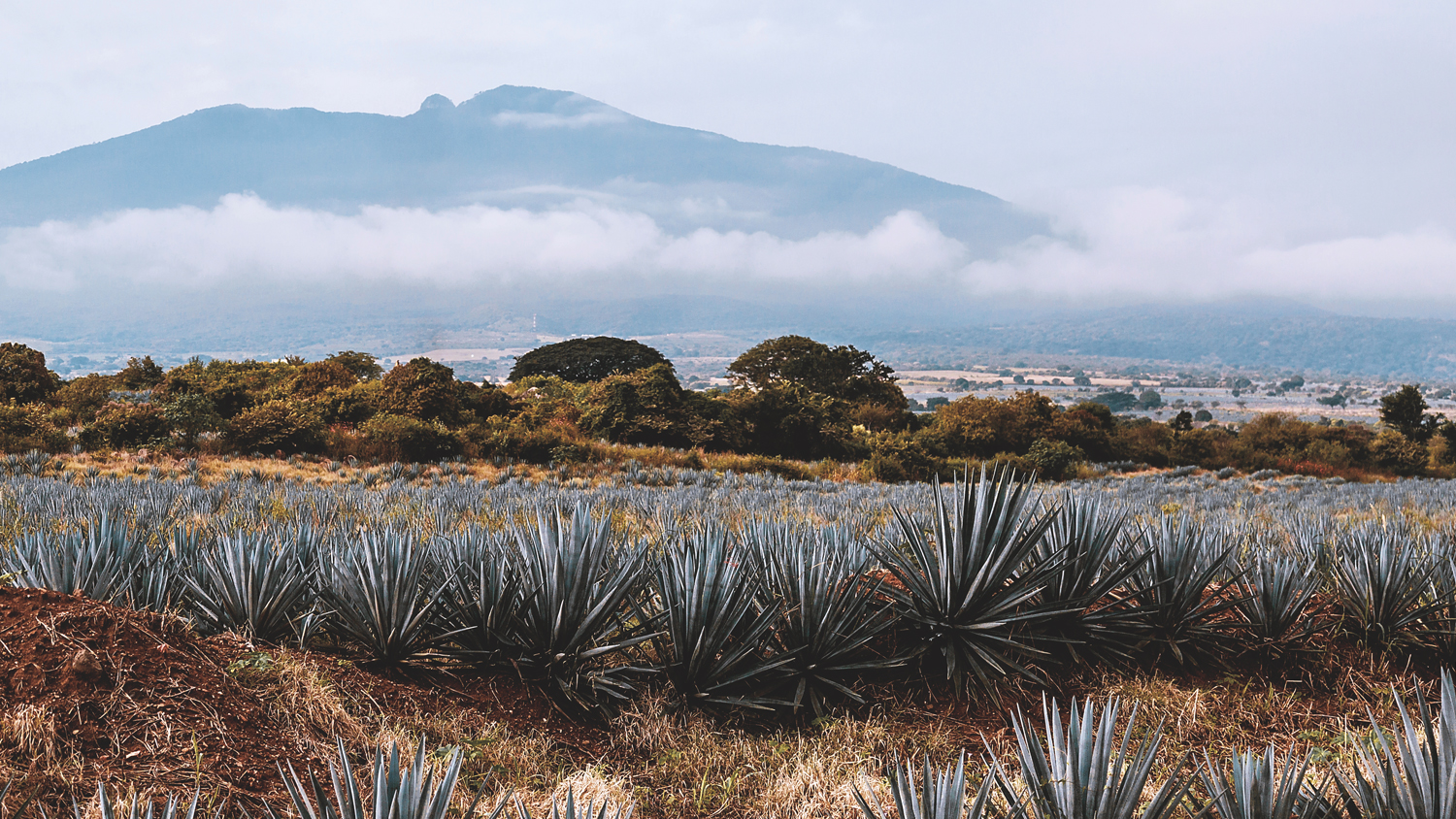 Since every trip must end, when it is time to return to Banderas Bay, there is nothing left but to bid farewell to the Valles de Jalisco region with a “See you later, Tequila.” We definitely will remember this beautiful town and its attractions every time we enjoy this traditional distilled drink.

Puerto Vallarta Gets Ready to Receive the First Regatta of 2022

A report presented by Airbnb travel platform shows the most interested cities in booking for this first...
Jorge Chávez
1,014 views
Events

The new wave of urban art in Puerto Vallarta likely began on Morelos Street, one of the busiest in El Centro.
Jorge Chávez
916 views
Specials