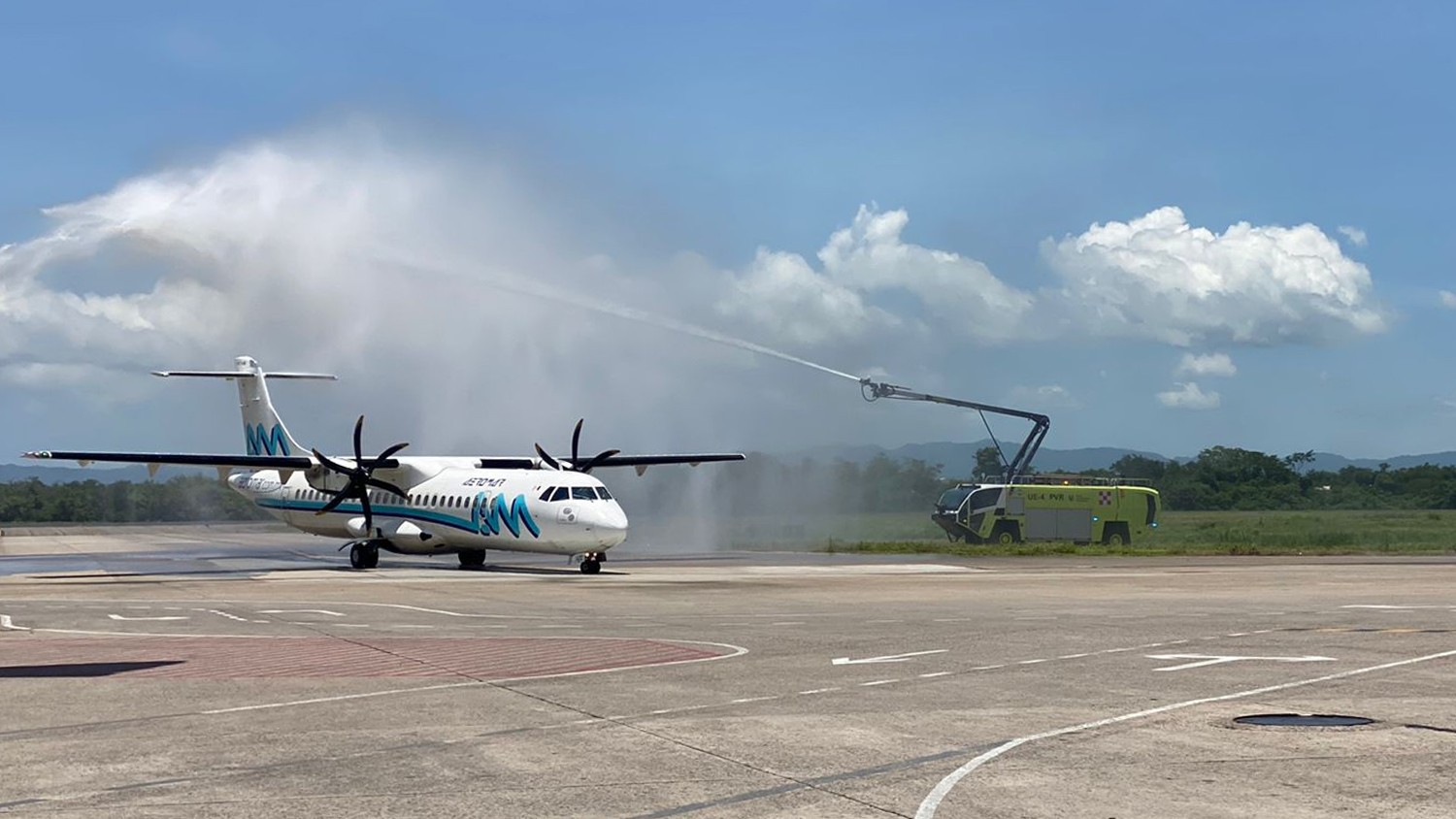 Yesterday, Puerto Vallarta welcomed a new flight operated by Aeromar, which connects our destination with Monterrey, via San Luis Potosí. This new frequency will be held four times a week.

Likewise, today is expected the arrival of a flight coming from Monterrey, via Aguascalientes. This frequency will operate three times a week.

Between both flights, there are 504 new seats a week coming to Puerto Vallarta and Riviera Nayarit region.

“We are very proud to continue adding operations to new destinations, as well as to important cities in our country. All this is contributing to the consolidation of Aeromar as the most important regional airline in Mexico,” said Juan Rossello, commercial director of Aeromar.

Considered as the Industrial Capital of the North of Mexico, Monterrey has a population of more than five million inhabitants. In addition, it is the home to some of the most important national companies in our country.

Visit Aeromar website for the schedules of these flights.

JB Trombone & The Jamaican Brothers is a reggae jazz ska band that was founded in Puerto Vallarta at the end...
Jorge Chávez
327 views
People

Abasolo Street is another of the streets in Puerto Vallarta’s El Centro that has experienced the greatest...
Jorge Chávez
345 views
Specials