Triton and Mermaid: A Majestic and Romantic Encounter 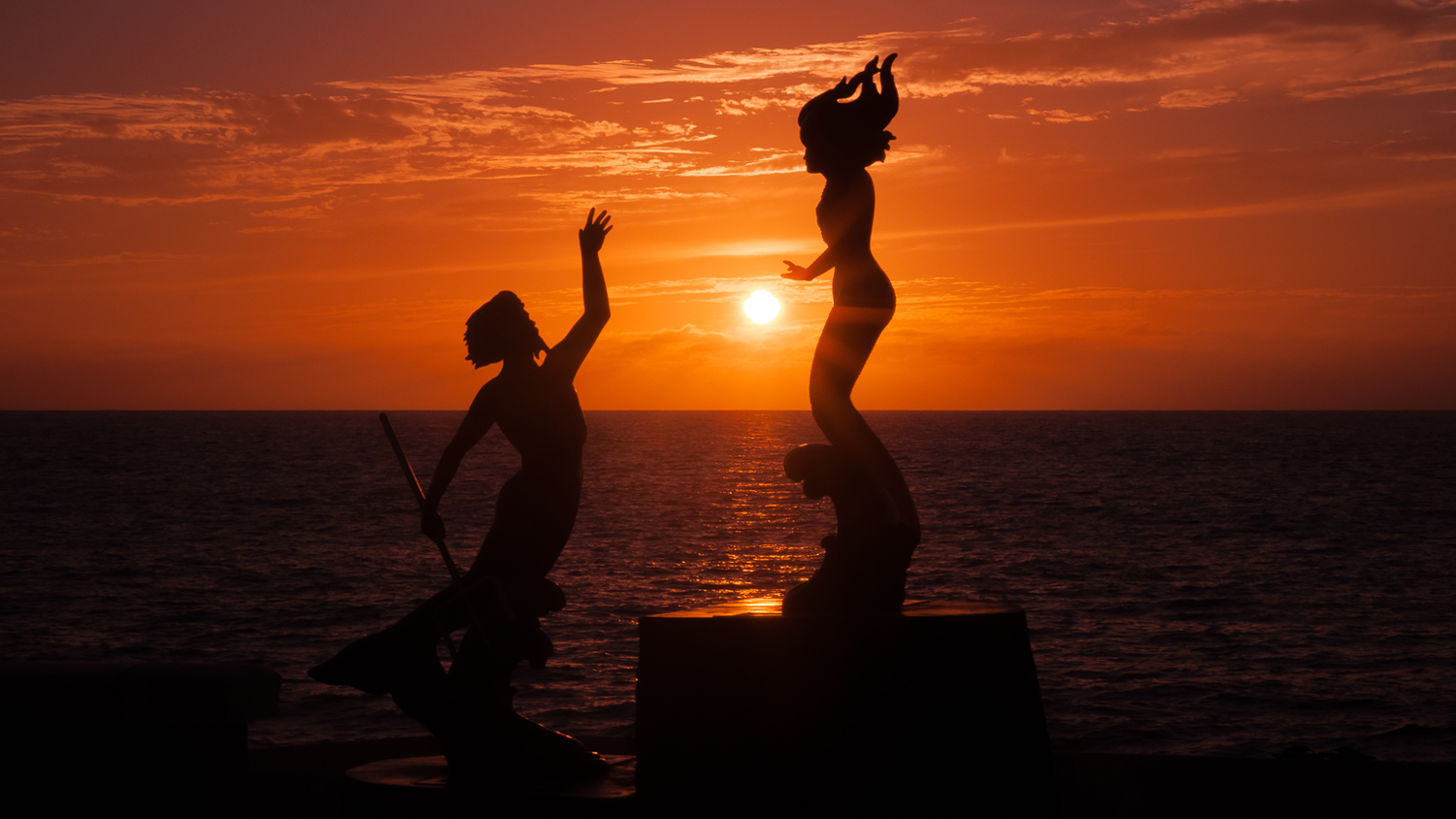 Created by artist Carlos Espino in 1987, the sculpture “Tritón y Sirena” (Triton and Mermaid) focuses on highlighting the human form and is based on classical Greek mythology. It was inaugurated on the Puerto Vallarta’s Malecón in 1990.

This artwork represents Triton, one of the Greek gods of the sea (son of the gods Poseidon and Amphitrite), who is approaching a mermaid (formerly maidens of the goddess Persephone, who attracted the sailors with their music and lovely voices to wreck them).

As an analogy, this statue is one of the most suitable to represent Puerto Vallarta, a destination where the wonders of the Pacific mix with the beauties of the mountain in a majestic and romantic encounter.

Carlos Espino (1953-2019) was part of an Italian family of painters and sculptors. He had 10 siblings and he was the only one who dedicated himself to sculpture full time. In Mexico, his work was known through a traveling exhibition in the country’s southeast, which was organized by the Instituto Nacional de Bellas Artes (INBA) (National Institute of Fine Arts).

Over the time, “Triton and Mermaid” has moved location. It is currently where Abasolo Street ends on the Puerto Vallarta’s Malecón.

Celebrating the 17th Anniversary of the Mayto Sea Turtle Camp

During the first half of 2020, the small tunnel acquired a new facet with works representing some of the...
Jorge Chávez
398 views
Specials

Leonardo Uribe
General manager
Arq-Espacio
“We started to advertise 7 or 8 years ago and certainly it has helped us position our brand. Now that we have improved a lot in quality, processes and finished products, our marketing in the magazine is precisely to strengthen the leadership we have earned through the 13 years in the area. I also think that we also have grown with the advertisement and that it has been done and it has helped us get to where we are now.”
Vallarta Lifestyles Picks