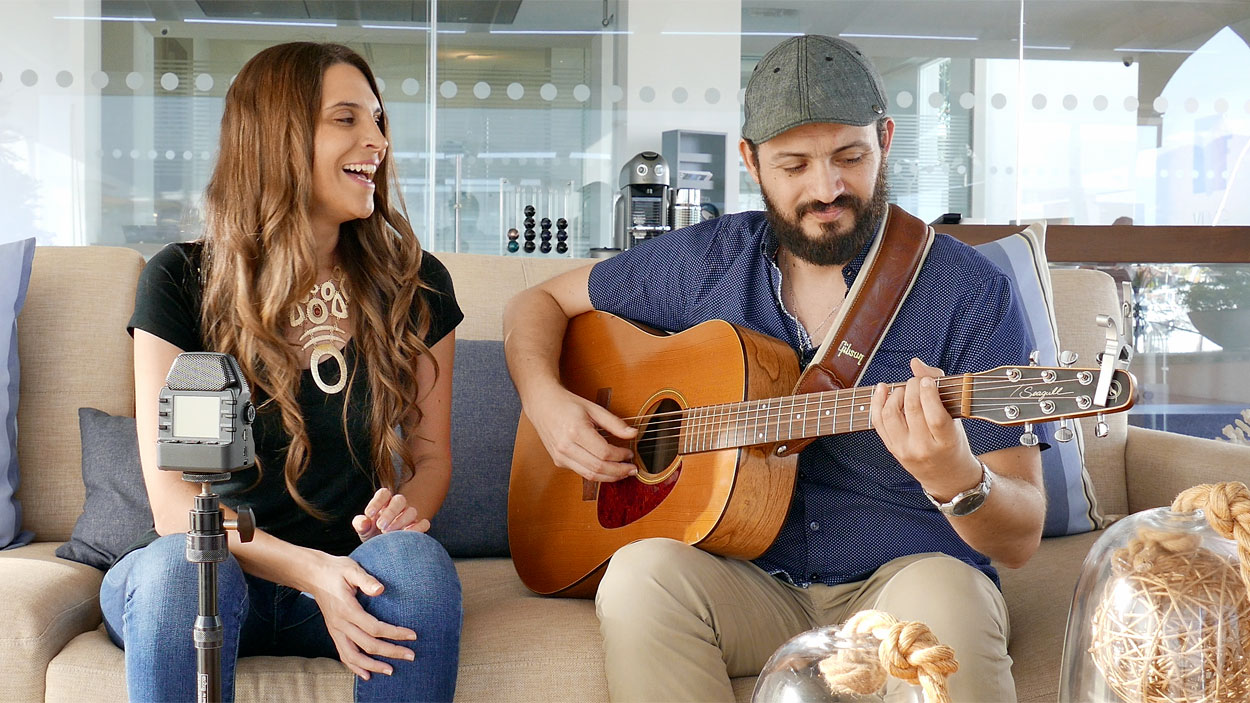 After a successful series of concerts in the United States, Bohemia Viva is back in Puerto Vallarta for their fourth consecutive season, and will soon begin performing Kaleidoscope, their brand new show. The Argentinean duet comprised by Andrea Mottura and Luis Lujan, is one of Puerto Vallarta’s favorite performance groups for their unique style, harmonizing and blending their voices with Lujan’s lush guitar chops. Bohemia Viva performs an eclectic collection of popular and traditional songs in English, Spanish and Italian, connecting with audiences through song, stories and emotions.
Vocalist Andrea Mottura began participating in several music-related projects at a young age, through which she acquainted herself with different genres, from Argentinean tango to American popular songs. Composer, singer and musician Luis Lujan has produced exceptional music events in Cordoba, Argentina, his hometown. Together, they created BohemiaViva in 2010 and since then, the duet has toured Mexico, South America, the United States and Italy performing international music along with original repertoire.

As part of their seasonal engagement at The Palm Cabaret and Bar, Bohemia Viva will launch Kaleidoscope, a new performance featuring a brand new selection of songs, enhanced with the use of video and storytelling to create a strong, emotional narrative. In addition, Bohemia Viva will be releasing a new, limited-edition double CD with their most requested songs and original Bohemia Viva music. The CDs will be available for sale at their performances at The Palm Cabaret and Bar.

For a taste of some of the music featured in Kaleidoscope, please enjoy these two selections, recorded at Vallarta Lifestyles Media Group on Wednesday, December 21, 2016.

IMPORTANT: For English subtitles, please wait for the video to begin, and then click on the CC button at the bottom of the video.

The Best of Puerto Vallarta in Pictures