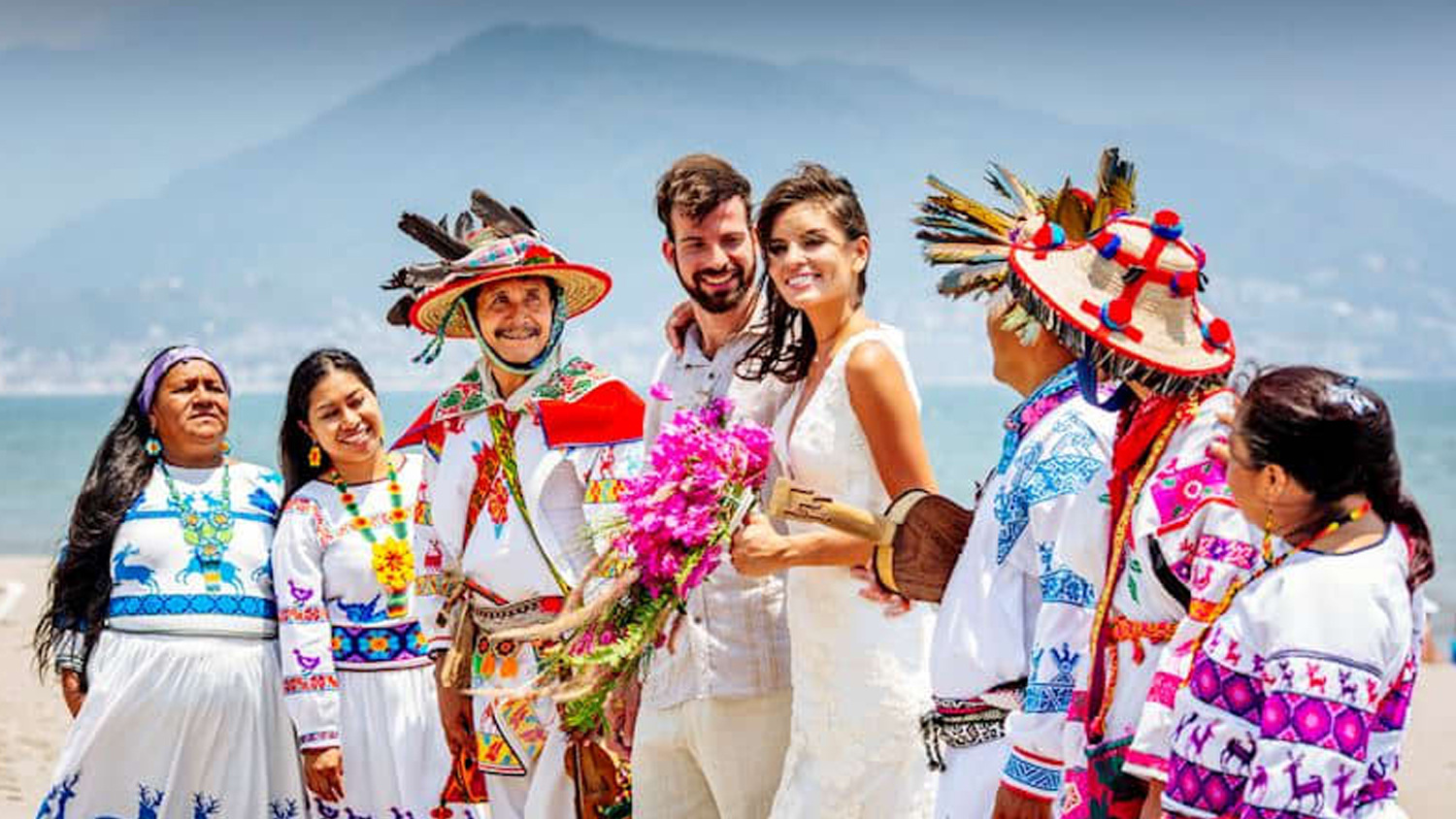 In the Wixárika (Huichol) community, the spiritual union of two people is known as wirraritari. Today, in both Puerto Vallarta and Riviera Nayarit are held ceremonies where a couple can get married according to the tradition of this ancient culture.

This kind of weddings, in addition to being characterized by their simplicity, symbolism and spirituality, can be carried out on the seashore or in the spaces where nature is the main guest.

To carry out the wirraritari ceremony, the bride and the groom must be dressed in Huichol style, that is, clothes of white blanket or linen embroidered with flowers, deer and stars. Men can also wear palm hats with feather and/or tree seed ornaments.

The ceremony begins by holding an offering with five-colored corn. Later, the marakame (priest) cleans the bride and groom with copal, and eagle and falcon feathers, accompanied by holy water, while he gives them advice for their life in accordance with the traditions of this ancient culture.

Once they are spiritually clean, the newlyweds join hands, hug, feed each other, drink tejuino (a drink made from fermented corn) and lie down on a mat.

Now that they are a wirrárrika (Huichol man) and an ukari wirrákita (Huichol woman), the couple dances to the rhythm of the tepo (a wooden drum with deer skin) and the singer proclaims in chorus that this way they will be together forever. Then, the celebration with the other guests begins.

5 Things to Do in Rincón de Guayabitos

In the central part of the extensive tourist corridor of Riviera Nayarit, approximately 43.5 miles north of...
Jorge Chávez
240 views
Viewfinder

In the Wixárika (Huichol) community, the spiritual union of two people is known as wirraritari. Today, in...
Jorge Chávez
338 views
Specials