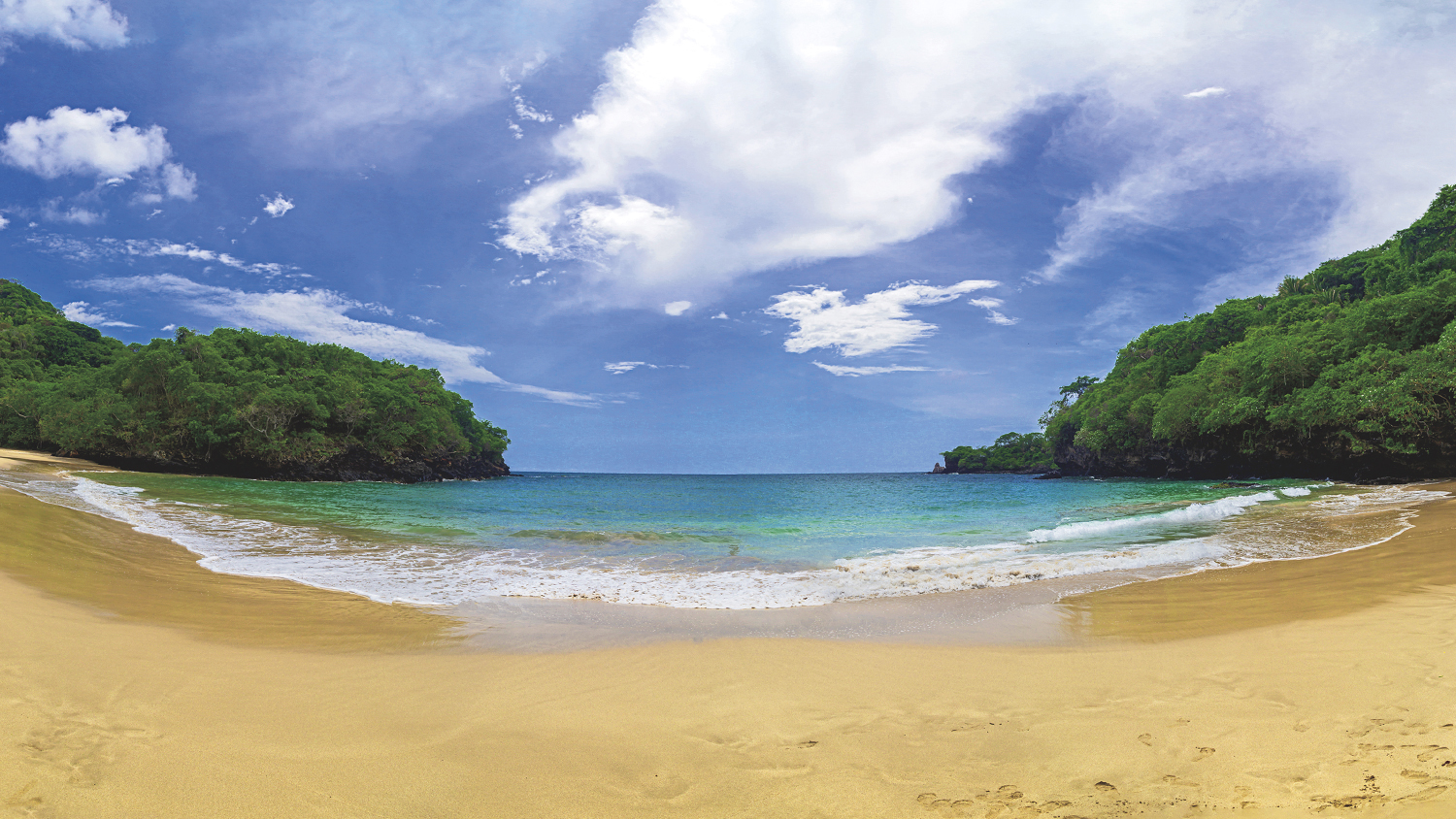 Starting the adventure before sunrise, breathing the cool morning air while you are on the road and watching through the car window as the light of dawn begins to tint the sky with pinkish and reddish tones that merge with each other is an experience that accents the urban and natural landscapes of Riviera Nayarit as they begin to be illuminated little by little.

Continuing the journey north, passing through the natural green tunnel that envelops Carretera 200 between Sayulita and Lo de Marcos, you drive 60 more minutes until reaching a place of peace, serenity and mystery surrounded by a jade-colored sea: Chacala, Nayarit, a picturesque fishing village with a harmonious atmosphere, its inhabitants imparting warmth, confidence and respect to visitors.

Visiting this Riviera Nayarit micro-destination is an ideal getaway for those explorers seeking a liberating experience, unpretentious and in harmony with nature, where peace and relaxation meld with this site replete with ancient reminiscences and cultural traditions.

Among its attractions and points of interest are Los Petroglifos de Altavista and beaches such as Chacalilla, Caletas and Las Cuevas. For a more complete experience, it is best to be accompanied by a guide who knows the area, as well as the history and mysticism surrounding these amazing sites. 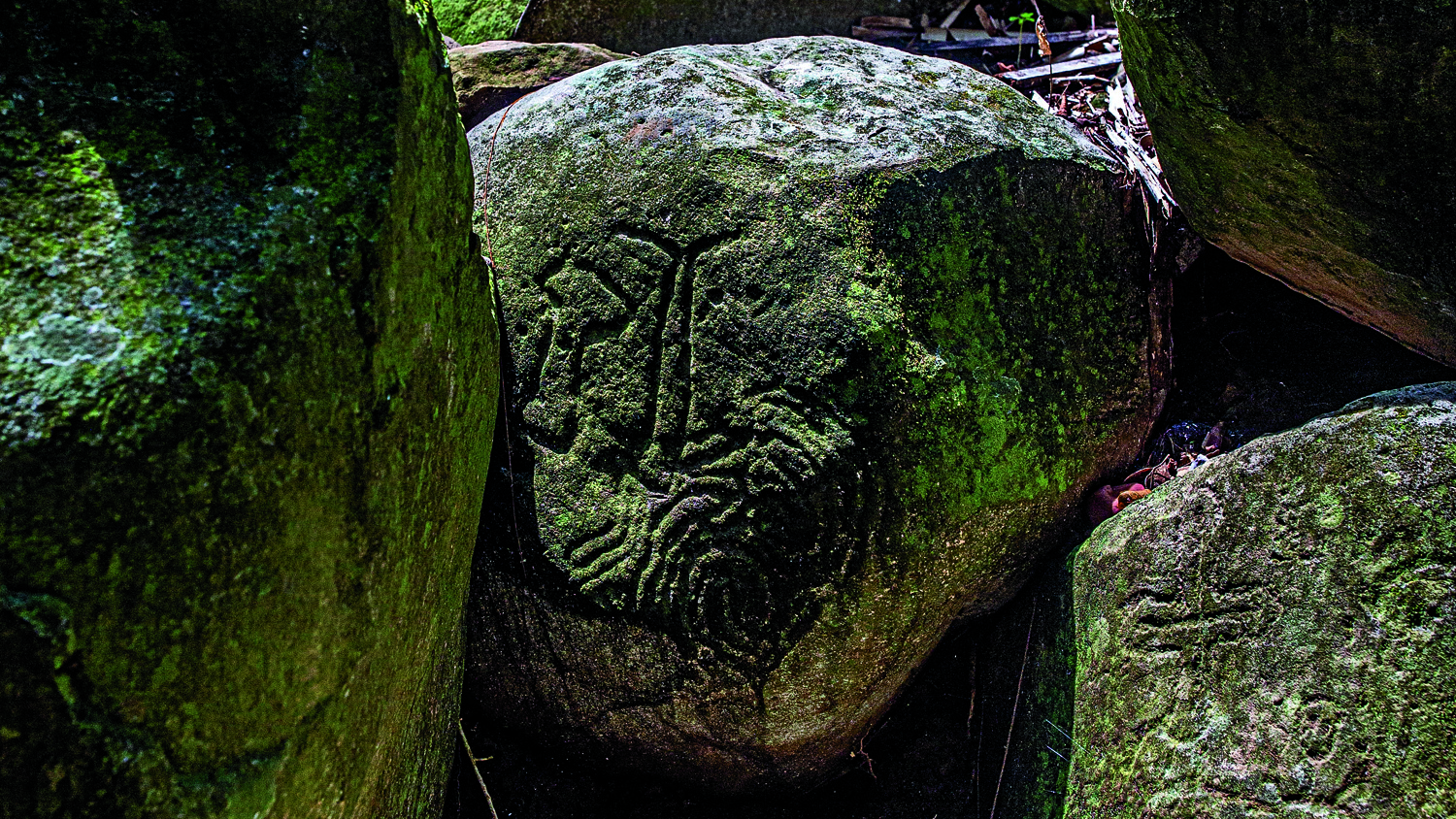 To get to the petroglyphs from Chacala, drive south on Carretera 200 for about 15 minutes, until you see a sign on the left that indicates the entrance to Altavista, an archaeological area hidden in the jungle. After traveling along a dirt road, there is a small hostel where you can leave your vehicle and start a walk of about 30 minutes.

The trail is well marked, with several posters telling the story of this mystical place that holds, among its flora and huge engraved volcanic rocks, part of the history of the Tecoxquines, one of the first pre-Hispanic ethnic groups that inhabited this area approximately two thousand years ago.

This place is composed of four ceremonial centers, three small ones that lead to a main one known as La Pileta del Rey (The King’s Pool). Thus, along the way you will see offerings such as fruit, candles, decorative objects, ribbons and colorful crafts of the Wixárika ethnic group, who consider it a sacred site and are responsible for preserving these ancestral traditions.

The last and most important ceremonial center is a series of huge volcanic stones that seem to be perfectly aligned and contain the water that comes down from a hidden site. After the walk, a good dip here is ideal to cool off.

Arriving at this site becomes a unique spiritual experience, as being in communion with nature and appreciating the offerings that are part of the ancestral traditions will undoubtedly captivate those who seek an adventure full of feeling. 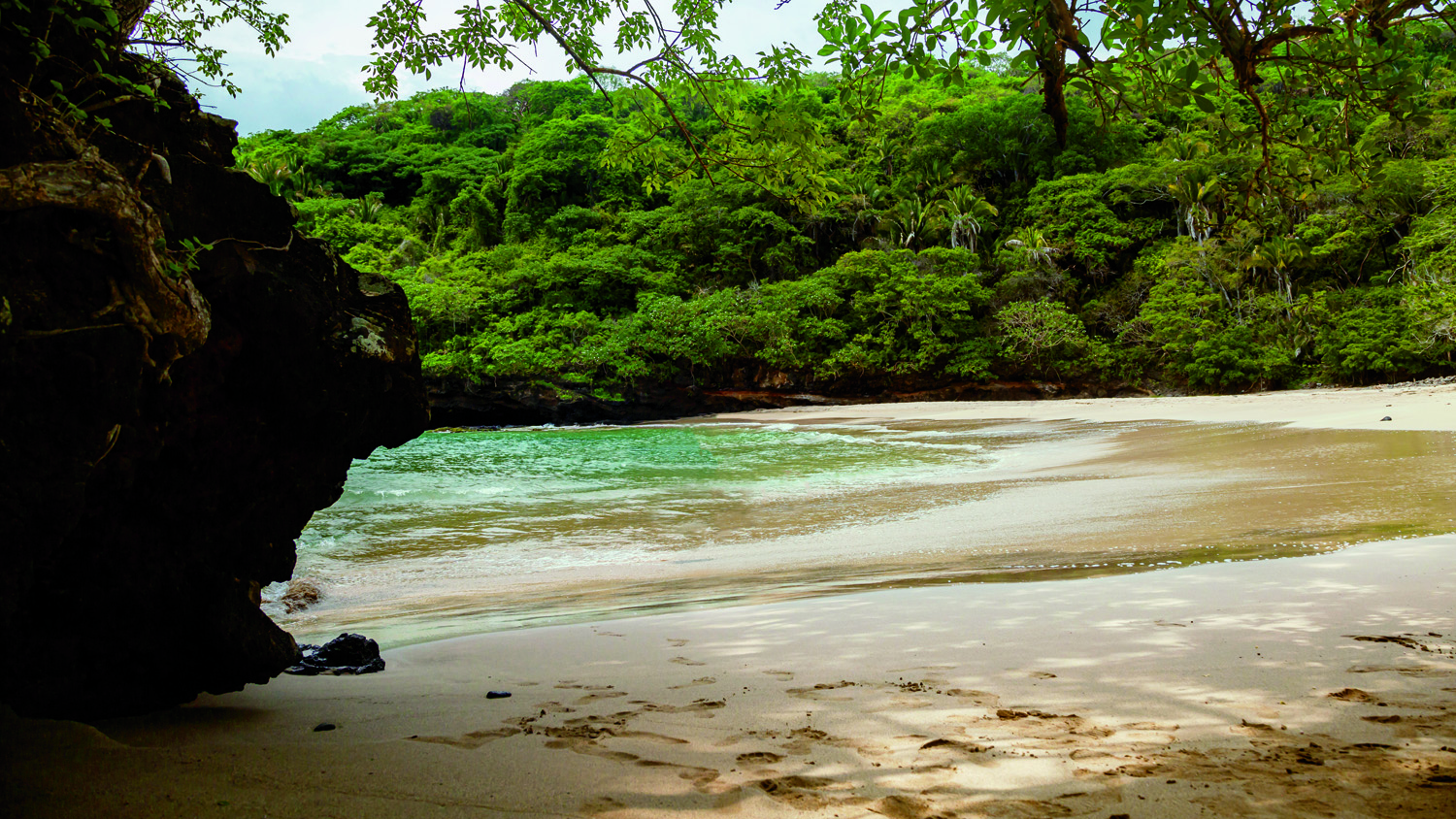 Once attuned, it is time to move on to salt water. On the way back to Chacala, about three miles before arriving, there is a turn off to the left that connects with El Divisadero, a small town that is home to one of the area’s jewels: Playa Las Cuevas, with soft, fine sand covered by the Pacific’s crystalline and calm waters.

The name of this beach comes from the fact that, with the passage of time, the sea has formed small caves in a rock outcropping covered by thick vegetation. Interestingly, when the tide is low, it is possible to swim through them in the company of an experienced guide. 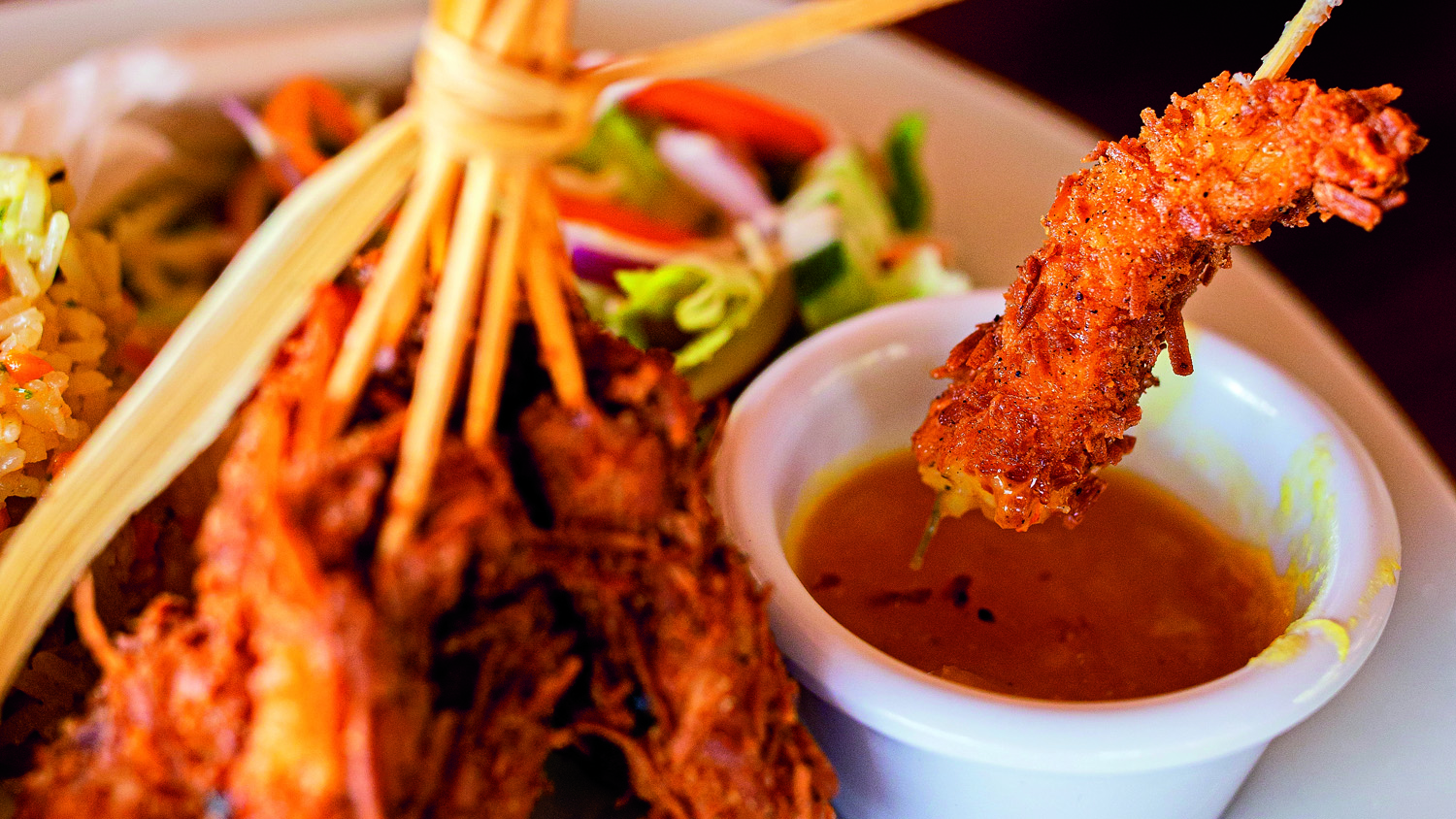 Once back in the heart of Chacala, to restore your energy after a morning full of activities, enjoying a delicious reward is ideal. There are several restaurants here with seafood specialties and traditional Mexican food, although some hotels are beginning to make inroads with more elaborate dishes.

One recommendation is trying the typical Pescado Zarandeado, whose sauce is lighter, as it is prepared with less spice, leaving a pleasant taste on the palate. It is served with refried beans, rice, Mexican salsa and handmade tortillas. 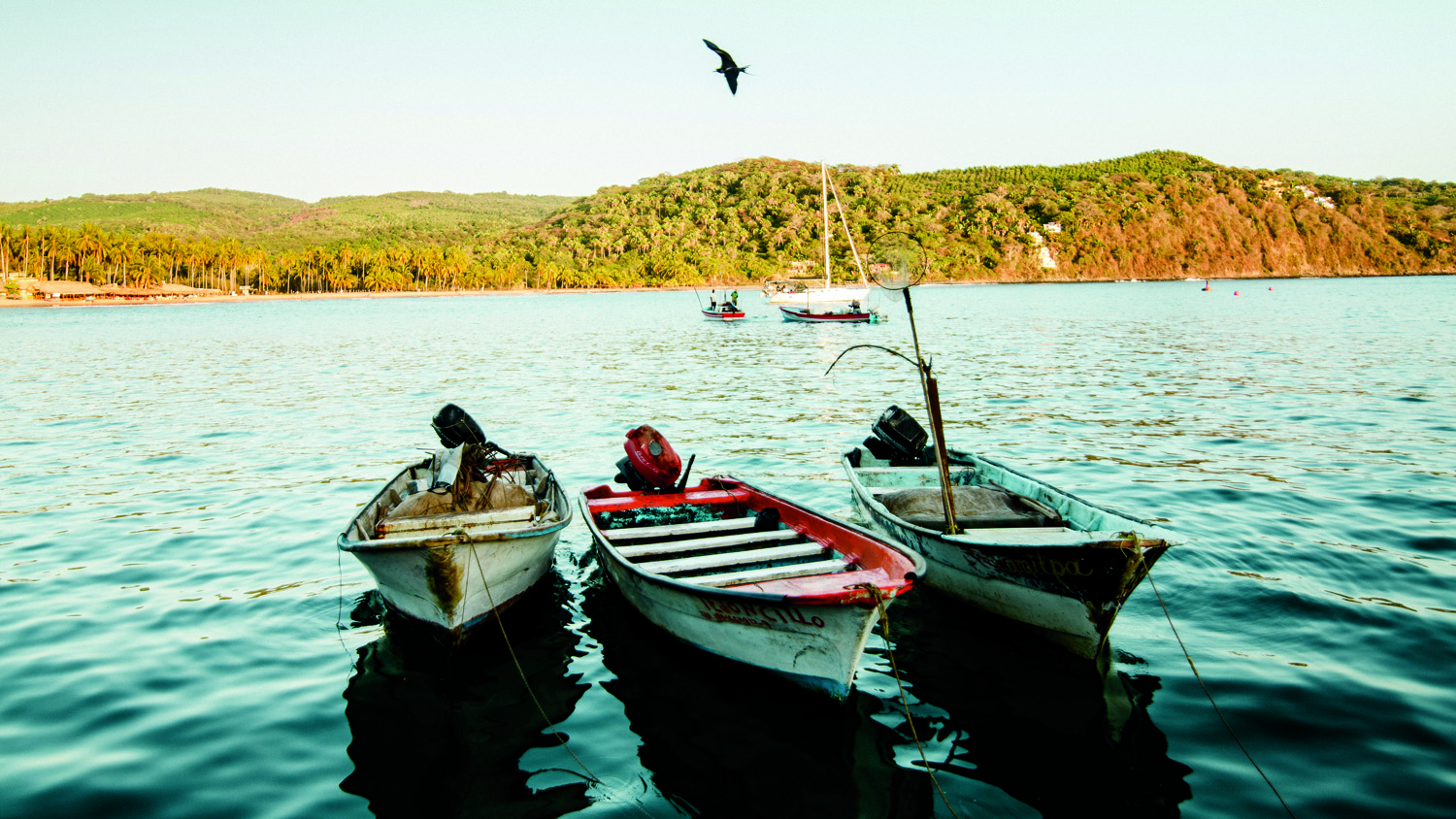 The origin of Chacala dates back to 1524, when its coast was discovered by Captain Francisco Cortés de San Buenaventura, nephew of Spanish conqueror Hernán Cortés. This port was one of the most important in the region, especially before San Blas was active, as according to residents’ stories, this coast witnessed the arrival of various Dutch pirate ships, as well as the departure of Father Kino, an explorer and Jesuit missionary who brought livestock and some knowledge of agriculture. In fact, during his time in Baja California, he took advantage of that land’s merits to begin to develop the wine culture in Mexico. 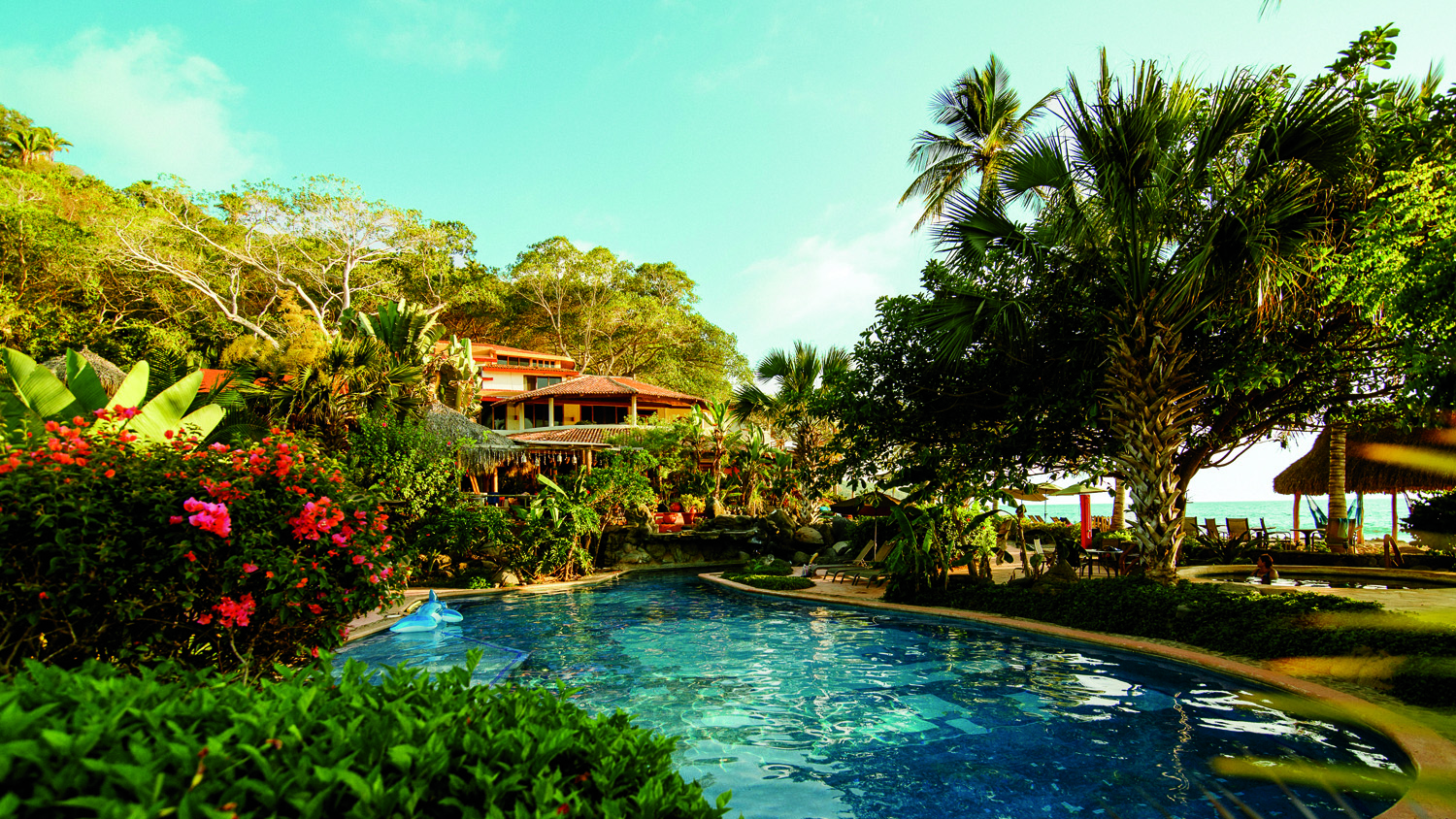 There are several lodging options in this town, mostly in front of the beach or just a few steps away. An example is Mar de Jade, a hotel with an altruistic history, founded by Dr. Laura Del Valle, who came to this region 30 years ago and began this project as an inn to provide stays for young doctors, mainly from the United States, who came to provide clinical services to the community in a voluntary basis. When this medical residency program ended, the establishment continued to offer lodging until it became what it is today: a place of rest and well-being, where various yoga and meditation retreats are held. 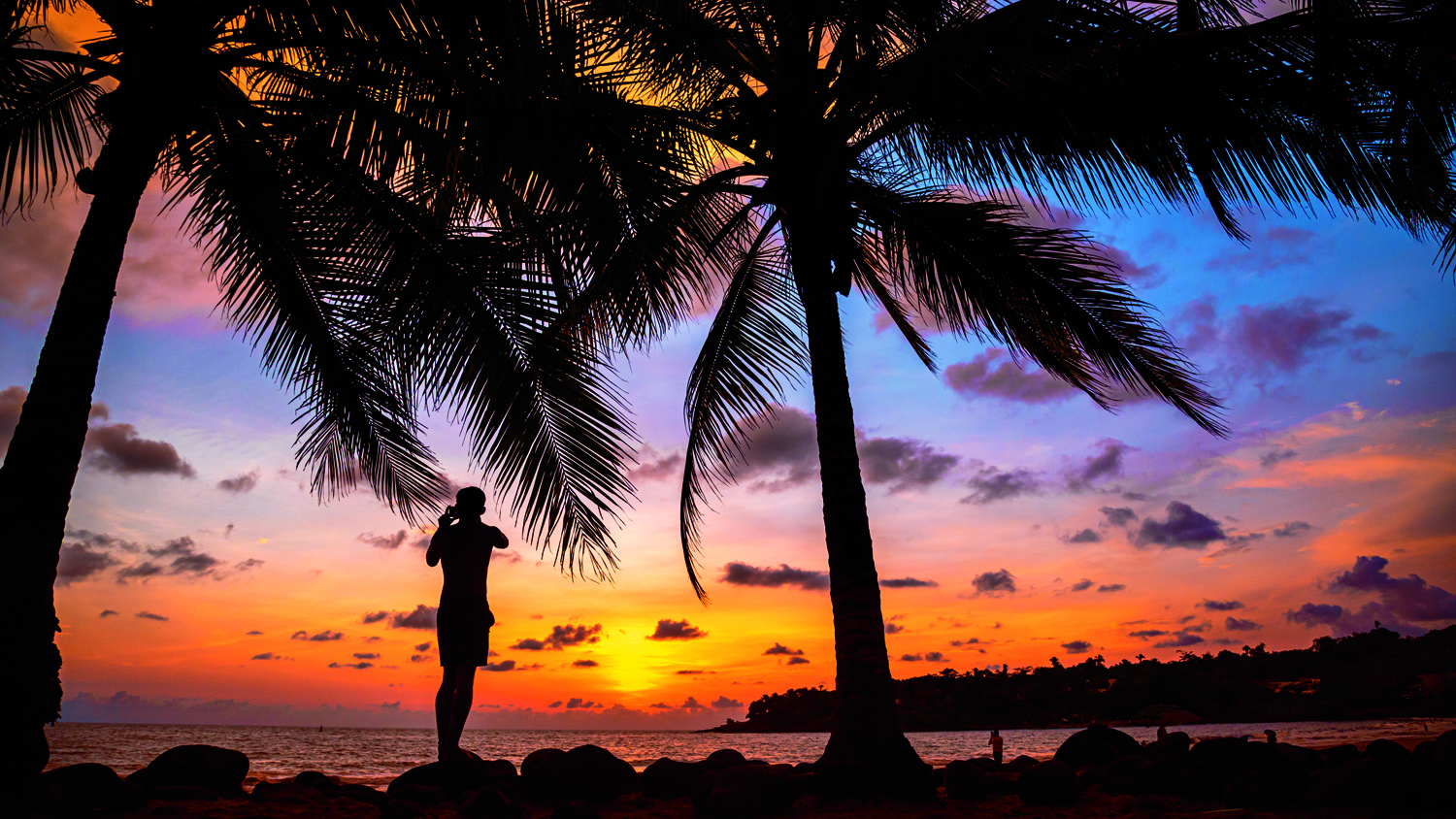 In addition to the beach, petroglyphs and wellness activities, there are several excursions available during the winter, such as the sighting of humpback whales and different migratory birds, as well as a visit to the Laguna Encantada (Enchanted Lagoon), the crater of an inactive volcano that used to fill with water, to which residents attributed extraordinary events that are now part of local folklore.

After a few days full of tranquility and contact with nature, it is time to pack, get in the car and start the journey back home, with renewed energy and a calm, liberated mind.

During the last months of 2022, the Four Seasons Hotels & Resorts will be opening innovative Naviva, an...
Jorge Chávez
733 views
Activities

A City that Opens its Doors to Urban Art

Urban art is an active form of expression that also offers a robust display of the creativity and talent of...
Jorge Chávez
351 views
Specials