Ideal for enjoying in the tropics, this delicious and healthy dish fuses Caribbean and Oriental styles with a subtle Mexican touch. The salmon fillet is marinated in soy sauce, garlic, brown sugar and a touch of jalapeno. Once seared, it is topped with a layer of toasted shredded coconut and put in the oven to finish cooking, creating a delectable crust.

It is served with plantain puree and black beans, over a creamy coconut milk sauce incorporating scallions, celery, a touch of cumin and serrano chili. The resulting mixture of flavors and textures—the crispy coconut, the touch of sweetness from the sauce, the beans and the plantain combined with the soy sauce—is wonderfully refreshing. And since the plantain is baked, the dish is healthy and low in fat. With that in mind, you will be tempted to order extra coconut sauce!

For those who want a more traditional pairing, a glass of Chardonnay would be a very good choice; however, a red wine combined with the salmon, the smoky touch of the baked plantain, as well as the mix of soy and sugar, creates an exquisite combination. 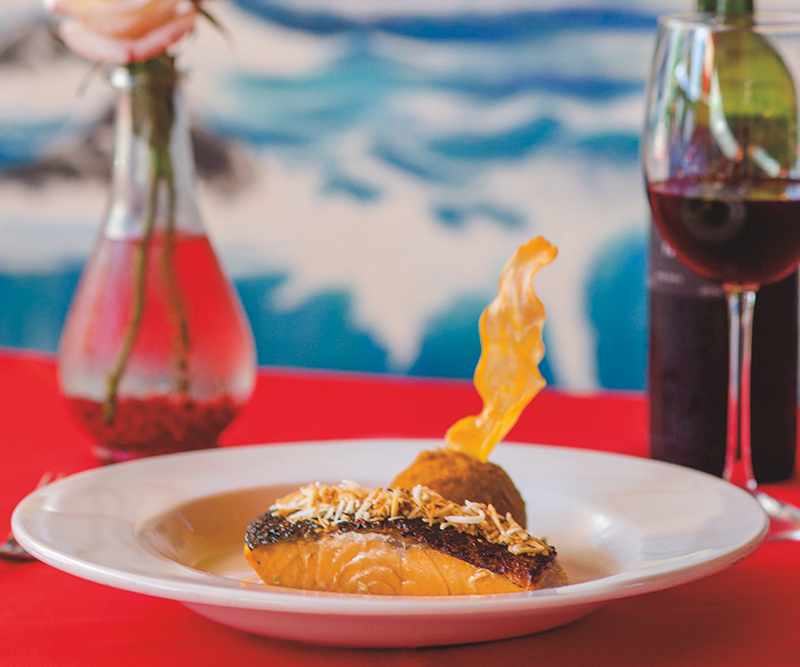 Originally from Puebla, chef Mario Murillo began his career at an early age, destiny taking him to New York and Connecticut, in the northeastern United States. There, he had the opportunity to discover and learn culinary techniques from around the world. And it was there that he partnered with the owners of Layla’s Restaurant to bring to Puerto Vallarta his original fusion of Mexican and international food, intended as haute cuisine.

Today, his constant search for new challenges and creations continues. “The quest never ends with gastronomy. You learn something new every day,” he says. 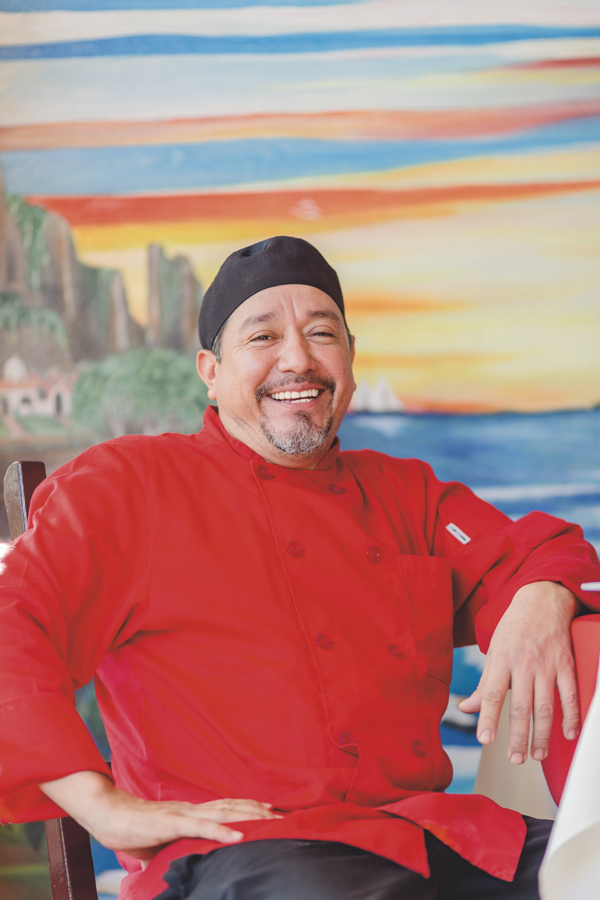