Movies with Landscapes of Vallarta · Nayarit and Beyond – Part III 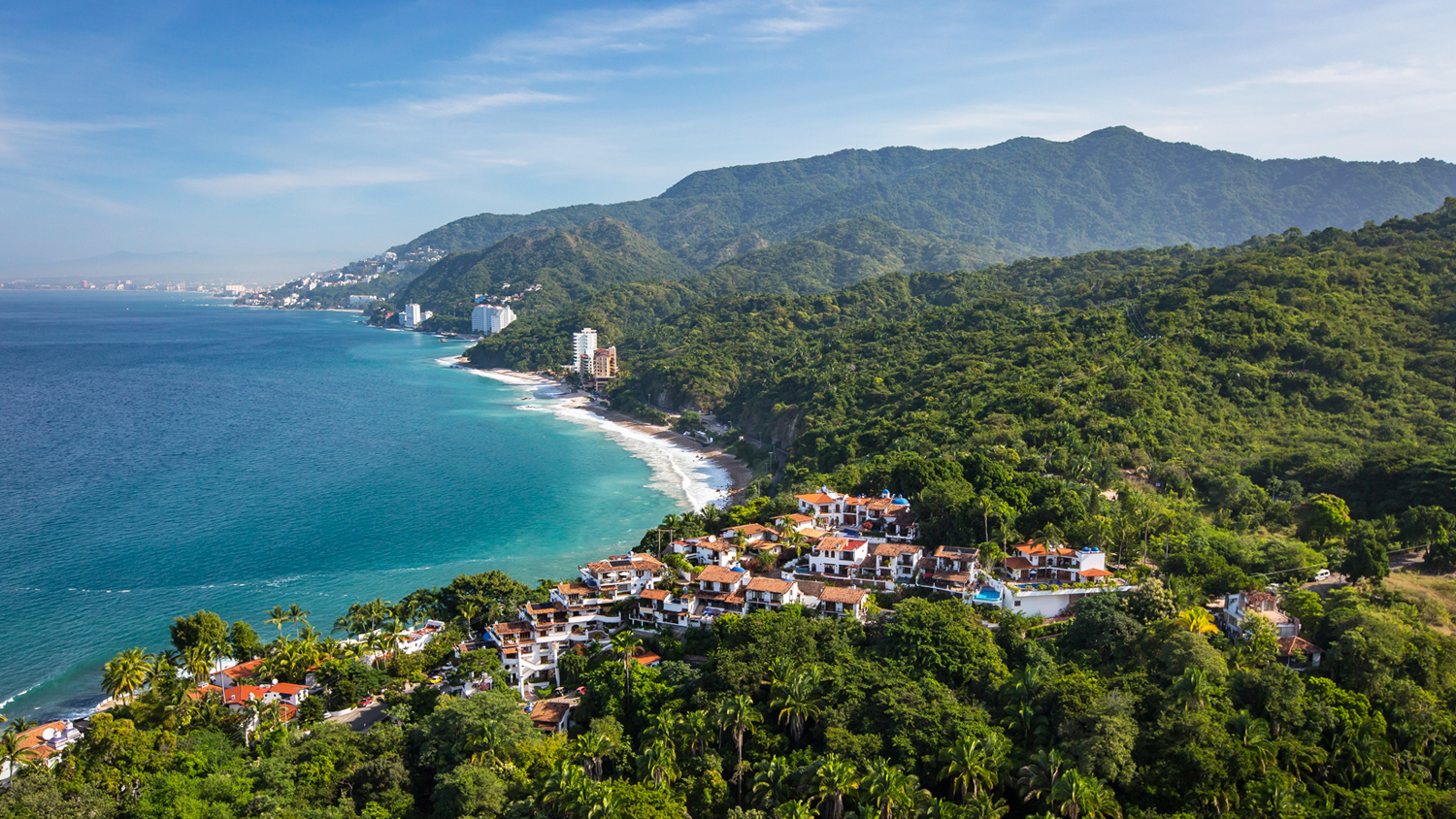 In this last delivery of Movies with Landscapes of Vallarta · Nayarit and Beyond, we present a list of films showcasing a more contemporary panorama of some of the most popular sites in our destination.

· Puerto Vallarta Squeeze (2004)
Starring Scott Glenn, this action movie featured the participation of Harvey Keitel and was directed by Robert James Waller. At Vallarta Squeeze you can get a glimpse of the Malecon, as well as the streets of El Centro de Puerto Vallarta, in addition to the iconic Parish of Our Lady of Guadalupe, which, by the way, was featured in the movie poster.

· Beverly Hills Chihuahua (2008)
Directed by Raja Gosnell, this Disney film was starred by Piper Perabo and Jamie Lee Curtis. One of its aerial shots highlights Puerto Vallarta’s downtown and it also shows the Romantic Zone and some beaches of the destination.

· Sundown (2012)
Directed by Fernando Lebrija and starring Devon Werkheiser, the comedy takes you through a tour along Puerto Vallarta, where you can see the Malecon, the arrivals area of ​​the Gustavo Díaz Ordaz International Airport, part of the South Shore and the city’s nightlife.

Click here to read  the first and second part of this article.

Women & Traditional Cuisine: An Event that Celebrates the Talent of Mexican...

Women & Traditional Cuisine will be the first event that will celebrate the talent of four well known Mexican...
Estefanía Montes
362 views
Events

Tequila, Mezcal and Raicilla: Artisanal Elixirs Derived from the Agave

These elixirs, a characteristic of Mexico’s culture, offer a great variety of flavors, aromas and textures...
Jorge Chávez
173 views
Specials